Give Your Brain A Natural Boost And Improve Your Thinking 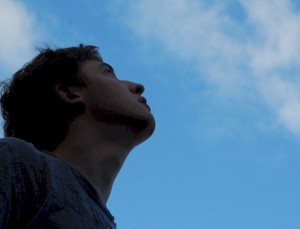 Are you finding that your Brain lately, at times, drifts in and out of a fog, the inability to be able to solely focus intently on a specific subject while getting that overall feeling of, or darn, I’m not as quick thinking as I used to be. In this busy world that we live in, as we’re now required to continuously multitask, is most likely the reason. This mental decline is also a normal and natural part of the aging process.

[ad#co-1]
As we do begin to grow older, the chemical circulation of our brain begins to decrease, the brain cells won’t burn energy as efficiently as it once did, the messages which are relayed between these cells usually gets distorted or crossed during the transmission process, and the brain muscle itself actually begins to shrink.

This slowing down process of the brain function eventually happens to all of us, some sooner than others. This cognitive decline in the cortex is also now beginning a lot earlier than ever before.

Usually tagged and dismissed as “senior” moments, these symptoms are now appearing as early as our 40’s according to brain experts involved in Alzheimer’s research. This can be directly attributed to the additional stresses which are associated with our busier interactive modern lifestyles.

Elevated stress leads towards higher levels of a hormone known as cortisol which is present in our blood. This will directly lead towards memory loss problems or even mild depression. So the idea is to regularly optimize our brain functions.

The good news is that there’s a few effective methods which you can do to slow down the process of this decline, or even at times reverse it. So surveyed was a group of experts in bettering the brain, as they contributed their ideas on improving brain performance.

Being As Social As Possible
No, not social media or spending your entire night texting or going on Facebook. But more of connecting with real live friends or family and actually socializing with them, is extremely important for keeping an active healthy brain.

Social interaction actively forces the brain’s memory cells to circulate a lot more as you’re required to remember people’s names, numbers, places and things, when following them along in conversation.

Also, if you’re doing activities such as playing Scrabble, you’ll need to remember various words as well as the rules. Research which was conducted recently, provided that being socially active maintains the brains vitality while reducing the risk of developing dementia or Alzheimer’s. There are a lot of other good reasons to stay socially engaged as well.

Foods Which Are Good For The Head
There are certain foods which are better for your brain than others. These include eating plenty of fresh green plant-based foods. The complex carbohydrates which are naturally found in plants are essential brain fuel. Carbohydrates also helps in the production of serotonin, which is a chemical in the brain which affects one’s mood.

You’ll also need to be aware of the “bad” fats which you ingest in your body. Everyone by now is aware that any solid fat, such as lard or butter, directly correlates with promoting heart disease, as well as raising the risk of brain disease, including Alzheimer’s.

All of these fats which we intake directly clings and then settles on our cell walls. These solid fats then makes the walls extremely stiff, making it difficult to be able to get “messages” passed from one cell to another.

On the other hand, there are some of the healthy liquid fats, such as extra virgin olive oil or canola oil. These types of oils will make the cell walls a lot more fluid as well as flexible, so that they’re able to communicate with each other a lot more easier.

Drinking Lots Of Pure Veggie Juice
There was a recent health related study which found that drinking pure fresh vegetable juice prevents the actual delay of the onset of Alzheimer’s. Making and drinking your own natural pure vegetable juice helps in the day-to-day performance and maintenance of the brain. To make your own brain juice, combine celery, broccoli, cucumber and carrots, and then puree. You may want to add an apple to add a bit of sweetness.

Drink it, and you may feel that “light bulb” jolt of brightness turn on in your noggin. This type of juicing is like an IV tube which is infused with pure vitamins and all the essential minerals that your brain needs to function at its peak.

Avoiding The Toxins
Try your best to keep away from the toxins. Caffeine for example is known to constrict your blood vessels, which prevents you from sleeping. That cup of joe also stops you from thinking clearly while dehydrating your system. Not good as your brain consists of 80% percent water. Can’t you feel that headache coming on.

You should also be controlling your alcohol consumption as well. There may be some that claim drinking a glass of red wine on a daily basis is good for you, but any type of alcohol isn’t good for the brain. Alcohol will disable and then take control of your coordination as well as slowing down your processing speed when attempting to think.

Also be careful with your prescription painkillers or any anti-anxiety medication which you may be taking, as they are known to diminish and dull the brains performance if used improperly.

Supplementing The Brain
Give your brain a natural mind boost. Finally, this is what you’ve been waiting for. One of the better natural brain boosters is acetyl-L-carnitine. This is a powerful antioxidant which is known to effectively regenerate brain tissue, this according to a variety of studies.

Acetyl-L-carnitine is what’s recommended if you’re having a bit of trouble focusing, getting motivated or you’re feeling mentally tired. It’s recommended that you take it in capsule form for best results. Take a dosage of 200mg to 500mg on an empty stomach every morning. You should begin with a small dose at first, to test it out. It’s also better to take this supplement “as needed” during the day, when you need a boost, this for the best results.

Why Not Give That Brain A Bit Of A Break
The reason why most have difficulty thinking is because we’re just overusing the brain’s energy. When you’re constantly thinking creatively, the thought process should ideally flow like this:

You have an idea, inspiration or thought, which leads towards some type of action, which then leads to manifestation, communication and reflection, followed by possibly a new inspiration.

But since our minds happen to be active all the time, we don’t bother to take the time for reflection. What you need to do is relax the mind more to be able to clear it.

Think of your brain and your thinking process as the infinite blue sky, and all of your random thoughts are just clouds which are rolling by. Sit quietly for just a few moments on a daily basis and observe your thoughts which are coming to you as well as passing by.

Don’t even bother to change these thoughts. Use this technique so you’ll be able to conserve your brains mental energy and you’ll be less tired when you need it. That’s why I often look like I’m in a complete daze during the day.

Is Your Business Ready For Cloud Computing Services Going Mainstream