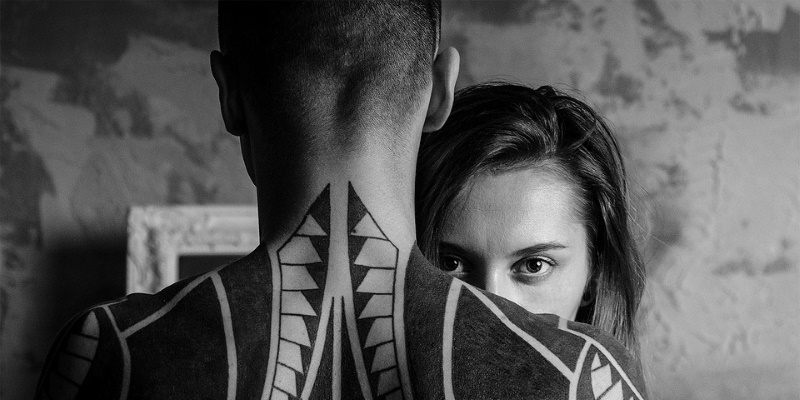 What we’ll often do is spend inordinate amounts of time looking for that perfect mate, “The One.” Once a man finds the right woman, find each other, know there’s always initial hesitation. Aloofness sets in, failing to take the necessary steps to cement down the relationship, to call it their own.

These steps will vary among humankind, cultures, barriers, and the stage of their maturity and relationship. Once you make the original commitment to a date, the next steps should be infinitely easier, but that’s not always the case.

Whether you’re deciding to announce she’s your girlfriend, the catch, tell her she’s the one, and gasp, tell her you love her, to move in, shack up, call her a wife, these are all decisions a man needs to make.

Hesitation can defeat you. Sure, these are life altering decisions which deserves sufficient thought, but if it’s real and you know it, then don’t hesitate long. Most will realize that a move needs to be made, when they’ve found the right woman.

Most men have been in enough failed relationships, met enough of the “wrong” women, that once he meets the right one, he knows. There’s no hesitation, he just won. So why wouldn’t he then tell her right way, there’s no point in delaying.

Lady luck can walk away, so he wants to capture her until some other guy manages to squirm his way in between them. With the billions of other humans on this planet, finding that one you think you can share your life with, still remains rare.

It comes down to the fear of the unknown, but he’s ready to take the plunge. He’s ready to make the trade off that’s required because she more than worth it. He fears commitment, but won’t run from it, he’ll just face it head on.

It’s time he wants nothing more than to settle down and love this woman. Ready to devote his life to her. Regardless if he fears commitment, as long as he’s ready, he’s showing up to be a real man.

For whatever reason, most men intuitively think that she knows and understands how much she means to him, as if she’s psychic. That being far from the truth.

Unless she is actually clairvoyant, you need to verbally tell her, use your words and actions. You need to constantly be there, show what she means to you, tell her you love her.

What hesitation shows is your uncertainty which always isn’t the case. It shows her that although you say you’ll always be there for her, one day you might just get up and leave. You might feel this hesitation isn’t noticed, but it’s creating internal damage.

He Doesn’t Want To Lose You

The fear is loss, losing the woman that he loves, and isn’t scared to admit it. Once the right woman is met, there’s constant fear of losing her, whether to someone else or to the happenstances of life. He becomes afraid.

She has become his better half, and if he were to ever lose her, then he’d lose himself, the man she helped him become. She’s become a part of him as much as he a part of her.

He’s also afraid for the woman that he loves, while accepting this fear. He’ll embrace it. He allows it to be his guide, helping him understand how important that she truly is to him.

He realizes that fear isn’t a sign of weakness, but rather self-understanding. He believes that she deserves what she dreams of, and he wants to give it to her.

Be There For You

He wants to be the one to fill her vacant spaces, to have her experience adventure, try new food, drink fine wines, regulate her moodiness. He wants to share as many new experiences with her as possible, this because she’s become a vital part of his existence.

He wants her to look back and then reminisce of all the great adventures and then smile, that’s all he wants. He wants to make her love life, that she’s happy and content with her journey, that she made the right decision, a lifetime of happiness.

Deciding on whom you’re wanting to spend your life with, for better or for worse, is the most important life altering decision that a person can make in his or her life.

There’s No Reason To Wait Any Longer

Although everyone will procrastinate, to come up with excuses or begin to conjure unbelievable or highly improbable scenarios, at times even delusional, this in order to avoid potential heartbreak, most won’t allow that to happen to him.

What he can’t think of is one valid reason to hesitate any longer, to wait another moment to tell her exactly how he feels, this because there aren’t any. She is the one. He hopes he’s the right man for her, he wants to be, so it begins with taking that first step.

Most often, what people will choose to ignore are all the reasons to leave someone, to call it quits. The reason why most relationships are doomed to fail is because the two individuals involved, no longer communicates with each other.

But once you find the right one, there’s no reason to resist. There may be false excuses to delay, but they’re only excuses. Rather, he’s completely honest with himself, this when he knows he’s found his soulmate, then he makes her the one forever.

How To Magnify Your Personal Power To Gain Mental Strength