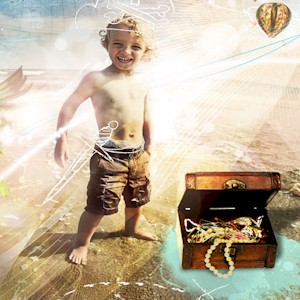 We’re taught from an early age to be great, to not make mistakes, attempt to be perfect. Being the best you can be is a worthy goal, but the pursuit of excellence is a slippery slope. What we also deserve is the right to pursue our dreams, whatever they may be.

The pressure we face once we force ourselves to be great can lead to our downfall, feel insecure, or even have narcissistic tendencies. This can then blunt our performance and potential. What pursuing perfection reveals is a dark side to what’s a positive quality.

The reason being it produces high levels of anxiety, as perfectionists are known to age quicker because of the stress of doing things without error. It’s proven that the pursuit of excellence can strain into mental issues.

Attempt To Be Perfect
What attempting perfectionism does is dampens the quality of our life, this because once we reach a goal, it’s usually not enough. What this can result in is accelerated burnout at the workplace or school.

The mind burning out, feeling exhausted because of extreme stress which leads to chronic fatigue, can then contribute to poor performance, which ironically counters the pursuit of perfection.

There’s a certain tipping point in our wanting to be great, the “Tomorrow I’ll be perfect” syndrome, as it’s always set too high. Then it’s our self-esteem that suffers, this because we expect to achieve our goals but can’t reach them.

The Environment Of Competition
Parents who are overly demanding can push their kids to feel intense anxiety which only slows down their progress. This focus on being perfect, to be smarter or more accomplishment can be disabling, and have dangerous consequences.

The parents who constantly pushes their kids to “succeed,” have no idea of the stress and self-doubt that they’re instilling in them.

They make them feel like their failures, unworthy and undeserving because they can’t live up to expectations. The parents scold them instead of culturing and encouraging them.

We grow up in an environment of competition that starts in grade school. Not all children are gifted or strong, but are yet thrown into the same classroom to compete with others who are, which elevates stress while lowering esteem from a young age.

Then There’s Spoiling
Then there are the kids who are constantly overpraised and overindulged, which can lead to entitlement and even narcissism, which blunts their motivation, becoming lazy. This results in insecurity later on in their lives.

Once a parent constantly tells how special they are, and unless they are truly gifted, can lead them to feel like a phony. They feel like a fraud since they’re not able to live up to how their parents defines them.

So once these kids enter into young adulthood, sent off to college on their own, they phone mommy seeking help because they have to do things on their own, which becomes too overwhelming. The over inflated sense of self pride then results in low self-esteem.

Where’s The Delicate Balance
There are the parents who overpraises their kids, while others are too demanding and critical. The child is at a disadvantage either way once they face the real world.

Once children feel unloved, they find ways to get noticed. Those who were fed false praise or pushed too hard, grow up wanting to prove something, this so someone will give them the attention that they desperately want.

They just want to prove that they’re worthy, this to confirm to everyone that they can excel. So they push themselves beyond what they’re capable of, which inevitably falls short.

Even if they’re good in one area, pressure then mounts in another because the feeling of insecurity exists, then there’s the need to challenge them at its core, this to rid of the self-shaming attitudes.

Children Mirror Their Parents
Children will pick up the damaging attitudes from their parents. Their critical inner voice becomes destructive while it carves out harmful attitudes.

This critical voice then fuels the feelings of insecurity and the pressure to be perfect. They end up feeling that they’re never good enough, don’t measure up, that they’re a fake attempting to fool those who they know.

This damning voice demands they be better regardless of what they achieve, it never seems to be enough. This is why there are some who are rich and never seem happy or just hoard their money, thinking it’s not theirs or they deserve it.

The Pursuit Of Success
Parents need to love their kids for who they are, as each are brilliant in their own way, this by praising their effort and not demanding it, encouraging them to do what they like.

The parents need to lead by example, to foster a sense of accomplishment, to display the pursuit of doing things they’re passionate about, working hard to reach their goals.

To create that delicate balance between nurturing and offering the right degree of praise to their kids, to encourage enthusiasm and independence, while working hard.

Be The Best You Can
For anyone to be perfect in this world is difficult, so that shouldn’t be the focal point or the goal. What’s important is knowing your worthiness, as feeling insecure is something everyone struggles with.

The goal should be conquering our inner critic while becoming more self-accepting of ourselves, that being our best doesn’t always mean being perfect.

There are just a few individuals who are able to be the “best” at what they do, so trying to be successful rather than being successful is what matters.

So pursue the things which means something to you. Asking your kids to try their best, is the most valuable lesson that you can teach them.