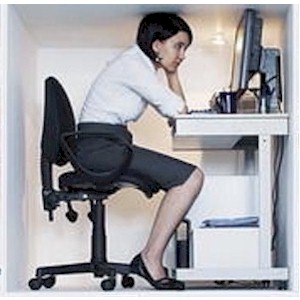 This begins with knowing yourself, the little tweaks and irritants that slows you down. You know exactly when during the day your personal clock is the most efficient, or become fatigued. So the key becomes to manage these times the best for maximum production.

So realize exactly when your peak productivity strikes during the day, and always schedule your most critical tasks to do during that time.

If you find your superhuman powers are before 10AM or late at night, then make it a point to block off these times, to get whatever you need done.

The Power Of Delegation
There’s power in teamwork and numbers. There are also certain things that you’re good at, are deficient at, or you despise doing. Once you become overwhelmed with too many tasks, or become bored by tedious work, then learn to delegate.

It’s almost a certainty that there’s someone who can do that same task more efficiently, or enjoy doing it, so take advantage of the power of numbers, and then do what you do best.

Create Time To Innovate
The biggest brightest of companies allow their employees to think out of the box from their regular jobs, and allow them to diversity their skills by working outside their routine projects, or have sessions on improving their own jobs that would benefit the company.

The problem is that most will just continue to “do,” so there’s no time to innovate. Doing the “same-old same-old” every day does is restricts you from doing things differently or better.

So set some time aside, it could be a portion everyday, or at the end of the week, just to brainstorm and hash out new ideas, thinking of things which can improve.

Get As Comfortable As Possible
Sitting for long periods of time is now frowned upon by the most forward thinking companies. This because of the sore back and fatigue caused by the prone position.

What research shows is that even if you do actively exercise, if you sit down for long periods of time, your health deteriorates.

So what’s been developed are more ergonomic workstations which offers easier sit-stand options, chairs which naturally complies with your body type, desks which reclines so your neck and back won’t be strained.

Avoid Getting Easily Distracted
Temptation to do anything but work is luring to the brain, this when it knows work needs to be done. So develop the discipline to avoid these mind traps of being unproductive.

It’s tempting to peek into Facebook or check your email every 15 minutes, which becomes a dangerous proposition as procrastination bites. The default switch in the brain is to avoid doing work.

So become clinical when managing the trap that is distraction. If you need to post, then use the various automated posting apps. Always keep your work and personal accounts separate, as employers have ways to track your every move online.

Avoid Easy Habits
What’s known is that the average smartphone user will check their device over 200 times a day. So put your phone away during those critical times when you need to get work done.

Placing it out of sight during your critical work hours helps in avoiding the temptation. Nothing should become more important, than doing the immediate work that you’re being paid for.

“Focus” Instead Of Multitasking
You might think you’re more productive or efficient by sending out emails during a conference call, but all you’re doing is sidetracking yourself.

What attempting to multitask does is reduces efficiency in everything you do, which dilutes your quality of work. So if you need to get something done, then just bear down and focus strictly on the task at hand for best productivity.

Know that the human brain is only capable of intently working for 45 to 60 minutes at a time, before it needs to reset itself by needing a break.

Organize Your Tasks
Create a precise to-do list the first thing in the morning, or preferably at the end of the workday before going home, listing in priority the things you need to do.

Organize using a day-planner or an online filing system, and make sure that you stick to that list of priorities. If and when emergencies arise is the only time you should divert from the tasks.

Schedule dedicated times when you can check your emails, and make sure you stick to it. You can plan by replying to emails first thing in the morning, or right after lunch, and then the end of day, and stay disciplined.

If you think this schedule is going to be an issue with your coworkers or clients, then tell them ahead of time how you handle your communication throughout the day. Obviously, open emergency time sensitive emails.

Change Of Scenery
What most will have are productivity swings during the day, such as feeling a bit foggy mid afternoon. Once this happens, take a break by looking outside at nature, or if that’s not possible, just looking at “nature” images on your computer will increase focus.

The best solution it’s found is to take a short walk outdoors. What research shows is that taking a 15 minute walk during lunch can significantly reduce stress, while reactivating enthusiasm for the remainder of the day.

What’s known is that any habit needs 21 days to change. Trying to alter a behavior so it become automatic, can take up to two months. So the time to start is now to improve your productivity.

Are You Constantly Praised Feeling Entitled Or Never Good Enough