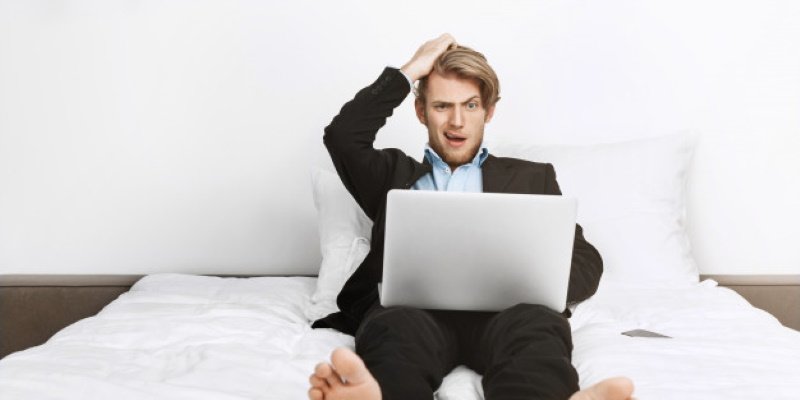 We’re conditioned to avoid making mistakes in life. It’s also a tad presumptuous thinking we can do things right the first time, every time. In today’s “new” economy, if you’re not falling on your face routinely, you’re then spinning your wheels going nowhere fast.

Those who are proud they don’t make mistakes, are playing the game of life without risk or novelty, without making progress.

If you or your business can’t accommodate or at times even reward the fate of failure, then realize in the long run you won’t succeed.

The reason being the easiest solutions to the biggest problems which arises, aren’t obvious until you take action.

The biggest mistakes you make in your business if handled properly, can lead to the road towards success sooner than you think.

The sooner you accept, reveal, and solve your mistakes, the sooner you’ll find a solution that works.

Don’t bother prolonging the agony. Get over it by realizing mistakes are to be expected, and then move on by fixing it.

The key becomes learning to fail as often as possible to work out the kinks, to succeed sooner.

Failure Is The Key

The most successful of businesses have a long and gallant history, of they failing miserably before they succeeded.

One of the biggest pioneer computer companies failed numerous times, until they finally built it right.

The statistics however, show that failing even once, most will quit, as 96 out of 100 business startups will vanish without a trace within a year.

The reason for this is because they never learned or developed from their mistakes, or they feared success.

Failure Is A Blessing

There are some who can’t afford to make mistakes, such as doctors or pilots, among others. But for the rest of us, especially in the technology sector, making mistakes is a prerequisite before doing things right.

The Internet industry is a world of hit and miss, working long hours, trying out a lot of ideas and seeing what sticks on the virtual wall.

This means making a lot of assumptions, and then eliminating the bad results as they arise.

But yet, the “old economy” mindset still persists. The attitude being, make sure everything is thought out first, that everything is proven before taking action.

The current economy no longer offers this luxury, as it accelerates at warp speed moving forward.

Speeding Up “Trial And Error”

So accelerate the development cycle instead of slowing it down. Plan to and expect to fail as quickly as possible then innovate.

Find better solutions, develop new ideas, and try them out before your competition does. Some may work, most won’t, but you’ll never know until you try.

Don’t penalize yourself for making mistakes but encourage failure instead. Call it troubleshooting, testing or eliminating the “bugs.”

It’s usually the most obviously flagrant or brilliant mistakes you make, that leads to a breakthrough.

Although you may claim you expect and encourage mistakes, instead you punish yourself or will quit, thinking you’re not cut out for it.

Instead, begin to foster an environment of discovering and looking forward to mistakes, rather than discouraging them.

Instead of giving yourself the stamp of failure, dissect the mistakes instead. Solve them, and learn the lesson.

Train yourself to recognize the errors you made, discover the path which led you astray, and resolve the issue.

Rapidly prototype every project by bringing ideas and concepts up to speed as soon as possible, then get them into their final form.

Solve the mistakes along the way by fixing them quickly.

Get a project up and running, anything that resembles the end goal or vision, by immediately fixing what isn’t working.

This is found to be the best solution for doing product development, research and marketing, which is known as creative trial and error.

Never shame yourself, never cast blame on yourself, but instead commemorate the mistake as it brings you a step closer to perfection.

The reason why mistakes continue to go undetected, or progress slowly, is you don’t like to admit you made a mistake.

So instead of thinking you are a failure and begin procrastinating, reward yourself instead.

When your car breaks down, you just fix the problem. If a project or a process veers off course, consider that a breakdown.

Rather than spending time blaming yourself, be thankful the error was found quickly.

Know exactly where you are, where you’re going, and decide what you need to do next, so you can get back on track.

Clearly acknowledge a mistake was made. Make no admission of guilt, don’t penalize or blame yourself. Instead, just fix the problem and anticipate the next one.

Develop your mindset so it’s capable of learning from your mistakes. If you don’t have the aptitude to learn from them, then it turns into an accident.

So debrief everything, this whether good, bad, or indifferent.

Instill the four-stage process of learning: Know what works, what doesn’t work, what went wrong, and what to do next.

One way of getting the process moving on a project is declaring it a “state of emergency.” What emergencies does is it immobilizes and motivates.

This will then give you the attitude of “do-whatever-it-takes,” especially in an environment where mistakes are expected and tolerated.

Total quality and zero defects doesn’t exist in this day and age. You can’t also afford the time or resources that they take up, so adopt the 80/20 Rule.

There’s always a certain level of quality that goes beyond making mistakes, which is a viable economic alternative.

Unless the outcome impacts life or death, the cost of perfection can’t be justified.

Use the mistakes you make as opportunities to better improve your production process, this by ironing out the kinks.

The Obligation To Be Fully Accountable For Your Life