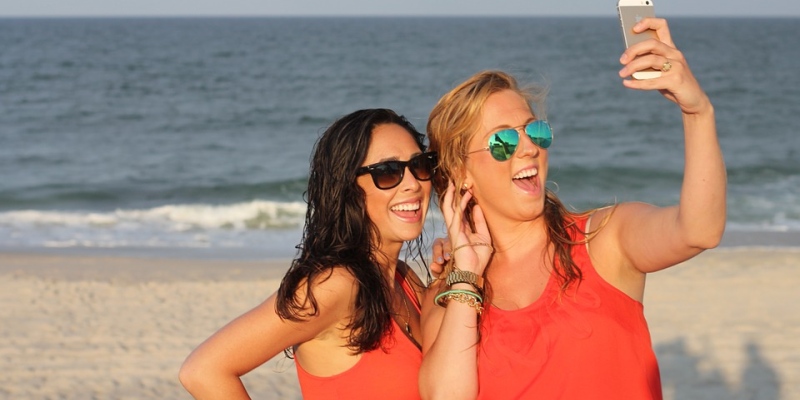 Instant technology has become too much of a convenience, to the point most won’t leave their smartphones for more than a few minutes. Some will now even take it into their shower, wrapped in a plastic bag so they won’t miss a single text or call. So they won’t miss an Instagram update.

It’s now been close to 40 years, since the world was been introduced to the first home based personal computer, which was small and somewhat affordable to own.

Today, along with the Internet and it’s evil stepchild Social Media, it has become the hub of our everyday lives.

This is where the issues for most begin. We’re both the beneficiaries as well as the victims, of this insanely wired world.

Most realize the upside and the downside of this technology. Those who are older, have a love/hate relationship with it.

The landscape is altering so quickly, it becomes difficult to keep up and manage it, realizing it’s not going away any time soon.

When it comes to digitally interacting with others, not all of these changes have been that great.

What all this technology has created, is a noticeable lack of work ethic in the workplace, this according to the “old school” executives.

They’re complaining about the poor people skills and the lackadaisical attitudes, of the young graduates of today. Often referred to as millennials.

Somewhere, at sometime during the educational process, there’s been a shift in transition.

These young students, the new workforce, the ones who grew up with an earphone stuck in their ear, lost their ambition somewhere along the way.

In the past 20 years alone, the level of empathy among college graduates has dropped enough to become a noticeable measurement. During this time, more incidents of bullying, both online and offline has increased.

There’s a distinct parallel between the increase in instant technology, and the sense of entitlement and abruptness in these younger people.

This correlates, since sending a text which says “I’m having a bad day today,” doesn’t portray the same empathy when telling the same to someone face-to-face, while in tears.

There’s been a recent study on a group of post graduates, one in Japan and the other in North America. Both groups were given a difficult math and word problem, which was University level difficult.

The Japanese students labored for over 60 minutes before solving it, or by giving up.

The average North American student, spent a total of 15 minutes before everyone gave up, with no one being able to solve the problem. This indicates a low tolerance level for thinking.

Their attention spans, patience, and resilience were nonexistent, thanks to today’s everything instant and convenient technological world.

Once this new generation becomes overwhelmed, what they’ll do is surrender readily.

What the online world offers, are way too many options. Instant things to purchase, immediate things to watch, what to surf, what music to listen to.

With all this variety, what the young people have developed are short attention spans, instant gratification, and wanting the next new shiny thing.

They tend to give up or quit easily, and wait for the next new novel thing to surface.

This trend is also carrying over into their relationships, friends, and careers, etc.

New workers are now conditioned to think like “free agents,” while college graduates are expecting to have numerous careers in their lifetime.

Even from just a decade ago, most are less patient and a lot more irritable, wanting and expecting instant everything served to them.

They want immediate satisfaction such as banking transactions, fast food, to all of life’s questions answered immediately on Google.

Studies show what all this immediate gratification does, is declines work ethic and discipline.

The brain, reacting like the muscle it is, resolves itself to all these easier solutions.

Once a muscle doesn’t get the workout it needs, atrophy sets in.

It’s thought the average young person, is only disconnected from technology for just an hour a day.

What this means, is the brain waves are constantly stimulating and streaming, while the dopamine is flowing.

What all this external stimulation causes, is a decrease in motivation, as everything they want is given or available to them immediately. They don’t need to work for it.

They get these external rewards handed to them, which reduces their internal drive and ambition.

What these younger individuals do is work for the reward, and not for the satisfaction which they should be getting from the work they do.

This external stimulation, which is usually artificial, reduces incentive as well as self-sufficiency.

No Measurement Of Success Or Failure

The younger “plugged in” generation, are growing up in a world where failure and making mistakes no longer carry consequences. This because of the video game mentality and culture.

In real life, they see someone commit a crime or cheat on an exam, they just shrug.

They watch people get shot while watching a movie, or fail massively on reality TV, and it doesn’t mean anything to them, this whether it’s real or not.

What the parents are guilty of, is they’ll step in and shelter them, prevent their kids from getting hurt, protect them from the consequences if they fail.

What this does is it completely desensitizes them, while making them emotionally unprepared for the real world.

What the parents of these millennial’s are guilty of, is they protecting them from the possibility of any type of danger.

So any ambition or drive to succeed that their kids may of had, no longer exists.

A Sense Of Entitlement

What the younger generation, the so called millennials, has grown up into is a world of everything free and instant.

It comes down to supply and demand. Whenever there’s adequate supply, the demand drops.

It becomes easy for them to feel entitled to all the resources, which we the older generation had to pay for in the past.

As a result, this crop of younger people who are entering the workforce, doesn’t care if they have a career, get work experience, earn an income, or want to pay their dues.

The reason being everything that they ever wanted, has been given to them, served up on an electronic platter.

How To Know Your Chosen Career Path Fits Your Personality