How To Create Your Own Reality By Losing That Big Ego 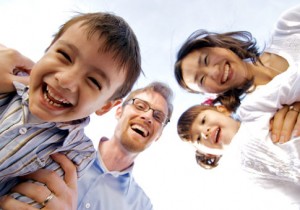 Some people just choose not to be happy. If we’re not happy with how our lives are going, then we just tend to attribute our current state to something that’s completely out of our control, like blaming it on a string of bad luck or circumstances.

There are also others who are just not simply blessed by external powers like others seem to be. We then as a result feel bitter, angry, disappointed and then eventually become depressed. It’s always a lot easier and a factor of human nature to just focus on what’s wrong or missing rather than what we have or what the potential solution is.

[ad#co-1]
If happiness was based on just the results of what we currently have, then those who may be lacking what our ego is perceiving we lack, should then be unhappy as well.

But it’s quite clear that this isn’t the case. For all those billions of people who happen to be living in Third World countries, with lesser means, they all living in similar comparative poverty conditions, most often have superior indomitable spirit. They are often laughing, displaying affection by dancing and are just thankful for the smallest of events.

Happiness Is…
If happiness is based on a result of ones financial abundance, then all of the millionaires of the world would be overtly happy, but many are obviously not. Those who have lesser means in life then shouldn’t be happy at all.

Yet, there’s numerous examples of couples who may have several children to raise, and are having an extremely difficult time making ends meet at the end of the week. They are also most commonly the happiest, go-lucky people around.

They’ll joyfully describe to you their plans for an upcoming family vacation, a camping trip. All they could afford at this time is taking their tent to a nearby lake. The entire family is giddily excited and looking forward to their upcoming adventure.

If happiness was based on ones good health, then how would you explain the courageous as well as determined way in which some people stricken with a terminal illness, are able to spread their love and joy to all of those around them.

There are obviously numerous examples and cross arguments, but it’s clear that it’s not the current state of ones life which determines how they feel. It’s rather their perspective on their situation that makes all the difference. What this equates to is we have a choice, our own choice, regarding how we decide to feel in any situation.

Keeping Your Ego In Check
The ego which is a big part of our being, doesn’t at times realize that this is true. The ego usually appears to have a mind of its own, as it will almost always react on auto-pilot when triggered. This is based on previous beliefs or past experiences which the mind has stored for certain situations.

When the ego is in complete control, then we don’t feel any different when we’re presented with the same situation regarding “out of control” events which are occurring externally in our lives.

If we believe that someone has intentionally hurt us, it then becomes a pretty obvious black and white solution as far as the ego is concerned. It’s not interested in viewing the situation from any other perspective.

Since ego won’t bother to change its perspective, the issues then just begins to pile up, reinforcing and then reassuring all of the old limiting beliefs. We can then begin to get stagnant with our selves and then life begins to be like an endless series of struggles.

The Need For Control
The truth is however that life is full of challenges for everyone. Things do not always go as planned. At times, they just go badly. What we can do is control and keep tabs on our emotional climate, similar to how we’re able to control the heat in our homes.

We’re able to set our own internal thermostat by becoming a problem solver, by taking action and becoming a controlled, peaceful and mindful being. Of course we should transcend the judgments, the reactions as well as the “Chicken-Little” tendencies of our ego.

This may perhaps be the biggest challenge for those who choose evolution and conscious growth. It’s a process which requires mindful attention directed towards our inner world, our self-honesty and a dedicated commitment to make the most out of our lives on this Earth. It also can be rewarding, even when we’re taking those initial baby steps.

Why Mobile E-Mail Messaging Is Necessary For Your Business