How To Effectively Solve Any Problem Like An Expert Would 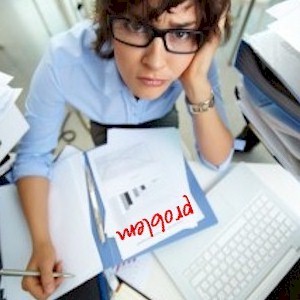 We all have problems, our own issues, they arise when a current situation differs from what we ultimately want, a desired goal. So we somewhat go around in our own way in the attempts to solve them.

We eventually find out that some problems are nothing more than searching for a means, an equatable solution, this so we can reduce or eliminate the differences between our particular goal, and the current state that we’re in.

You have a problem of wanting more money in your bank account, but your diminishing checking account balance doesn’t agree. You’re wanting go out with that gorgeous person, but you get tongue tied just thinking about it. Today, you’re going to be a bit late for work since your car won’t start. These are problems which occur when what you want, and what you currently have, doesn’t match.

But it can be an elementary process. All that problem solving for a majority of issues is just searching and solving. When there’s an easy clear procedure which takes you from one step to the other, that’s referred to as a “well defined” problem.

A well defined problem is say boiling eggs. What you do is follow a simple procedure or a recipe, and then you’ve made breakfast. Your original problem was you wanted boiled eggs for breakfast.

The More Difficult Problems
Then there’s those problems which has no clear defined procedure, which are referred to as “ill defined.” The majority of life’s most major pressing issues are unfortunately ill defined.

You wonder how you can make and save enough money for retirement, how the conflict in the Middle East can be resolved, how to make yourself noticeable to that certain person, etc.

These can also be considered no definition problems since they don’t have a clear enough goal which states how much you actually need to save for retirement, for instance. They have no clear solution or path.

Steps To Solving A Problem
• First and most importantly, you need to understand and then precisely define what exactly the problem is. Do this by developing a representation of the aspects of the issue. You do so by searching your own knowledge base for information which appears to you to be a solution.
• After you understand this, then draw out a plan to solve the problem. This involves searching what you already know for solutions which are appropriate for the problem.
• Then proceed to carry out the plan by executing your solution to the issue.
• Look back at what you’ve done and then ask how it could be done better.

This technically is how you should be able to solve a problem, any problem, but the majority of people will make a critical mistake which derails the entire process, making it unlikely that they’ll succeed.

Avoiding The Initial Step
Regardless of what the problem is, most will miss the first step, and attempt to jump directly to the solution of the problem solving process, usually with disastrous consequences. They’ll use more of a trial-and-error approach.

What they’re avoiding is initially taking the time to completely understanding and dissecting what the problem is, so their attempts at the solution fails once the unforeseen glitches arise.

In contrast, the proper way of doing so is spending the time to completely understand what the problem is, this by comparing what they already know about the issue, with what they need to know or learn in order to get a complete grasp of the situation.

Understanding Exactly What The Problem Is
Begin by organizing your knowledge of the problem which includes relevant information regarding the type of problem that it is, and then the exact procedures for solving problems of that type.

This means that when thinking about problems, relevant information is then automatically activated into one’s memory, along with the relevant solution procedures.

At times, some will just think about a problem, but their knowledge is usually too general and scattered in their memory, which makes the problem solving process a tedious hit-and-miss attempt.

For instance, an inexperienced salesperson will focus on the general goal which is making a sales pitch, applying their certain sales techniques in a routine fashion in the hopes to get a sale, their goal.

What an experienced salesperson would do is focus more on the specific goal which is understanding what the customer wants and needs, while developing a relationship of trust with the customer.

As a result, what the experienced salesperson does is they’ll spend less time on “working” the customer, or showing and telling them the things in which they don’t care about, or have any interest in.

Asking All The Right Questions
Once you perform a search on a Search Engine, you realize that the exact quality of the search results will depend entirely on the quality of the keywords which you use.

It’s the garbage in, garbage out process. This is the key to developing a stronger understanding of solving a problem, which is asking the right questions.

Those who are experienced are more that likely to ask the precise questions because their specific knowledge is organized more efficiently. The expert salesperson’s questions are organized around knowing what the customer wants and needs.

Since this salesperson has impressed upon the customer, that their needs really do matter, then a relationship of trust is established, making it easier for the salesperson to introduce different features without turning the customer off.

In contrast, the inexperienced salesperson will often bombard the customer with all of the features of the product that they can remember and process, or will attempt to hard sell the customer, creating an atmosphere of distrust.

Working Towards What’s Known To Unknown
Experts will solve their problems by working forward from the information which is given or obtained, to arrive at a solution. The novice will tend to work the opposite way, backwards, focusing on a quick solution.

As a result, it slows down the entire problem solving process, making it less than likely that a solution will even be reached.

Know The Symptoms Is It Food Poisoning Or The Stomach Flu