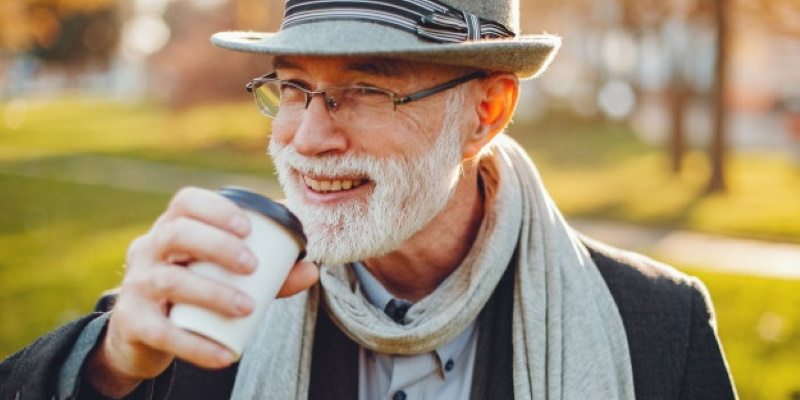 Most will just blame it on getting older for our memory loss, having a “senior” moment, once we reach the latter years of our life. This once we begin misplacing things or forgetting to do something. This is how we’ll excuse ourselves once we happen to forget.

Our cognitive function regardless of who we are can go on the decline, which refers to our ability to be able to process standard information.

What begins to distort is having the ability to store and retrieve information to solve problems, or discuss past history.

The disorders associated with loss of cognitive function can result in dementia, which is a noticeable loss in mental ability, which may begin to interfere with our daily executive functioning.

Some of the more notable cognitive issues because of dementia, includes:

Dementia can often affect behavioral along with personality changes in individuals, some suggesting as a result of the aging process.

Dementia And The Elderly

Although dementia once it becomes progressive is most commonly associated with the elderly, it shouldn’t be blamed solely as a condition of old age.

A large majority of individuals who reach their senior years, don’t even develop the symptoms of dementia.

But nonetheless, it can become an extremely frustrating circumstance to the person affected, and especially to their loved ones.

Events such as misplacing items or forget appointments etc., actions and events where others are involved.

So the key is attempting to keep our brain in as tiptop shape as possible.

It’s recommended to begin with the recognized natural as well as alternate therapies, that might maintain and at times enhance better cognition.

That Friendly Cup Of Coffee

If you happen to begin your day with a fresh cup of coffee, or two, then you most likely know it makes you feel more alert and wide awake.

Caffeine is known to enhance mood as well as increase brain function. Coffee as a result is usually consumed directly before a cognitive related task is to be performed.

Coffee is known to temporarily heighten short term memory as well as improve reaction time, but isn’t as effective when it comes to long term memory retention.

Drinking coffee for extended periods of time has been studied for a variety of medical conditions such as Alzheimer’s, with varying opinion.

When it comes to the effect it may cause to other areas of brain health, other than for short term memory, studies are still under review.

Caffeine has shown some scientific evidence however, that supports its effectiveness when it comes to cognitive improvement.

Know drinking too much coffee however, is known to cause side effects such as headaches and an increased heart rate, so it’s advised to drink in moderation.

We’ve all most likely heard of or are familiar with the natural herb ginkgo biloba.

This has recently been one of the top publicized naturopathic remedies on the market, for improving or retaining memory.

Ginkgo biloba as a result has been actively studied for the treatment of a variety of conditions, dementia being one of them.

The results suggests it can potentially benefit those who may have early stages of Alzheimer’s, or multi-infarct dementia.

For this reason alone, there are a few natural health practitioners who recommend using ginkgo biloba to treat these conditions.

Remedies To The Rescue

What’s also recommended is maintaining a healthy diet which contains adequate amounts of: spinach, eggs and nuts, which may enhance cognitive well-being.

The key ingredient in all of these foods for added brain power, is a nutrient known as lecithin.

Lecithin, which is classified as a fat has been studied as a health benefit for a variety of conditions including Alzheimer’s and liver disease.

This particular nutrient has shown positive effects on blood lipids, especially when combined with certain plant compounds known as sterols.

There is evidence lecithin may also help when it comes to improving cognitive disorders, but there’s also differing opinions which are still mixed and under review.

When it comes to maintaining a healthy diet, it’s also recommended consuming plenty of foods which are soy-based, such as soy milk, soybeans, and tofu.

What these food products contain are isoflavones, which are nutrients that’s been studied for their benefits of potentially increasing better bone and heart health.

Although it’s thought isoflavones may improve mood as well as memory, tests are also still ongoing and not yet conclusive.

The Natural Remedy Known As Huperzine A

Most are not yet familiar with or even heard of a compound known as Huperzine A, which is recommended by some for its role in maintaining as well as enhancing memory.

Traditionally, Huperzine A has been steeped into teas. It’s been used for medical conditions such as: inflammation, fever, swelling, and a variety of mental disorders, such as schizophrenia.

Initial research also suggests that Huperzine A, may help in treating dementia and its related conditions, such as Alzheimer’s.

This compound does show evidence of improvement in clinical studies.

Always Consult With Your Doctor

It’s always recommended that you consult with your doctor first, before beginning any new alternate treatments.

They can help you in determining whether a natural supplement or herb may be right for you if they are familiar with it, and won’t interfere with your current medication.

Trying out one of these natural remedies, may just be what you need to stay as alert as you want or need to be.

NOTE: This review shouldn’t be considered a recommendation guide as it’s for informative purposes only.

6 Myths When It Comes To The Common Cold And Flu