If Looking For Artificial Intimacy Get This Free Love Potion 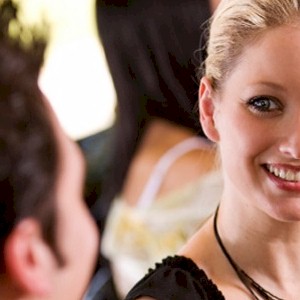 Today, most singles in the free world will resort to easy “meet” tactics such as speed dating, singles groups at events, computer dating or matching services, matchmaking from friends or co-workers which can often turn into disastrous and frightful blind dates.

All this effort just to find the perfect soul mate, the ultimate love of their life. There has to be, isn’t there an easier solution to finding Mr. or Ms. Right without the sweat.

There is a writer, her name Victoria Gladwin, who recently conducted her very own real life human science experiment, whether to determine if cupid’s little mythical arrow did indeed exist, if it was indeed true.

Does once stung and afflicted by this arrow really activated some type of a physiological reaction in humans, more specifically the human love hormone which dictates these feelings.

So Ms. Gladwin herself voluntarily took this said chemical, a hormone which resides in each and everyone of us, known as oxytocin. She did so in the name of science, so she claims.

So before going out on what was to be her second date with an unsuspecting man whom she recently met, it was found that this particular hormone did indeed have its desired mystical effects.

She actually felt a bit more giddy, open, the classic infatuation symptoms of being on a date, including feelings of: being calmer, more relaxed, affectionate, accepting, trusting and more patient, all this during their dinner date.

Most importantly, she actually imagined the two of them could potentially be a couple, and even considered his request at the end of the date to meet again.

Then There Was The Crash And Burn
Without the love potion that she took on her previous date, Ms. Gladwin then once again met her male friend over coffee, this time under different circumstances for another rendezvous a few days later.

This time, she was completely sober of the love hormone with just an injection of caffeine. She was absolutely shocked to find that her feelings were completely neutral, that the magic of the Love Potion she took was completely gone, and all she felt were blanks.

The smooth easy conversation that flowed at the restaurant the previous night, and the closeness that she felt they both shared during their walk after dinner, was now replaced with long awkward pauses with nothing to say.

The dream of the two of them together as a couple completely vanished. She now found this individual to not really be that attractive, but rather smug and standoffish about himself. The “ick” factor was setting in.

The easy and friendly camaraderie that they both shared at the dinner date was now a distant memory, and she was now even feeling a little uncomfortable with him because of the obvious lack of chemistry. What did she ever see in him.

So What About This Magical Love Potion
Ms. Gladwin noted in her science experiment report that although the love potion did make her more congruent towards her date, that it didn’t turn her into a complete zombie either.

She still had the faculties about her to decide whether of not she wanted to elevate the physical intimacy of the relationship if she wanted to. What it did was favor what’s known as artificial intimacy.

This is established when there are encounters between a man and a woman which has no other purpose or future other that physical attraction, with absolutely no regard for true compatibility.

Usually, we’ll hear of this type of phenomenon described as “love at first sight.” These situations will occur once individuals who are not really attracted to one another whatsoever, but their hormones will drive them into each others arms.

Why One Night Stands Exist
What this artificial intimacy involves is both a physical attraction to each other along with a type of approval seeking protocol which involves the submersion of ones true self.

So each partner can then temporarily conform to the tastes of each other, which heightens the sense of commonality that’s between them.

Ms. Gladwin reported that she actually did tone down the “intense, bitter, and chatty version” of herself when under the spell of oxycotin, while her date responded positively to the more attractive version of herself that she displayed.

It’s Artificial Intimacy
When it comes to artificial intimacy, any superficial congruences when it comes to beliefs, goals or interests will be seized to justify the sexual attraction between the two.

These similarities gave Ms. Gladwin the feeling of imagining this relationship actually had a future. We often hear this type of enthusiasm who may of been smitten, who exclaims, “I’ve just met the most wonderful man (woman) ever!”

“She’s beautiful and she laughs at all of my jokes.” This is the oxytocin talking, fueled overwhelming desire which drives the relationship into greater intimacy without commitment.

Without the presence of oxytocin, as Ms. Gladwin learned in her sorrow, that there really isn’t much substance to most relationships.

Love Potion Number…
Now we know through the miracle of science that we can actually conjure up the feelings of infatuation by using a love potion, but we need to consider the emotional costs.

We’ll certainly experience and feel the “skyrockets” go off and then imagine that we’ve found our perfect match while we’re under the influence of oxytocin.

But the important question becomes whether we’re actually compatible with our date and their personality long term, or if we even share any of their true interests. This will remain unanswered, as we attempt to conform to one another while growing physically intimate.

So what’s recommended for now is that just stay away from these types of love potions, and instead seek out healthy relationships which will last longer than getting a prescription.

How To Lose Weight Faster While Improving Your Body Image