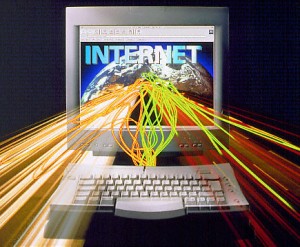 Did you know that a gentleman named Sir Tim Berners-Lee, is given credit for originally inventing and developing this little thing we call the World Wide Web, better known and loved as the Internet.

Recently, he warned that interactive Web 2.0 based social networking sites and their efforts to prioritize, as well as control the flow of their Internet traffic threatens the Web’s original universal intent of sharing information freely.

Sir Berners-Lee went and criticized Facebook, Apple, Google, Verizon and the Internet service providers for attempting to jeopardize the originally intended open access to Web content. He claimed that if the collective of the Internet users, allow for these as well as other recent trends to proceed unchecked, the Internet could eventually be broken up into fragmented islands.

He went on to say that we as Web users can eventually lose the ability and intended freedom of connecting with whichever Web sites that we want. Berners-Lee said the main problem with these social networking websites such as LinkkedIn and Facebook is that these sites are a silo, which is walled off from other Web users.

Although it’s true that these social networking sites may still show up on the Web while performing a search, the underlying data is however stuck and locked within a closed world, only available to its members.

Who Is Tim Berners-Lee

When Tim Berners-Lee was working as a consultant at CERN (a research lab in Geneva) in 1980, he developed a way to store information in a program that he named Enquire. A lot of the fundamental concepts used in that program was later used in developing a global hypertext system, which later became known as the World Wide Web or the Internet.

The WWW was developed so users could exchange information among each other easier. This became a reality when the first WYSWIG (What You See Is What You Get) hypertext browser was written by Berners-Lee.

The Internet, and the first web-based server wasn’t released until mid 1991. In order to standardize the WWW, specifications for: HTML, URLs, and HTTP were then standardized and published.

After the development and the advent of the Web, there were a number of spin off technologies that soon emerged. There were an array of server and client side, as well as database languages that were created to fulfill the needs of developers, businesses and individuals.

Client-side language programs executes commands on the users’ browser, and isn’t dependent upon the Web server. JavaScript is the main programming language used in client-side programming.

Databases has been developed for web usage to allow for ‘dynamic’ websites. A dynamic website refers to a site that allows for high levels of personalization when the user retrieves information. The most popular databases that are used include: MySQL, Microsoft SQL Server, PostgreSQL and Oracle.

The future of Sir Tim Berners-Lee’s vision and influence on computing is the Semantic Web. ‘Semantic’ means ‘meaning’. A semantic web is an environment where certain elements that appear on a document holds some meaning that can be automatically processed into some form of data gathering. Currently, the documents written in HTML on the WWW hold no meaning ­as they are presentation based.

While Berners-Lee is considered the ‘inventor’ of the Internet, the development of the Web has been a combined effort of a number of outstanding individuals. There is no doubt that 50 years from now, the Internet would be considered as one of the greatest inventions and historic events, compared to the printing press.

Apple At Fault
Sir Berners-Lee criticized Apple for being too proprietary in keeping its iTunes music store available only for it’s members, instead of his original vision of a free open Web marketplace available to everyone.

The more that this type of Web architecture gains popularity and gains widespread use, the less that everyone enjoys a singular, universal information based environment.

Berners-Lee went as far as to call for legislation to protect Net neutrality and freedom of use. He also criticized a suggestion by Verizon and Google that Net neutrality should not apply to mobile devices such as smartphones and tablets.

If the original basic designed principles of the Web are upheld, which includes:
– support for open standards
– making data openly shareable
– Net neutrality

The Web then promises for some “fantastic future capabilities,” said Berners-Lee.

He cited “linked data” as an example of a promising capability. Tagging pieces of individual data would allow for applications to read, as well as manipulate a lot more information. That could help users, for example, easily collect all data that’s available on a certain subject.

The original and ultimate goal of the Internet was to serve humanity. If we design it properly now, then those who access the Web at a later date will then be able to create things that we right now cannot imagine ourselves.

What Is Cloud Computing Explained