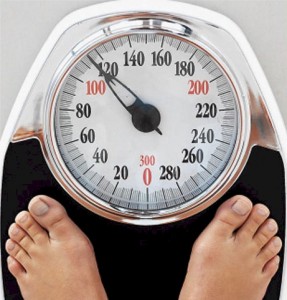 Having excessive body fat is theoretically pretty easy to solve. Fat accumulates when there is more intake of calories than you’re able to burn off. Simple enough, but the chronic ever expanding North American waistlines can also be caused by a combination of genetics as well as the environment. So what then is the real cause of this current obesity epidemic.

In North America, the growth of obesity in the population is approaching close to 29% percent who are considered clinically overweight. Throughout the world now, “The Fat North American” is a common stereotype.
[ad#co-1]

However, in the other regions of the world, other than Eastern and Southern Asia, there are more than 35% of men and women who are also classified as over weight, where their body mass index (BMI) is over 30+.

Can You Really Blame The Genes
Genes does happen to play a role when it comes to the development of obesity. There is a theory called “thrifty gene,” which postulates that our previous ancestors had developed efficient ways to store fat, which in times of famine, helped them to survive better.

Obesity and genetics are suddenly becoming startlingly complex. The publication, “The Human Obesity Gene Map,” outlines that there are more than 400+ genes or markers which appears to influence some of the aspects of a particular individual’s relationship with the food that they eat. Appetite, metabolism, taste, calorie expenditure and fat storage all most likely have genetic roots.

Research actually proves that the chances of us being obese actually increases anywhere from 35 to 75% percent, depending on our heritage. Twins actually has the highest level of heritability.

But when facing the risk of being obese, there can be up to three times a higher chance of being overweight for those who has family histories of being obese, which correlates directly to how severe the family’s obesity actually is.

Even when taking genetics and family history into account, there’s only around 1 to 2% percent who are obese and has an actual identifiable genetic defect which causes excessive weight gain, or promotes poor eating behavior. So it’s more important to control and regulate caloric intake for better weight management, and not always blame genetics.

Tipping The Weight Scales
If you assume that the “thrifty gene” theory happens to be somewhat true, than those who are able to store fat more easily would be able to survive those periods of potential famine, as would their children.

But in our current age of “abundance” and the availability of fast food, this ability as a result has created an obesity epidemic environment during the last few decades.

Obesity rates within North America can now be classified as troublesome. The highest of the obesity rates were around 36% percent in both men and women, which was tested just a decade ago.

The lowest of the combined obesity rates, which unsurprisingly are in the warmer Southern climates of North America, where people are generally more active, were found to be around 18 to 20% percent in both men and women.

But the biggest concern may be the rates of obesity in children, whether genetic or not, has actually nearly tripled in the past 27 years. The rates of obesity for children of certain demographic segments for example, are actually estimated to be three times higher than the national average.

So it seems that our abundant lifestyle choices along with being a lot more sedentary, combined with over relaxation has coalesced in creating this obesity epidemic.

Reaching Out And Fattening Someone Up
Another chronic problem and a “red flag” is that the latest studies suggest our friends as well as families (Hello Mom), strongly influences whether we’re becoming more obese or not.

The closer the social connections that we have, the influence is much greater. When living apart from your family or friends can at times negate this influence of eating too much.

Another interesting study is that if one person happens to gain weight, those who happen to be in the same social network will also most often gain weight, this resulting in a communal “spread of obesity.”

In close relationships or friendships, such as a married couple, if one partner happens to gain a little weight, the other will have around a 70% percent chance of gaining weight as well. So the obvious implications of a direct parent to their children’s influence are painfully obvious.

You Need To Shake It To Lose It
Genetics actually do not make the majority of people overweight if their siblings happen to be. Obesity happens to be a condition which results from the intake of too many calories while not burning off enough, by not producing enough motion such as exercising.

There’s a thought that some people actually store fat easier or happens to burn calories off a lot less efficiently, which genetics can obviously play a part, thus making us more overweight, while making it harder to slim down.

Preventing obesity is obviously the best course of action to take for those who are predisposed to weight gain. For those who are already obese, strict weight management requires a disciplined combination of precise diet control as well as increased physical activity.

The formula is not much more difficult than that. Properly controlling body weight happens to be one of those instances where making positive behavioral changes can actually counterbalance the genetics.

The Best Natural Foods For Your Skin On Hot Summer Days