Is Sensitivity To Gluten A Media Creation Or A New Disease 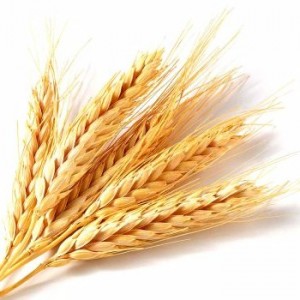 Anything that the general population creates a hype about, the Internet along with the media is lurking just to pick up and capitalize on the concern. Lately, the Net has been abuzz regarding the dire warnings and general blanket panic regarding our senses, which are also assaulting our minds regarding our health, when it comes to something as inconsequential as a slice of whole wheat bread. This new dread on your health has been termed “Non-celiac Gluten Sensitivity“.

So for those who actually suffer from wheat, or gluten-dependent symptoms when experiencing absence of biopsy-proven celiac disease, it does actually become a major concern to health care providers. This is because gluten sensitivity has protean based manifestations, such as:

These particular manifestations however improve or completely disappear after the withdrawal of gluten consumption.

Nonceliac Gluten Sensitivity Not A New Issue
The basic concept regarding nonceliac gluten sensitivity isn’t new however. A trial over a period of several decades demonstrated that 75% percent of adult patients who had experienced chronic diarrhea or abdominal pain were also gluten sensitive, when in the absence of celiac disease.

Further research hasn’t been at all robust. You can vision the researcher’s nightmare of attempting to demonstrate on an objective basis, what nonceliac gluten sensitivity actually is.

What would they be looking for? However, that being said, a recent study which was published in a well known Gastroenterology Journal did reveal that gluten actually worsened functional symptoms in patients who didn’t have celiac disease.

Sensitivity To Gluten Going Mainstream
What gluten actually is, is it’s part of a component of the complex protein mixture which is contained in wheat flour. Most experts also believe that gluten shouldn’t be solely held responsible for the abdominal pain along with the other neurological, as well as psychological complaints by individuals who eat lots of pasta and bread.

This is because there are other proteins which are resident in these foods such as a variety of enzyme inhibitors, or perhaps the yeast itself, which may potentially be responsible for the allergic reactions to wheat flour.

Also, carbohydrates may also be playing a role, as some which are ingredients in pasta as well as bread have shown to escape absorption once in the intestine system. What this results in is abdominal pain as well as diarrhea. The defects which are in starch absorption may just play a part, or may be all of the gastrointestinal distress which is experienced by generally healthy individuals who consume wheat flour.

So Who Really Knows
Confused yet? Wheat products are usually thought of as a healthy source of food. And the last thing that consumers need is yet another potential health problem, which then becomes a social problem, which ultimately results in psychological problems.

So the best diagnostic approach may be to use an unblinded oral gluten test for those individuals who may be showing “objective” gluten-dependent symptoms, which includes signs such as rashes, or random episodes of vomiting or chronic diarrhea.

For those who may be experiencing “subjective” based gluten-dependent symptoms, which would include abdominal pain or headaches, a single-blind crossover test should then be performed. This is where the patients are unaware whether they are actually receiving a placebo or actual gluten-containing substances.

So in the world of various and growing health concerns, the jury is still out on nonceliac gluten sensitivity, regardless of what all of the various media reports say, or what the Internet Doctor’s in general states as well.
[ad#co-1]

Facebook Begins In A Dorm Room To Attracting Billions

Review Food 4 Wealth How To Grow Your Own Organic Vegetables