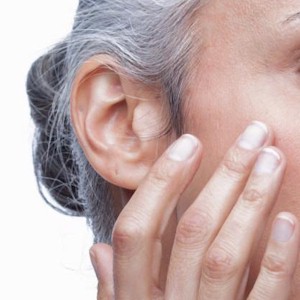 We never exactly welcome them but they’re an inevitable part of life, which are wrinkles as we begin to age. The issue becomes with so many so called miracle anti-aging creams on the market, all with remarkable promises, it becomes easy to become seduced by a quick fix, one single application and it’s goodbye.

But we know this isn’t the case. According to dermatology specialists, it’s not recommended paying a huge fortune going this route to diminish wrinkles. But this is where the confusion about proper skincare maintenance begins.

What these experts claim is that the outrageous priced and the exaggerated promises of these single application miracle creams lack are a few vital ingredients, such as sunscreen protection for one.

Dermatologists claim there’s no such miracles in a jar. If you’re concerned about wrinkles, then following the proper process becomes critical while giving the solution adequate time to react and take effect.

What asking for immediate results means is that you’re just wasting time, as these lines and wrinkles can only be reduced by a set daily ritual. Another mistake is caking on these skin care products too thick which clogs up the pores.

What Makes The Skin Wrinkle
Our skin is divided into three distinct layers. The deepest layer is the subcutaneous tissue, where the entire structure of the skin is attached. The secondary layer is the dermis, where the cells known as fibroblasts produces collagen, keeping the skin plump.

The top layer of the skin is known as the epidermis. This is where mast cells will divide gradually, while migrating forward towards the skin’s surface. This area is surrounded by natural compounds which are known as epidermal lipids.

The collagen bundles in the dermis are similar to springs in a mattress, which supports the skin’s surface. Once the collagen begins to break down, the upper layers of the tissue then collapses, which develops folds and wrinkles.

By the time that you see a wrinkle or lines on your face, the underlying skin has already lost the elastin and collagen. The collagen can be damaged by various factors, usually inevitable, but it can be lessened or at times be prevented.

The Great Outdoors
Brow and eye creases will begin to appear as will fine lines fanning over the cheekbones and the back of the neck. This because research claims that over 70% percent of adults don’t bother using adequate sunscreen.

What the sun rays do is they damage the DNA cells so it can’t replicate itself properly. Then once the cell blueprints begins to change, it leads to dried out blotchy skin and then wrinkles.

During this time, the UV rays will boost enzymes known as MMPs, which helps in tidying up old collagen, but they can also become aggressive enough to destroy the collagen itself.

Smoking, and even worse secondhand smoke is extremely harmful to the skin. The smoke that’s exhaled contains levels of nicotine, tar, carbon monoxide, and nitric oxide, all which weakens the skin’s barrier leading to the collagen breakdown.

Smoking also causes the blood vessels to constrict, which limits the amount of oxygen that reaches the skin. Smoking, similar to the sun, stimulates the MMPs which can degrade the collagen.

Stress And Facial Expressions
Expression lines are usually thought to add character as we age, as Hollywood directors will continuously complain that botox robs the “emotion” from faces. Excessive stress can result in frown lines, smile lines, and crows feet.

What stress does is it triggers corrosive hormones including cortisol, which hampers immunity and moisture loss, which leaves the skin dry while leaving lines. Experiencing stress results in clenched muscles in the jaw, neck, and shoulder areas, which limits blood and oxygen supply to the skin.

A furrowed brow is the most obvious sign that we’re experiencing stress, as this constant frowning causes minute stress tears, which deters the collagen making the skin appear less plump.

Another cause of expression lines is the skins mobility, this especially around the eyes and mouth area where the creases become inevitable. The best way to avoid wrinkling in this area is by investing in a good pair of sunglasses and proper UV protection.

Wrinkles And Aging
It’s thought that great skin is a part of our genetic makeup, but that should never be taken for granted, this since hereditary aging is responsible for just 20% percent of the total aging process of the skin.

This begins to intensify when in our mid-thirties, once the protein levels begins to decline at approximately 2% percent each year. This rate then begins to double beyond that as the protein production slows down even further.

Along with losing collagen, the skin then begins to lose its plumpness because cell division also slows down with age. The reason being that the stem cells can’t divide and replicate itself accurately, while becoming dormant.

Naturally Removing Wrinkles
There’s research which supports that one of the latest ingredients in skin creams, known as poly-peptides, can mimic the growth factors in the skin to wake up these dormant stem cells, while encouraging fibroblasts to manufacture more collagen.

Although the results on these tests look promising under lab conditions, the actual use of these growth factor peptides in the anti-aging creams still remains controversial.

In the meantime, retinoid, which is derived from vitamin A, remains as the only natural ingredient which is clinically proven to boost both collagen and hyaluronic acid.

Although these peptides are known to smooth out fine surface lines in the face within a couple of weeks, what’s recommended is retinoid for long-term cell growth, which also offers genuine anti-aging benefits.

Similar to vitamin C use, retinoid also needs to be applied for up to two months before seeing any actual results such as the reduction of wrinkles, but for most, it’s worth the wait.

When Alone Refocus Your Life And Get Your Priorities Straight