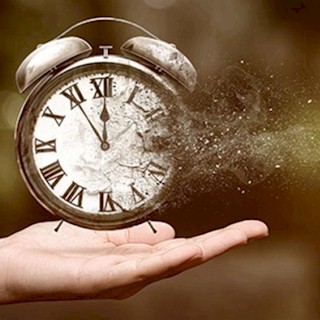 What everyone does, even the saints among us, will do is lie to themselves. This regarding certain things, this regardless of how insignificant they may be. Most lies are harmless, and may even at times be beneficial, such as to reduce the friction that the daily stresses of life can bring.

But what about the more fatal lies that we secretly tell ourselves, stubbornly. Those lies which have become so ingrained in us, that they reside permanently in the back of our minds. This to the point that they influence our behavior, in ways which can be harmful. These are the lies that we’re so accustomed to, that we believe they’re true.

They’re so embedded into our belief system, that we don’t even recognize them as being lies. We’re extremely comfortable with them, this because for the moment, what they provide is short-term comfort. We also know, that we’ll eventually pay for it in the long run.

If we’re wanting to make forward progress in our lives, what we’ve got to do is decide if we’re deceiving ourselves. That we’re fooling ourselves of certain misconceptions.

Things Will Get Better When…
The illusion that once you reach an endgame, a turning point in your life, such as finding a new job, a new relationship, moving to a new neighborhood, that things will get better. That your life will change around.

What you’re dismissing is that you’re unhappy, and a new environment won’t change that. You may currently be staying at that job you hate, or that bad relationship you despise, because you’re too depressed to make changes.

The reason why you don’t eat healthier or begin to exercise, is because you’ve lazy, and would rather eat junk food and drink lots of beer.

So once you say “When I get a new job……” or “When I lose weight, I’ll be a lot happier” does is gets you nowhere. Saying once you reach that goal you’ll be happier, is placing the cart before the horse. What you need is to be happy to begin with.

You Can’t Change Someone
So you’re wondering, “How can I get my partner to ___.” Or, because they’re not wanting to commit, there must be something I can do to change their mind. Or, he won’t stop drinking, so I need to get through to him.

Sure, at times, your influence can alter the behavior of someone and influence them, this by just asking or telling them.

But if someone doesn’t want to change, you’re just pounding your head against the wall. To believe that you alone can change someone, will just make you feel miserable.

I’ll Start Tomorrow
Since you just ate that entire cake, you’ve just screwed up on your diet plans for today, so you just go for it, and enjoy it.

The truth being you’re just fooling yourself, this because since you’re feeling sad, all that you’re doing is just satisfying yourself today by overeating. Then tomorrow comes.

This “all in” mindset, where you convince yourself you’ll start tomorrow, or next year, this in order to make some positive changes, is futile. The progress you don’t make on December 31st, just blends into January 1st.

If you’re wanting to eat healthier, exercise, stop smoking, save more money, all you’re doing is making it harder on yourself to reach that goal, by ignoring it today, this regardless of how hard it seems. What putting it off does, is it becomes a bad habit.

They Don’t Mean It
The excuses that you constantly make for someone you love, the denial can be mind boggling. You constantly give them the benefit of the doubt, this over and over again. You think that there’s an ulterior motive, the reason why they constantly hurt you, themselves, or others.

You think everyone makes mistakes, and forgiving your partner for their oversights, is an important part of having a relationship.

But what happens if it’s a behavior pattern, such as they constantly dominating a conversation, belittling your success, or making fun of how you look or dress.

You tell yourself and others that they’re just misunderstood, that they’re not really ignorant, egotistical, obnoxious, or cruel like they appear to be.

You constantly lie to yourself that their behavior is different from their character. But you know their actions are more of who they truly are.

Having More Free Time
What we’ll do is extend our tasks, this to fill in for the time that we have. What many will do is find ways to do things quicker, this in the hopes that they’ll create more free time for themselves. But they have no idea what to do with this free time.

This is similar to getting a raise, and then deciding to spend more money on things we don’t need, such as expensive coffees or clothes we’ll never wear. It doesn’t register, that we could save this extra money for retirement.

What we think is that if there’s free time, we need to have a reason to fill in this time that we have. If you’re wanting more free time, be deliberate about it. Have something important to do first, then find the time to do it.

All I Need Is Willpower
To change a habit, you need to change your environment, this by making it easier to adopt the changes that your wanting.

If you’re wanting to eat healthier, then throw out those cookies and replace them with carrot sticks. Stop constantly checking Facebook, by deleting the app.

Don’t think making changes is all about willpower. Make it easier on yourself to make the conditions of what you’re wanting to do easier, and then you’re more likely to reach your goals.

8 Common Foods That Can Reduce Inflammation