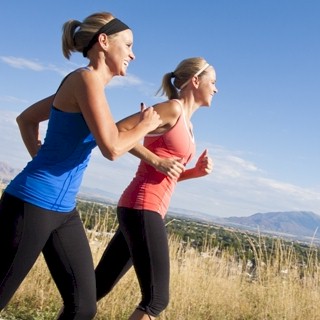 As the planet continues to spin, it’s only us humans who cares to keep track of it, to notice that the calendar has changed, that a New Year has arrived. We hope to feel different, refreshed, but almost everything remains the same. We wish to do better, get better, but nothing really ever changes.

Many will take inventory of their lives, and vow to make greater changes, such as eat healthier, exercise more, stop smoking, drink less, to be a better person. Most just have glancing success, then it’s back to the mundane lives that they lead. The January blahs then settles in, which is the most depressing time of the year for many.

What’s realized is that things are still the same, that nothing’s going to change. All their resolutions of hope that a New Year brings, fades into the doldrums of everyday life.

Many decide to do nothing, becoming sheep of the disdained. But alert yourself discouraged one, and decide to accomplish your goals.

Remain As Realistic As Possible
If you’re currently not exercising at all, then don’t attempt to suddenly hit the gym six days a week, as you’ll be disappointed. What you most likely had are valid reasons, why you haven’t found the time to exercise on a daily basis in the past.

So before setting this goal for the New Year, be completely honest with yourself on what’s realistic and possible. Working out one or two days per week is a start, and a lot better for your health than doing nothing at all. These realistic goals are easier to reach.

Start Small Keep It Simple
Making life altering statements such as, “I will stop eating all sweets in 2017,” feels ambitious, but that’s a goal that’s far too complex, and grounds for disappointment. First of all, begin by defining what’s sweet.

Are there exceptions such as special occasions like holidays. What if you go to someone’s house for dinner, and some type of sweets are served, do you decline.

What research favors is that to reach health related goals, the best way to realize them, is by keeping them small and simple. Attempting to give up on an entire food category is unrealistic, and headed for failure. Instead, keep more modest attainable goals.

If ice cream or cake are your favorite after dinner sweets, then begin by eating them just twice a week. If you’re wanting to limit your time that you spend of Facebook, then commit yourself to one social media “free day” a week.

Keep Track Of Yourself
One of the biggest blockages of reaching goals, is our previous bad memories of them. We also think that we’re doing better than we actually are.

Then once we realize that we failed again in our attempts to lose weight, or tried to kick that smoking habit, we find out we haven’t improved at all.

So what you need is to keep a progress journal, download an app, make notes on your calendar. What’s key is finding a way to monitor yourself. Don’t get obsessed with it however, as all you’re wanting is to just hold yourself accountable.

Share Your Goals With Others
One way to keep motivated, is by avoiding public humiliation. You don’t however need to broadcast your goals on Facebook, to reap the rewards of saving face, this in the attempts to reach your goals. Instead, just tell several friends of your intentions.

This could be your spouse, mom, a coworker or best friend. Tell the ones you’re most comfortable with, and make sure that they hold you accountable. Ask them to constantly check in with you on your progress. Also, let them know that you’ll report back to them as well.

This social support system works, as you’re now not only doing it for yourself, but proving to others that you can make and reach your goals. What most don’t like is to be shamed, for not doing what they say they will, all while others are cheering them on.

Find Support From Others
Along with telling others about your New Year resolution goals, ask for their help, or ask them to participate with you. You can ask for their support by asking them to nudge you along, this when you’re tempted to default on your weaknesses.

Or, you could sign up at the fitness gym with a friend with similar goals, and look forward to working out with them together, this for companionship and support.

Begin by setting up workout times several days a week, so you can exercise together. Then what you don’t want, is to let yourself or your workout partner down.

Learn To Forgive Yourself
There are going to be good and bad days on your progress. On occasion, you’re going to mess up, as things rarely go as planned. We all fail. Changing our health or eating behavior, is an extremely difficult life altering thing to do.

So the key remains to stay disciplined, and keep moving forward. Expect setbacks, as some days will be more difficult than the others. When you do happen to have a bad spell, just forgive yourself and keep motivated.

Once you beat yourself up, you’ll become discouraged about your set-backs, as all you’re doing is making yourself feel like a failure, and you may eventually give up. So begin a mantra, “Today was a bad day, tomorrow will be a better day.” Keep the faith and never give up.

What’s known is that attempting to adopt a new health behavior takes around 6 attempts before success is realized, and 21 times before it becomes a habit. If you’ve made the same resolution for years, then dedicate yourself to keep them this year.

Know The Most Common Lies That People Tell Themselves