Know What The Four Key Motivators Are For You To Succeed 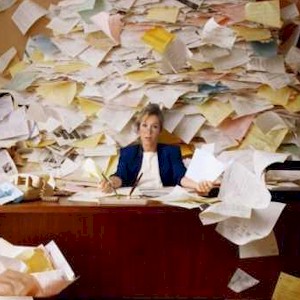 What makes us human as a species is that we’re all completely unique from each other, in how we look as well as our different outlooks. We all have our own different skill sets, different strengths and weaknesses, goals, interests, and Motivation.

If you’re wanting to become successful, there’s one identifiable component which all of these high octane individuals share more of, and that’s motivation.

But motivation isn’t an easy thing for someone to acquire, which as a result has developed into an entire industry of how to get it, build it, and use effectively. The problem however is that motivation isn’t a one fix cure all solution.

The reason being that we as individuals are just who we are, we all have our own unique identity with different degrees of motivational triggers.

This is also the reason why we’re the most dominant and successful species on the planet, that we’re cognizant of this fact, so much so that we’re able to develop our own strengths and build on our weaknesses.

So before you decide to follow the multitudes of motivational speakers, programs, and processes which are available, you first need to determine how motivated you actually are, and which group you fall under.

Distinct Groups Of Motivation
It’s generally agreed upon that there’s four distinct categories when it comes to motivation, the pessimist, competitor, minimalist, and exhibitionist.

How Pessimistic Are You
You may know someone who’s completely pessimistic, one small turn of bad news or events will immediately push them into a feeling of deep dark doom and gloom.

It really doesn’t matter if the issue is big or small, factual or just a rumor, they’ll react as if the world is coming to an end.

If the Internet has a momentary slowdown, or there’s too much traffic on the freeway, they’ll immediately assume that the bill wasn’t paid, or there’s a major accident up ahead resulting in they being late for work.

There are ways however on how to effectively deal with this. Initially, upon first panic, you can attempt to shield them from these seemingly minor hiccups of life, as well as the major ones which comes their way.

But the long term solution is to properly condition themselves better. Everyone faces the same challenges on a daily basis where nothing ever seems to go right, but they will continue to react pessimistically towards them.

It also appears like it’s the worst-case scenario that’s being played out. But if you present them with different options for action, and the action is taken, it can then be solved more efficiently, and usually successfully. So face the challenge head on and the problem should resolve itself.

Too Much Of A Competitor
You may know someone who absolutely thrives on competition. Whether it’s playing sports, cards, or at work, these individuals come to life if there is something at stake, some type of contest.

What motivates these individuals which pumps them up is when they compare their progress with others. They have a need to keep score and will do absolutely anything they can and try harder when competition is involved.

This is a motivational method which is has had huge success for some, as they’ll get promoted at work, generate more income, but are usually restricted by their means and limitations.

The Motivation Of The Minimalist
Those who are classified as minimalists are usually known to have a short attention span. What motivates them are short-term defined goals which are immediately visible as well as being achievable within a short period of time.

They’re able to do projects which are longer term provided that it’s broken down into smaller pieces. Each of the small victories will then in turn propel them on towards the final bigger goal, so baby steps.

What they need however are those smaller wins to keep them motivated. This is also the most common group which most individuals will usually fall under when it comes to motivation.

Need To Be An Exhibitionist
There are plenty of individuals who also fall into this category since most have an extremely difficult time achieving “goals” which they cannot see. This is why some cannot motivate themselves to clean the house, for instance.

Sure they can see the end results, but if they have a large family with pets, the results of a clean dustless and dirt free house doesn’t last very long.

Similar to a minimalist, they also like to break larger projects into smaller chunks, so they won’t become too overwhelming. When doing errands around the house, it’s always easier for them to divide the tasks into several smaller projects, where they can see and feel the actual progress.

But if there isn’t enough motivation for them to accomplish the task, what they need to do is construct a to-do list which can be checked off as things get done during the day.

They also need to point out some of the visible wins and success for the day, whether it be an organized closet or garage, a shining car or kitchen, a file containing articles written and edited for their blog.

Know Where You Fall
You’ll need to realize which category you fall under, to maximize your motivation. Once you realize where you are, you should then be able to better find the most effective motivational techniques which will work the best for you.

So know what gets you going to do the things that you need to do, and then just do it baby!

4 Supplements To Feed Your Brain That Makes You Smarter