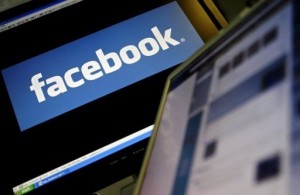 Social networking sites such as Facebook, Google+ and Twitter as a communication method has become extremely popular over the past several years. They were developed as a medium for individuals who wanted to take the Internet back to the masses as a “peer-to-peer” networking tool, rather than it becoming too commercialized.

What individuals wanted was an effective and efficient way of keeping in close touch with their friends and family, while relying on the unbiased opinions of their online “friends” on related like minded topics.

[ad#co-1]
When social media went mainstream, the various methods made it extremely easy for people to communicate effectively among each other, instantly and more frequently, freely being able to express themselves openly, similar to what they’ve done in the past when away from their computers.

Social Media Led By Facebook
The most popular of these social networking websites is Facebook, which has now surpassed over an astonishing 800 million users worldwide. Ridiculous if you think about it, it’s now the Internet’s largest continent of people.

But despite this humongous user base and its exponential growth, social scientists are just now beginning to understand how members are using Facebook to interact with each other. What was studied was the various forms of communication that they use, and the impact it has on their feelings as well as psychological well-being.

Distinguishing Direct Offline and Indirect Online Actions
How we decide to manage our social connections when on Facebook is not really that different from how we build relationships in the real world. The need to be connected is the basic primitive motivation which underlies social behavior. We’re using our Facebook profiles to be able to maintain a positive social identity while satisfying our needs for acceptance as well as social affiliation.

One measurement study which was conducted looked into how people actually incorporated Facebook into their daily “real” lives. What they investigated was the actual social dimensions of Facebook, which was divided into two distinct categories:

The majority of Facebook users will usually initiate a combination of both direct as well as indirect actions while they’re on the site. Some will also do this quite frequently, as in 30% percent will post daily status updates of some kind.

Social Benefits Of Facebook
The real actual social benefits of using Facebook to be able to communicate with friends and then building relationships are mixed. Researchers along with Facebook analyzed the actual server logs of more than a few thousand Facebook users over a period of several months. What they did was conduct a survey asking these random members how close they actually felt to their online friends, and how frequent they made brand new social connections.

What they found was that those Facebook users who engaged in direct actions such as commenting or messaging each other, reported a greater bridge in making new friends and social bonding.

In contrast, those members who used more indirect actions and were more passive, such as just refreshing the news feed, reading their friends’ status updates or just viewing their profiles, reported more feelings of being left out of the loop. The research indicated that these indirect actions can foster a sense of connectedness between the members.

Another study of Facebook members found that the more certain individuals updated their status, while sharing their information about themselves to their friends and they replying back, the more that they felt they were connected to others in their social network.

They found that those who participated in the same study also felt apprehensive at times when they sent out “Friend” requests because of the fear of being rejected if the member wouldn’t accept their request.

So Is Facebook Really That Social
The end result of all this is that it appears the benefits of using Facebook for most users to be able to maintain friendships along with other social relationships, can be complex while reflecting individual patterns of content and communication.

A number of these studies suggests that Facebook can be used to reinforce as well as strengthen social connections, especially distant ones, while there are others who indicated that Facebook inflates how many actual friends one actually has, while discouraging real interaction.

One distinct theme which is emerging from these studies is that the direct actions with Facebook friends appears to increase the individual feelings of self esteem and connectedness, while those who engage in indirect actions may be feeling the opposite.

Being Optimistic The Key To Getting That Perfect Job