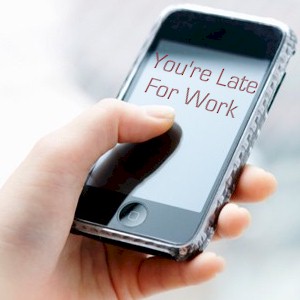 Every little bit of data, every piece of binary code which exists on this planet has been, or is in the process of being documented, filed. What’s also occurring at lightening speed is that we’re creating this new data at unprecedented rates as never seen before.

It’s now estimated that close to 93% percent of the entire data in the world is thought to be converted, transferred into bits and bites. This data is also proving extremely valuable for businesses of all sizes, this provided that it’s utilized properly.

Historically, this massive data has always existed but remained crude and undefined, not categorized. Although its always remained valuable in its useless state, it couldn’t be used efficiently.

All of this data to become useful needs to be converted properly, much like crude oil needs to be manufactured into refined plastic to be useful. It needs to become a valuable commodity which is able to drive profitable activity. It needs to be broken down, analyzed for worth proving some type of value.

Much of this data which is floating around among us in virtual space is what’s known as big data, this a buzzword term which describes enormous globs of information packets which contains massive amounts of varied information, such as you making a tweet.

As the majority of this big data remains generally personal and proprietary in nature, once refined, what it reveals is a lot of consumer behavior and attitudes.

The Farming Of Big Data
What organizations need to do is store these large amounts of data and then find ways on how they can quickly and effectively convert this information to their advantage, and then process it to make it useful, profitable.

What data analysts are able to do is help businesses predict exactly what their customers are wanting by refining this information, delivering what they need precisely. What this quick responsiveness does is it builds customer loyalty which ensures they won’t be lost to their competitors.

So the key to these businesses and marketers who thinks that they’re ahead of the curve, states that their number one weapon is effectively converting big data as quickly as possible, which gives them the edge.

Becoming Social Media Savvy
It’s estimated that there are close to 35% percent of businesses who still don’t have a social media presence or plan. Businesses and marketers of all sizes and backgrounds, looking to attract new clients, should by now see how effective using social media for raising brand awareness can be, this as an useful affordable efficient service.

But there’s just a small number of businesses who trusts their social media skills, or social networking in general. It’s just usually a matter of research, training, and execution which helps them maximize their social media presence.

Taking Advantage Of Mobile Technology
There’s a shift towards employees using their own mobile devices at the workplace. The trend is also moving towards businesses who are looking on reducing their overhead, by allowing for a more flexible and synergistic working environment.

This involves employers allowing their workers to use their personal mobile devices such as the latest smartphones and tablets for work purposes. It’s expected in a few years that 65% percent of all companies will honor a bring your own device, or BYOD to work policy.

BYOD is also proving valuable for employers to attract new employee’s while also retaining them. Studies have shown that close to 40% percent of employees would consider leaving a company if they weren’t able to use their own personal devices at work. So clearly, this policy is vital when it comes to improving employee satisfaction.

The key appears allowing employees to use their own mobile devices, but they need to manage their usage as well. As a result, a growing number of employers have strict guidelines which protects them for what type of company data can be used or shared.

The Need To Cater To Mobile Consumers
Mobile devices because of their convenience are poised to overtake fixed Internet devices such as desktop computers shortly. So any online business vendor if they don’t convert their sites for mobile access, will be quickly left behind by not being responsive to these users.

As a result, close to 45% percent of all businesses now claim that they’re working on a mobile site design, this to make sure that their customers can engage with them using whatever device they have.

This is considered a necessary shift since one third of all smartphone users indicated that they’ve purchased something off their mobiles in the past year. So it’s now a matter of when and not if to create a mobile site or app, this to have an advantage over your competition.

The ease of mobility for businesses also extends to their employees as well, as a growing number are now developing mobile sites and apps exclusively for employee use. As the workplace shifts towards becoming mobile, this makes complete business sense.

Using Proven Game Design Technology
The majority of businesses feel that there’s no place for “games” when it comes to their online business plan, but it’s more about integrating game design methods into the content.

Doing so has proven to be an innovative way of engaging prospects and customers with their brand or service. Experts are predicting that using game design technology will become the next big trend when creating consumer loyalty.

This doesn’t mean that your site needs to become a game for your visitors to play, but instead adopting proven game playing methodology which uses the various elements of game playing, which keeps them coming back.

For instance, your returning customers might earn points each time that they purchase a product, or doing so will increase their “social status” when they leave feedback on your site. These perks are known to work and will keep drawing your customers back.