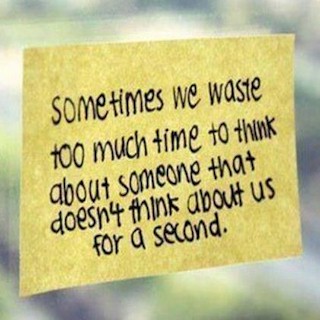 Once someone experiences envy, they’re allowing others to control their emotions, such as getting upset. What infuriates those who are, is that despite all their efforts, they can’t detract them. So as a result, they feel defeated. Know that envy is an one sided emotion, that’s experienced by that person, while the other doesn’t know or care.

Once someone feels envy, what they feel is their anger or jealousy elevating. What they’re constantly doing is comparing themselves to them, and finding they don’t measure up. So they try to disrupt them some how. If they can’t, they get frustrated, and look for other ways to aggravate.

Those who feel envy are competitive and jealous. They constantly compare themselves to others, this because of their lack of self-esteem. The problem with envy is the venom that it spews, and there’s no accountability for it.

Where Envy Stems From
Begin by mindfully finding out why you’re feeling envious. At times, envy is reliving an experience of inadequacy, something that happened in the past. It can also be a means of dealing with a present anger, such as feeling stress and anxiety towards a relationship.

So be honest with yourself, as the feelings of envy should rear its head, often simultaneously with why you’re feeling threatened.

Never use this as an opportunity to bash yourself. Being compassionate regarding your self-assessment, becomes key to remaining objective about your emotions.

Compliment Instead Of Criticize
Rather than working yourself up into a madness to lashing hate at someone, instead, direct that energy to complimenting that person you’re envious towards.

What’s needed is getting yourself into a mindset, that’s genuine enough so it you won’t come across as being sarcastic.

What this requires, is altering your emotional state of mind. What this does is cleans the slate, rather than spiraling into jealousy and resentment.

The Success Of Others Won’t Deter Yours
What’s natural to think, is that if someone you despise is experiencing the success that you’re not getting, what you think is you lost, this because of your competitive mindset.

What happens is the subconscious mind will default to what occurred in the past. For instance, your mom made one apple pie for dessert. What you had to do, was get your elbows in there, and fight off your bigger brother, who always got your portion.

What the “competitive” mindset does is robs you of your well being, and it’s completely useless. Someone who experiences success, has nothing to do with yours. The pie is large enough.

Place More Focus On Your Life
What you’re allowing, is your energy to be sapped out by envy. This because you have no goals or objectives in life. Since you have no direction, what you’ll dwell on is the life of others. You become envious of them. So you need to focus on your own life instead.

So make sure you know what you want for yourself, and then set your focus on it. Mind your own business. Refuse to allow someone to distract your life. So get active, as ruminating and stewing about your sorry life, just invites envy.

Alter The Subject Matter
If you’re suddenly overwhelmed by feelings of envy, as someone is babbling away on how successful their life is, then change the subject, this by steering the conversation into another direction.

Alter the subject towards something that’s more neutral, such as an upcoming event, a new project at work, or a recent night out you’ve shared.

Know What Triggers The Envy
What doing so needs is reminiscing, as what’s needed is finding out what the causes of your “beliefs” in the past were. The one’s that are holding you back, which can be a difficult process.

Doing so can be troublesome, this because you’re basically admitting to yourself that a belief you’ve previously held, may not be true.

Begin looking for generalized thoughts, such as “Everyone wants to take advantage of me” or “What if this person leaves me, then I’ll be alone forever” or “No one likes me.”

Know that beliefs aren’t permanent, and they can be altered, changed or removed. What it can prove to be is a difficult process. Being aware of them is a start.

Know that your immediate thoughts, is a response from the subconscious brain. You’re also not in control of the negative thoughts that it produces. Developing mindfulness of them, can resolve these responses.

Monitor How You Respond
Isolate the area where you feel this envy is stemming from. Is it in the pit of your stomach, or in the jaw or throat area, as the muscles tighten.

What’s also possible is feeling several emotions at once, such as insecurity and anger, turning into envy. It can also shift elsewhere, once you’re aware of them.

What the brain will automatically do, is protect you by thinking of the worst, this as a safety precaution, so be aware of that.

Envy Is Futile
What someone does, how they act has nothing to do with you. They don’t do it to spite you. They also have no idea that you’re feeling envious towards them, so you’re on your own.

So take command of your feelings, develop the power to transform them, otherwise you’re allowing someone else to control you. These feelings of envy won’t dissipate, unless you let them.

Handcuffed Reasons Why You Can't Break Free And Get Started