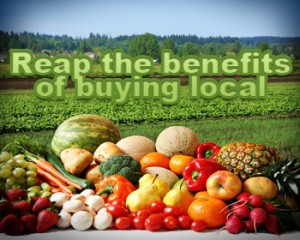 I once knew a family of shiitake mushroom farmers, which is a variety of Japanese mushrooms. As a business, they would sell them wholesale to a group of specialty restaurants as well as to a variety of local ethnic supermarkets.

They would also often load up their truck on the weekends and head towards the local Farmers Market where they would sell the mushrooms direct to the public. When they first began doing this, however, for some reason they weren’t that successful. They knew that the quality of their produce was peak, firm, organic, and the price was lower than the grocers around town.

Once they looked at what the other mushroom farmers were selling comparable shiitake mushrooms for, they then realized that their price point was completely wrong, it was too low. They decided to raise their selling price and voila, they did a lot better.

Consumer Perception Of Quality
So this is more a study in consumer perception. There are studies which have proven that wine for instance, the price can potentially have an effect on it’s perception. If it’s priced too low, its quality then becomes questioned.

There’s an expectation that wine of any quality is dictated by its price, not vintage, region or grape, even before they take a sip.

So for my friends at the local farmers market, what they realized was that shoppers in general will expect to pay higher prices for better quality. Selling their mushrooms at a lower cost was actually having a negative effect of the entire “farmers market” experience.

If the mushrooms were lower in cost, they were thought to be of lower quality than the produce which was available at the supermarkets.

Most enjoy shopping at farmers markets, it’s a way of giving back and supporting the local community of farmers, along with the knowledge that the fruits and veggies are usually fresher as well. Part of the enjoyment and expectation is also to pay a bit more for the food, for better, perhaps organic quality.

The same goes for everything else which is offered for sale at these farmers markets, such as, hand made crafts, or other food products such as homemade honey or bakery products. The consumers are conditioned to pay a bit more and are happy to support the smaller scale, usually family operated local producers.

And even if it does cost a bit more, they feel self assured that the money is handed over directly to the person who placed their time and effort into the goods that they’re offering, rather than going to some bigwig corporate middle-man.

So you leave your local farmers market with your bags full of locally grown peppers, cherries, melons and tomatoes, feeling better for being generous, supporting the local economy and being environmentally sound.

Local Farmers Markets A Feel Good Sunday
There are a lot of people who also shop at these local farmers market rather than going to the mega-supermarket because they’re such quintessential mood enhancers. Some would dare to argue why this is the case.

There are several factors which contributes to the entire farmers market experience becoming profoundly enjoyable, way beyond the fact that the quality of the food and produce are usually much better.

For the majority who lives in urban areas, traveling to and then shopping at these local farmers market becomes a life choice, as there are always other easier as well as cheaper alternatives to shop from.

By choosing these fresh markets, the consumer enjoys a sense of personal reward. The reward being they feeling better about themselves by shopping at a farmers market to support the greater cause, such as supporting local friends, while resisting the ever existing corporate greed which is the food industry.

Local Farmers Market Becomes A Social Experience
We all also enjoy shopping at these farmers market on a sunny weekend because it makes the food gathering process much more enjoyable by it becoming a social experience.

There is that intimate interaction between local seller and the buyer, which admittedly is a direct positive, as shopping at these farmer markets aren’t always the default option.

The majority of the shoppers are likely there by choice as well, creating their own community. The shoppers all constitute and are part of their own interest group, a subculture which all have similar goals in mind.

So the reason why consumers enjoy shopping at these local farmers markets, the greatest reason may be that they just simply enjoy going to them. So on the next Sunday, taking a drive out to the valley and know that you won’t be the only person there, while making a stand which promises to help make the environment a greener, much better place is a feel good story.

To some, it may also be great if they could even save a bit of money, but most are just happy to get what they pay for.