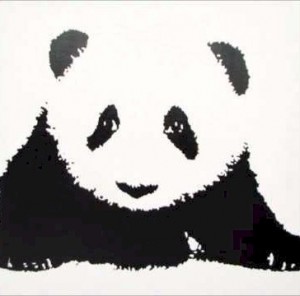 The latest in Google’s efforts to provide truly relevant, valuable and useful content, as anticipated for a while, are beginning to take place as they are actively removing sites which are clearly and obviously over-optimized.

These unwanted sites are being systematically penalized or being completely eradicated from their organic search results. For those who practice these unwarranted SEO tactics, they are and should be in full panic mode.

Google has also recently indicated that they’re taking steps to reward what they feel are high-quality content rich pages, by removing those sites who engage in techniques which don’t provide any value whatsoever to their users.

Google has actually been rather vocal for a while on their anti-spam stance, initiating and actually applying some serious changes in their “Panda” sweep, along with major changes applied towards basic webpage layout design.

What they’re doing is lowering the ranking or completely eliminating these sites which are heavily emphasized by advertising, such as they being splattered with affiliate links, over genuine usable and readable content.

This particularly when it occurs above the webpage design fold. Google has attempted these measures in the past, but this latest algorithm sweep is proving different for the better.

Say Goodbye To Those Who Spin
These new changes targets directly on obvious spam orientated pages by decreasing their rankings for sites which they believe are knowingly and blatantly violating their quality control guidelines.

While there were no visible signals which warrants that a ranking drop was even made, Google clearly did announcement however the exact type of behavior that they would no longer tolerate. They specifically targeted site owners who practice in “grey hat” SEO marketing techniques by dropping them completely.

Google has pinpointed two specific web based spam methods in particular which they’re focusing on. The first being keyword stuffing, which has for a while been discredited as a viable method of optimizing a page for the purposes of higher rankings, and the other being article “spinning,” which is a well known tactic of spamming which they’ve previously struggled to identify and eradicate correctly in the past.

Detectable Obvious Article Spinning A No-No
There are specific examples of article spinning which are provided by Google which they describe as “unusual linking patterns.” Some call it link spam, which are links that are planted within the body of the article’s content.

These links which are placed in the content are usually completely unrelated to the actual theme or message of the article content itself. Such as “Forex” links being embedded into a health related article for instance.

This gives the Google bots a clear and obvious indication that something isn’t right. These articles are usually hand spun or fed into an article spinning software program which embeds these links as well as producing various versions of the same article.

What article spinning does is it takes a piece of content that’s previously written, and then it replaces the different elements of the article with a word syntax program.

These programs consists of a list of words which are often keyword enriched links in the attempts to pleasing the search engines. The majority of the algorithm changes are focused directly on the usage of anchor text and are clearly one of the manifestations of the changes.

Google has indicated that their latest changes will go in full effect at the same time, across all of the various languages. While their past “Google Panda” update only affected around an estimated 11% percent of the overall search queries, there are those who claim that this latest sweep will do a lot more significant damage.