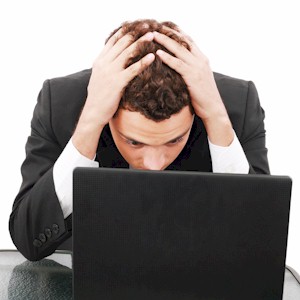 The financial markets, on paper and on chart, appear completely random, where obscure fractal mathematical formulas combine with the direction of the market. Financial instruments which are usually dictated by the economy, or based on a particular company’s profit and loss statement, can instantly break a portfolio.

There are some economic speculators who are wondering if the markets are flirting with another financial disaster, a melt down, if the global economic system is once again on the cusp of another market crash.

There are those who are heavily invested in the markets on the “long” side, who are beginning to feel a little insecure about their investment portfolios. This is the environment where the financial experts, speculators, and the small investor resolves their hopes on the relative unknown.

The Emotion Of The Markets
To most, the markets are completely random and a mystery, and can be deadly scary. The very environment where the Dow Jones can suddenly plunge 350 points, or the Euro/Dollar can go 150 pips against you overnight.

This is when our brains, which are usually led by our emotions, goes into complete panic mode, as the blood pressure rises skyward because of the sudden injection of adrenaline.

Then, what it does is it sets off a physical, as well as a mental response which forces us to either, defend ourselves, run and hide, or become paralyzed until the threat dissipates, this once we need to make a decision based on the market activity.

This is the core response and the conditioning of the human mind, whether it be in prehistoric times, when running away from a sabre tooth tiger, or when it comes to the uncertainty of the markets potentially damaging our financial welfare.

This primate response is the very reason why we also become self destructive once it comes to our trading, or managing our financial investments. Once we respond by being scared, or overly excited about our financial state, the animal instincts then seizes control, and we as a result will respond in a few different ways: we’ll either stand up and fight, flee and surrender, or we just freeze and do nothing.

How To React In Difficult Financial Situations
This response is based on the basic human instinct of “fight or flight.” Once you find yourself faced with a critical financial situation, where, a stock or a commodity is going against you in an unfavorable direction, your personal reaction becomes similar to how the markets are reacting, your emotions begin bouncing either up, down, or sideways.

So there are a few steps which you can take to help you make the right decision. This by taking a step back, calming yourself down, and then making a “rational” decision, which is hopefully the correct one.

Recognize When You’re Emotional
Recognize when you’re on edge, or charged up, either being overly excited or afraid, and because of that, you may be inclined to make a poor costly decision. Personal financial losses are usually the blame of the mind and not the markets.

Once we do become emotional, under any circumstances, we’re prone make a quick and usually wrong judgment, which can be a hazard to your finances.

So just keep reminding yourself that when making any decisions where your money is involved, and when your emotional, it’s more than likely the wrong one. So prior to acting it out, it’s important that you completely calm yourself down, and wait for your logical brain to get back online. So stand back, and delay making any rash decisions until you’re completely calm.

Step Back Take A Deep Breath
When we become stressed out for whatever reason, what happens is we begin taking shorter more shallow panic stricken breaths. So by taking several deeper breaths, what that does is it initiates a relaxation based response.

With each of these deep soothing breaths, repeat back to yourself in your mind a comforting phrase or a word, such as, “take it easy” or “just relax.” This will help in bringing back the rational brain.

Reevaluate What You’re Thinking
The first thought that comes to mind when under duress, just because it forms on your mind first, doesn’t necessarily mean that it’s true, or real, or the right one. You need to know and determine the reasoning and evidence which supports this initial assumption.

You also need to know what the evidence is against it. Is there ultimately a better explanation or solution. What’s the worst thing that can potentially happen if the assumption is eventually proven true. What’s the most likely thing that will happen, along with advice from others, who was under a similar situation.

Not Doing Nothing At Times Results In Better Decisions
Make sure that you put some “think” time between your emotional reaction and the ultimate action that you want to take. When we become upset, it usually takes around 20 minutes, depending on the severity, to calm our thoughts down. This is the animal instinct taking over, and it generally takes that long for the rational brain to take control again.

Even once that happens, it’s still possible that we can be swayed somehow by our emotions, so that’s when it’s advised you consider seeking professional financial advice, to get a second opinion, before making any of your bigger financial decisions.

Whether the financial market happens to be in complete “bull” mode, or if it’s plummeting downwards, whatever you decide to do, don’t allow your emotional and instinctive animal brain to take control over your rational brain. when it comes to your financial decisions.

Logical Approaches On How To Handle Criticism Effectively