Natural Foods Which Promotes A Younger Healthier Looking You 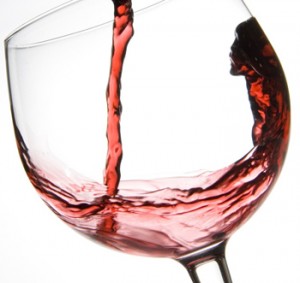 Most often, it’s simply just a matter of eating the proper foods which can provide immediate Anti-Aging based benefits. There are a few you can try out and yes, they are tasty as well. During times when these food sources aren’t readily available, taking supplements is then suggested. And of course, there are also a few beauty based products which are also included as well, which never hurts. So listed are a few proven natural health boosters which can instantly help you in looking as well as feeling absolutely amazing, both inside and out.

[ad#co-1]
The Letter “A” Is For Antioxidants
Antioxidants are proven and popular natural health boosters for a reason.
What are Antioxidants: Antioxidants are extremely valuable nutrients which contain abundant amounts of vitamins and minerals which are naturally found in select health foods.

They also contain enzymes, which are proteins that are already resident in the human body, which promotes positive chemical reactions. As one ages, the natural production of these enzymes begins to slow down. Vitamins A, C, and vitamin E are the most valuable and the biggest contributors.

What Antioxidants do: Antioxidants contributes in the delay of the aging process while reducing our vulnerability towards cancer, diabetes and heart disease. They are also proven to help reduce inflammation as well as potentially stopping pigment formation, such as those nasty age spots. Antioxidants also aides in keeping the skin bright as well as supple.

Drinking Wine Because It Contains Resveratrol
What is Resveratrol: Resveratrol is a powerful naturally occurring polyphenol which is naturally found in the stems, skin and seeds of the red wine grapes, along with other plants as well.

What Resveratrol does: Research has suggested that resveratrol will boost one’s energy, while inhibiting the development of illnesses such as cancer, prevents heart disease, and is also linked to reducing blood clotting and the risk of inflammation, this according to Harvard studies. Resveratrol can also potentially slow down the aging process as well. Consumption of resveratrol also helps in the fight against unwanted environmental toxins, keeping the skin supple while reducing wrinkles.

The CoQ10 Compound
What is CoQ10: Ubiquinone, which is also often referred to as Coenzyme Q10 or simply CoQ10, is a natural and extremely powerful antioxidant which is also naturally produced by the body. CoQ10 is found in our cell membranes in the kidneys, the heart, liver and lungs, the spleen, the pancreas, and the adrenal glands.

Coenzyme Q10 is absolutely essential to our health and well being, but unfortunately, the levels of this valuable enzyme which our body is able to produce decreases with age and must be refilled.

What CoQ10 does: Similar to other antioxidants, CoQ10 has proven to boost one’s heart health as well as cutting down on cancer risk. It’s also been proven to reduce or eliminate incidences of migraine headaches by up to 50% percent, while fighting periodontal disease as well. CoQ10 is known to keep the skin supple, smooth and firm while reducing the severity of wrinkles.

What Omega-3 Fatty Acids do: The Omega-3 Fatty Acids are able to reduce the risk of heart disease by up to 30% percent. They’re also known to soothe inflammation, regulates “bad” cholesterol levels, reduces symptoms of mild depression, and keeps the skin glowing.

Natural Foods Which Contain Omega-3 Fatty Acids: Most fresh water fish such as Rainbow Trout and Steelhead, along with other fish such as Salmon, Tuna, Sardines and Anchovies. Also natural foods such as Walnuts and Flaxseed and in supplemental form as well

Giving The Power Back To The Employees During Performance Evaluations