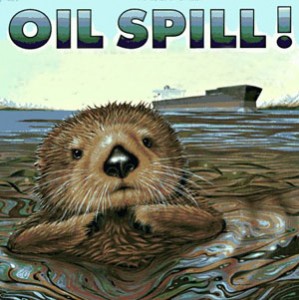 So blame it on Canada and the other Oil Producing countries, as they’re accused of propelling our planet into further global warming. Yet, when it comes to oil, we immediately think of it as a much needed fuel source.

Oil is one of the most controversial yet highly sought after raw materials which is a vital ingredient in a wide cross range of consumer and industrial based products, such as, the manufacture of plastics and rubber, fertilizers, synthetic pesticides for farming, and transportation of any kind, getting from Point A to Point B.

So we crave it even though we take a stand on how it harms the environment. Farmers for instance, because of our need for perfection applies synthetic pesticides onto their crops which wreaks complete havoc with the environment, while causing health problems such as birth defects.

Fresh produce which is organically grown is safer and tastier as well as promoting for a greener and a more ecological health standard, but it also has its blemishes which doesn’t satisfy our need for a higher standard.

Others will argue that organically produced goods also costs too much, but the additional cost on the grocery store shelf doesn’t reflect the damage they do to the environment, which is soil erosion, a polluted water source, and the higher medical costs for the treatment of those who are exposed and harmed by these toxic chemicals.

Oil As A Multi-Purpose Product
Oil is a much needed resource, it’s a well known commodity which is harmful to our health, as well as our planet’s ozone layer and the environment. But we still fill our cars with gas to drive to the next “environmental go green rally.” So until we’re able to completely switch to say a solar powered or electric car, we all still need to rely heavily on oil.

Until we do take a firm stand and begin depending less on it, there’s no other fuel source other than oil to keep us from driving these cars, tanks, transport trucks, airplanes, or public transit, which are all heavily dependent on oil.

The environment may be poisoned by the benzene that’s in the gas, or the diesel exhaust which causes illness because of the carbon dioxide exposure, which then contributes towards global warming, but we still keep on trucking on. We still hop into our petroleum powered cars, feeling safe in our need to know.

Alternatives To Oil
What’s often considered are the possible alternate energy sources, and then we immediately focus on their disadvantages. This is because of our innate destructive mindset manifestation towards our addiction of convincing ourselves what doesn’t work.

Shifting towards renewable energy sources for generating electricity, or heating and cooling our homes, would reduce the emission of gases, as well as other pollutants into the environment.

It’s also possible to then creating locally controlled sources for energy production, eliminate the risk of oil spills in the oceans, save lives from potential oil related wars, while saving the consumers money. Much of the discussion, however, still focuses on the disadvantages of the potential sources of renewable energy.

What’s argued about renewable “green” energy becomes it’s high cost. It becomes “much too expensive” is the reason for not completely converting over towards renewable sources.

But if the environmental as well as the health costs of oil were taken into account, and if the various government subsidies were equalized for oil as well as renewable sources, then the different forms of the renewable energy solutions would become a lot more cost compatible.

It may even turn out to be cheaper than oil. So given the financial, health and ecological benefits which renewable energy sources provides, why can’t everyone just muster the political will power to just implement them.

Oil Is Here To Stay
The reason may be because we like what’s currently working and the fear of the unknown. The majority of us are also addicted to intensity. We still like that feeling of driving fast down the freeway, feeling that power of the rapid acceleration in our gas powered cars.

Although we’re aware that the gas prices are rising, and that driving this way costs a lot more, consuming more fuel, which can result in potential injuries from traffic accidents, our addictive personalities, which are accustomed to familiarity, just don’t care.

So what we need to do as individuals is free ourselves from all of these basic addictions and beliefs. This way, we can then possibly begin to eliminate some of our behavioral addictions, such as this love affair with oil, even though we know it’s harmful. This may potentially free up our collective energies by creating a better much more sustainable future.
[ad#co-1]

Does The Economy Make My Wallet Look Fat Based Financial Advice

We Drink The Coffee Just For The Kicks And Giggles