We Drink The Coffee Just For The Kicks And Giggles 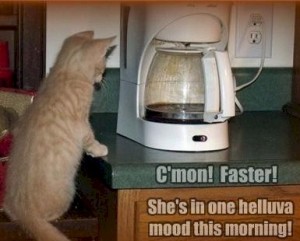 We all remember that time in our youth when we had our first cup of Coffee, and like our first cigarette or our first beer, it tasted absolutely terrible. The coffee was first of all too hot, it tasted bitter, but after a few sips, it suddenly jolted you into alertness and you liked the buzz.

The great thing about coffee is that it’s reliable and delivers on its promise each and every time, and ever since, you haven’t been able to step away and stop drinking the java.

Drinking coffee has been a favorite beverage for over 5 centuries since it was discovered, as individuals have been sipping this stimulating yet awful tasting beverage, known as joe, in a variety of ways.

First thing in the morning, there’s nothing really quite like the jump you get, putting that extra spring in your step, getting jacked on adrenaline, knocking out the cobwebs.

So for any one who cares, is coffee even good for your health. The evidence across the board is somewhat mixed. What the caffeine does is it giveth and then it taketh away from your system. The biggest known drawback may be insomnia, while anxiety and the jitters can also be a common side effect when sipping your cafe latte.

The Properties Of Coffee
Scientists have known for years that what coffee does is it activates the dopamine in the brain. Dopamine in the system is able to produce instant euphoria, along with all of the pleasant feelings which people often associate with pleasure without the pain, all this beginning with the first sip of morning coffee.

There are also a lot of other products which can produce the same euphoria, such as amphetamines, as they act upon the dopamine in the brain as well. The action that’s produced by coffee is the explanation why caffeine is the most widely consumed beverage in the world.

The Fresh Ground Dirt On Coffee
So what do the experts say about chronic caffeine intake, some say there may be remote episodes or connections to mild depression, after withdrawal, when it comes to excess coffee drinking.

Since 80% percent of the caffeine on the planet is consumed as coffee, prospective studies over the long term effects of drinking coffee are just beginning to surface. There is a certain addictive quality to the caffeine for instance, which isn’t associated with tea or cola.

The Body’s Reaction To Coffee
So going back to when you first started drinking coffee, the arousal that you felt, that kick was all that you wanted after your first sip, over and over again, and the taste became insignificant.

Since being as attentive as possible was what you were after, to get yourself through the day, the joe became your favorite drink.

But as you continue to drink coffee, what your liver actually does is it compensates for the additional chemicals which are in your diet, by becoming a lot more efficient at metabolizing all of the foreign caffeine. Your mind needs to make some adjustments as well. Ultimately, what you eventually need is more coffee each day to get that same level of kick and arousal.

While all this reaction naturally occurs in your system, something that may be a bit more mysterious actually occurs in the brain. Caffeine actually begins to stimulate the brain’s endogenous neurotransmitter system. What these biochemical adjustments does is it introduces an entirely new level of added pleasure when it comes to your morning cup.

So despite the taste, we drink coffee because it makes us feel a lot better, since caffeine is able to tap into almost every reward system that our brains has to offer us.

What’s hidden within that hot black steaming cup of coffee is a chemical which has actually taken over your brain by it being able to mimic the same actions of certain recreational drugs. But then, it’s too late, who cares, have another cup because I’m going to.
[ad#co-1]

Facebook Begins In A Dorm Room To Attracting Billions