Overcoming Chemical Sensitivity And Allergies In The Home
Skip to content 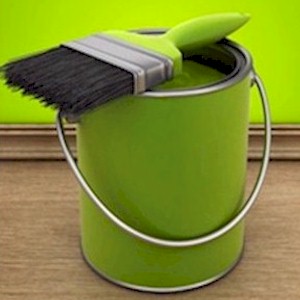 It’s everywhere around us on a daily basis, we’re exposed to toxicity that we can’t avoid. The multiple levels and forms of chemical sensitivities and allergies can overtake us, as we become exposed by the various toxic pollutants.

Absolutely everyone is chemical sensitive, your family and your pets, some more than others. Some also have a more severe reaction than others, this dependent on the health of the individual’s immune system. But there are solutions, ways of healing yourself from these chemical sensitivities.

These solutions are based strictly on personal experiences which are proven to work, and not on clinical diagnosis. It must also be noted that severe multiple chemical sensitivity is usually a temporary condition.

Most who experience exposure thinks it’s permanent while they live through the misery until the symptoms are gone. It’s generally thought that most allergies are irreversible, there’s proof that they can be removed, at times for good.

Coping With Exposure To Chemicals In The Home
Begin by getting a good air purifier for your house, one example would be a coconut shell carbon. The reason for this being that standard carbon filters are often petroleum based, which tends to further aggravate chemical sensitivities.

Identify and start removing the toxins from your home. There are some which are easily identifiable, such as the harmful household chemical laden cleaners and laundry detergents.

If can be as simple as substituting these products with vinegar, non-allergenic soap, or hydrogen peroxide. There’s other chemicals in a can such as furniture or floor polish as well. Try not using aerosol sprays which just vaporizes the solution.

Going As Natural As Possible
Try using natural products as much as possible, such as deodorants, shampoo, makeup, lotions, soaps etc. Get unbleached tissue, toilet paper, and paper towels. Most conventional products will have pesticide and chemical residue. There’s now natural substitutes for almost everything.

Clean out your garage at least once every few months, this especially if it’s attached to the house. The fumes from all of the toxic products stored in there, including paint, glues, plastics, and the exhaust from your car will find a way to infiltrate your home.

If at all possible, do some remodeling. The under-padding and the carpets needs to be as natural as possible. Instead of using conventional synthetic carpets and padding, or chemical stain remover, use wool or cotton carpets instead.

It’s also a good idea to put plants in your house. Not only do they add character, but they also help in filtering out unneeded indoor air pollution as well.

Anything That’s New In The Home
Be careful when you buy new furniture as there may be toxins in the finish. Beware of formaldehyde in the particle board, or chemical coating on the curtains and drapes.

It’s often better to just purchase used pieces of furniture which you can finish yourself. Begin by using non-toxic paints or stains, and always make sure that you stay out of the house until they’re completely dried or cured.

There are now numerous environmental based products, such as non-toxic alternative paints, varnishes, and glue products for your home. If you decide to insulate your walls or roof, make sure that the insulation is formaldehyde-free.

Put filters on your water taps and shower heads. What you don’t want is to breathe in the chemicals vaporized in your shower which you’ll also absorb into your skin. This more important for your drinking water.

Know if your heating system is gas or electric. If you or your family has any allergic reactions, it’s the natural gas heating which could be the problem.

Any Additions To The Home
Always keep track of anything new that you bring into your home. For instance, some will have a reaction to new appliances such as a new washing machine.

It’s been reported that some will get dizzy spells when using new appliances for the first time. At times, there can be a breaking in period where the surface oil burns off and turns into smoke.

What can result is a toxic environment caused by the motor by the oils and plastics used in the internal parts being worn in. So whats recommended is ventilating the area as much as possible, or using an air purifier to remove the fumes.

Chemicals And Pesticides
Stay away from all indoor pesticides and all lawn and garden chemicals or insect sprays. It’s been reported that some women will have higher instances of breast cancer because of using yard chemicals. So use natural alternatives instead.

Gas lawn mowers, snow removers, leaf blowers etc., are usually more polluting than cars as they burn more oil with poor exhaust. So use a push mower, an electric weed whacker, and garden shears instead.

A Chemical Romance
Perfume is one of the biggest offenders. So it’s advised not to wear it and suggest your family and friends to not wear any if they’re coming to your home. Always wash any new clothing you buy as soon as possible and rinse by adding vinegar to the water.

Avoid brand new houses or buildings as well as the ones which have been recently remodeled, as they most likely use conventional chemical laden paints, carpets, and glues, and their fumes will still dwell.

Know that wrinkle free sheets as well as stiff starchy shirts are treated with harsh chemicals, which keeps them looking that way. Some of these chemicals are known to actually make it harder for you to fall asleep.

Realize that the cheaper variety of cotton is usually one of the most heavily pesticide-sprayed crops, so try to buy organic if possible.

Keep in mind that we all can become sensitive to chemicals and allergies from these toxins, but they’re just usually temporary until the immune system is able to recover and can build itself back up again.

Why Cross Training Is Key For Improved Fitness And Fat Loss