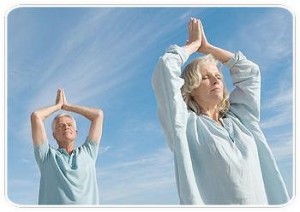 What we all want is to experience longevity in our lives while at the same time be healthy. What research tells us that good nutrition and performing a routine and consistent physical exercise program is the key to slowing down as well as possibly preventing premature aging.

For as long as we as human beings have been walking this planet, mankind has constantly been searching for ways to extend our lives to avoid old age and ultimately extinction. Because of this, the search for eternal youth will cost consumers and especially the “baby boomers” billions on an annual basis, as pharmaceutical companies continue to develop the latest and greatest anti-aging formulas, potions or an elixir on a seemingly regular basis.

From powders and pills to oxygen chamber treatments along with extreme diet solutions, to the latest greatest superfood, those looking to find that fountain of youth will pretty much resort to anything. The majority of these so called solutions actually have some scientific backing, while the majority are just complete bunk.

[ad#co-1]
But despite all of the solutions along with the ‘anti-aging’ wonder cures which are available, most people are still generally aging just as quickly as ever in this advanced hectic era that we live in, even if the health and wellness industry claims that they have prolonged longevity.

All of the well known ‘old people diseases’ such as arthritis, rheumatism, stroke or heart disease, combined with weight gain and diabetes, are now routinely diagnosed these days at alarming rates, even in children and pre-teens.

So this raises whether there’s a link between our modern stressed out lifestyles which primarily consists of little body activity and the faster rate in which we’re all growing old. What needs to be determined is how the body reacts once aging does eventually begin to set in.

The Biological Aging Process
Traditionally, we’ll tend to look at how we age in terms of chronology, or how old we are in terms of years since we were born. But all that is, is just a mere measurement of expired time, and not the real effects of the aging process, which is known as biological aging. Biological aging is defined as a measurable physical state of deterioration of our bodies as we grow older.

Biological aging can also be linked to proximal aging, or the effects of aging based on the factors of how we treat our bodies, such factors include: nutrition, physical activity, injuries or disease. The ‘biological age’ based differences among individuals can also usually be traced back to certain causes of a person’s earlier life, such as childhood nutritional deficiencies, physical injuries and diseases.

Natural Cell Reproduction
Until we reach the age of 35 years old or so, the cells in our bodies has the ability to quickly renew and recover itself from damage sustained by: injury, nutritional or emotional stress, diseases and strenuous exercise.

Aging then can be defined as the cells inability to be able to effectively repair or replace themselves from these stresses. This then leads to deterioration of the cells and ultimately the result is old age.

The cellular deterioration naturally leads towards the breakdown in our joints as well as our connective tissues, which can cause rheumatism and arthritis in the muscle tissues. This also results in the loss of muscle tone and mass, which will then lead towards a drop in our base metabolism levels as well as lowering our body temperature while increasing body fat.

The unfortunate part about the aging process is that it’s genetically stamped and encoded in our cells and DNA. But this doesn’t necessarily mean that we’re doomed as there are certain steps that we can take.

The Role That Good Nutrition Plays To Fight Aging
It does make perfect sense then that if we’re able to prevent or somehow slow down the rate in which the cellular damage occurs, and help our bodies to recuperate quicker, we should be able to age a lot slower. It’s general knowledge that a well balanced nutritional diet does wonders in the battle against aging.

After all, we are what we eat. Without good nutrition, the cells cannot be replenished properly, and thus can’t perform their routine vital functions such as tissue repair, energy production, fight disease and the removal of unwanted waste and toxins.

It never ceases to amaze how well or how long our bodies can actually cope and function with poor nutritional diets that some of us have. But eventually, it’s bound to catch up to us as we can’t get away with it forever. Once it does, we then tend to look for the ultimate “super cure” to combat or reverse the aging process.

There Is A Place On Earth
So it’s helpful to find out why as well as how certain groups of people from different cultures are able to reach extraordinary ages while continuing to be healthy and strong.

One of the best examples may be from the island of Okinawa in Japan, which happens to hold the world’s record for longevity as well as the number of people in one location on the planet who regularly lives until their 90 years or older. These individuals often look and live like those who are 30 years younger than they actually are.

So what’s their secret? First, they all follow a strict diet which is low in calories and extremely high in nutritional value, such as multiple portions of fresh fish as well as fruit and vegetables on a daily basis.

They also by habit, all stay extremely active as well. Those living in Okinawa will usually walk wherever they need to go. They also practice a form of meditation along with practicing a passive martial arts program. They also do their own gardening and consume it’s natural organic harvest.

Physical Activity The Key To Fighting The Aging Process
What are the exact benefits of having an active and healthy lifestyle, and how and why can it slow down the aging process? As we have seen as well experienced on a first hand basis, when our biological clocks begins to tick, we can experience the following:

There has been numerous studies conducted which has shown that many of these ‘aging’ issues may not be connected to either biological or chronological age. Research has revealed that the two major factors which contributes to aging are, an unhealthy lifestyle and a decrease or absence of consistent physical activity.

So adopting a regular physical activity regiment will suppress the following symptoms, this based on just one single session of a focused and purposeful physical exercise program, brought the following results:

• An increase in breathing which increases oxygen consumption to the cells of the body
• An increase in heart rate, which usually is followed by an increase of blood pressure
• An increase in energy and heightened body heat production
• An noticeable increase in the production of CO2
• Increased sweating, which rids the body of unwanted toxins
• Lymph drainage, which is achieved only by exercising or by dedicated massage

All of these positive responses are short lived however, but will contribute to a noticeable reduction in anxiety, stress, toxin build up and depression, which are the major causes and contributes to aging.

In the long run, regular consistent exercise and physical activity will significantly improve and fight the effects of getting old. Exercising also helps in neuromuscular co-ordination, as it will open as well as retain the neuro-pathways, and as a result:

Not a bad list, once you consider how most people are taking medical treatment or medication to achieve these same results!

So How To Get Started To Look Younger
What you don’t need is special gym clothes or an expensive fitness membership to become more active. You should be immediately incorporating some form of physical activity into your daily lifestyle. Begin by finding an activity that you actually enjoy doing, simply because you’ll look forward to doing something that you enjoy.

So go for quick jog or a brisk walk or a bike ride, take your dog along. Put on your shoes and go dancing or go work in your garden. Trying a variety of different activities will keep you moving, and always be looking out for new ways on incorporating different physical activities into your routine.

Almost anyone, regardless of age, are capable of doing some type of physical activity daily. This is highly recommended especially if you have any existing health conditions such as diabetes or heart disease.

Exercising and exerting your body has proven to improve the majority of these conditions. It is however important that you consult with your doctor before starting any activity, especially if you’re 50+ years in age or older.

If you’re new to this, make sure that you start slowly and then gradually increase the activity, building up your strength and stamina, especially if you haven’t done this for a while.

Also…
• Never hold your breath when doing strength exercises as it will elevate your blood pressure
• Always wear safety equipment such as a bike helmet when cycling, and
• Always be fitted with the proper footwear for jogging or walking

Unless you have been told otherwise to limit your fluid intake, make sure that you drink plenty of clean crisp water when you’re performing any of these activities.

• Make sure you bend forward at all times from the hips and not from the waist
• Warm up all of your muscles before you begin stretching
• Physical activity or exercising should never hurt or be painful
• If you’re unable to speak without breaking your sentences in order to breathe, that means you’re working out too hard

Keep in mind that in the beginning of starting any exercise program, you will initially feel some soreness in the muscles and joints, or be tired after the workout, but that is natural. Also keep in mind that your long term plan of keeping and staying active will make you feel a lot better, and it’s guaranteed that you will age a lot slower as a result.