Proof Revealed That Physical Fitness Does Improve The Brain 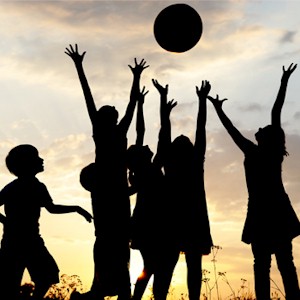 Everyone who enjoys exercising knows that it benefits them physically, making their bodies function better. What exercising does is it also contributes towards better diet habits while helping them manage their weight. It also improves the cardiovascular system contributing to a stronger heart.

There are countless studies which proves that exercising is also good for the brain, something that we’ve always suspected. Exercise can prevent age related disorders such as Alzheimer’s and Parkinson’s disease.

Studies have shown that what exercising can do is quicken the recovery from traumatic brain injury, or in an event of a stroke. The effect which physical activity has is that it activates the hormonal support system, which strengthens the circuits in the brain while helping in developing new ones.

What this activation contributes towards is a rise in several growth factors which are responsible for assisting brain cells to survive, by dividing them into new neurons and ultimately building new brain cells.

There are a few regions in the brain which are capable of producing these new neurons, and what physical activity does is it increases the amount of production of these of brain cells in these areas.

Exercising And The Brain
What exercising does is it increases the blood flow to the brain, stimulating the blood vessels which improves nutrient delivery, while also removing waste which improves mental function.

One known area of the construction of these new neurons is the hippocampus, which plays a key role when it comes to memory recall, learn new things, and improved concentration. What exercising does is it helps their growth which improves these cognitive tasks.

Exercising And Mental Health
Another role that the hippocampus plays is the brains response to stress and anxiety. Studies show that those with post-traumatic stress disorder will generally have a smaller hippocampus.

What constant stress does is it batters and damages the hippocampus, which causes the neurons to die, which has the complete opposite effect when exercising. For this reason, those who routinely exercise are more capable of handling stress better than those who don’t. This because exercising acts as a buffer to the stress.

Medication Or Exercise
Anti-depressants are known to have similar effects as exercise. Although the exact mechanism of how this medication works isn’t completely known, what is understood is that it also creates new neurons in the hippocampus. Exercising has the same exact effect, this without the side effects.

It’s known that those who experience mood swings also responds better to regular exercise instead of taking medication. In some cases, it’s found that just exercising alone is sufficient enough to alleviate mild depression symptoms.

It’s thought that those who are on anti-depressants just replace the medication with a regular exercise program along with therapy, which still may be necessary, then the rate of prescriptions can be reduced.

Exercising Protects The Brain From Disease
Studies have shown that exercising can also protect the brain from the aging process and its related symptoms. Older adults who routinely exercise have always performed better in cognitive tasks, while having lower rates of Alzheimer’s and Parkinson’s disease. They’ll also recover quicker from accidental brain injury.

Those who exercise will also generally live a better lifestyle. For instance, they’ll smoke and drink less alcohol while eating a lot better. Along with the protective role that exercise plays, it’s found to be an extremely valuable therapeutic tool when it comes to recall.

Exercising Improves Work Related Functions
What physical activity has shown is that it improves basic work related cognitive function tasks, such as: scheduling, planning, attention, recall, and overall coordination. It’s found that adults who exercise uses the brain more, than those who don’t.

Focusing On Becoming Active Earlier In Life
All of the known benefits of exercising will compound later in life by beginning the process earlier, this similar to how compound interest works. The earlier that you begin saving, the more money that there is to earn interest as it accumulates.

Yet, it’s known that some schools are now beginning to cut back on physical education, this for budgetary reasons. So what all the soccer moms needs to do is unite and get more physical fitness back into our schools.

Incorporating physical activity behavior into our kids early becomes critical. Studies have shown that those who are exposed to exercising at an early age, will continue to do so later in life.

So ignoring the value of what fitness provides will as a result be ignored if they’re not exposed to it early, the reason why it needs to be introduced early. In order for our kids to be cognitively happier active adults, we’re doing them a huge disfavor.

What the majority of parents however don’t bother to do is project their kid’s futures by activating these life lessons. What they worry about instead are the day-to-day activities which won’t help them later in life.

As a result, over 60% percent of adults who are 65 or older won’t bother engaging in any type of physical activity, so they don’t get the vital brain protection that they need.

The actions that we take with our kids today, and the behaviors which we promote has a huge impact on the success of their lives, this once they grow and begin functioning as adults. What we need to do is set them up for the success which they deserve, beginning with physical exercise becoming a habit.

Myths Revealed About Your Metabolism And Basal Metabolic Rate

How To Overcome That Dreadful Fear Of Selling For A Living