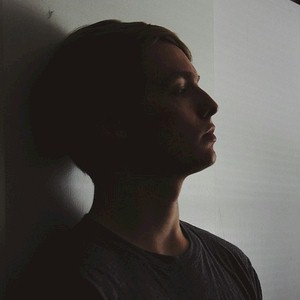 Consciously deciding to change a poor behavior isn’t as straightforward as one might want. This includes identifying and attempting to break free from a bad habit. It’s a lot more complex than waking up one morning and declaring, “this” has to stop today.

There’s no bright light that suddenly appears at the end of the tunnel, then all the bad vices suddenly vanishes into thin air. There are a series of steps however, that one can take to change their defeating behavior, hopefully making them permanent.

What most will do during this recovery process is oscillate back and forth, fluctuate between the steps for various lengths of time, this until they’ve finally kicked the habit.

So there’s an established model which has proven to work, this especially for addiction based issues, which doesn’t need to be a detailed grueling process.

Not Realizing
Most individuals in the early stages may not even be aware that they have a problem, so they continue to actively engage in the behavior.

It becomes important to keep in mind that they’ll continue to engage in the action, this because of a core motivation.

This could be someone who drinks excessively to numb the grieving pain of a broken relationship, or so they’ll be accepted into a specific peer group.

This to mask stress, make one feel temporarily better for the moment, that their problem free. But in the long-term, the consequences could be devastating, at times becoming fatal.

Awareness Of The Problem
During this stage, the individual begins to realize they may have a problem. Their immediate friends or family may be aware initially, and may even comment on the behavioral issues.

Or they may of been caught drinking and driving, become abusive, or ended up in the emergency ward with some type of incident.

Medical administration may point out abnormal blood work results which are definitive indicators of organ damage, this due to excessive or chronic abuse.

Their behavior now results in glaring consequences where everyone begins to notice, the health issues compounds, or they have brushes with the law.

Preparing To Take Action
So what the individual does is they personally acknowledge while accepting the fact that their habit has become problematic, and are considering what action to take.

Those close to them, along with health advisers, will offer encouragement and assistance to the individual, this to seek professional help to combat their issues.

This is a period of time when the individual can learn and benefit from the various treatment options, which are offered and made available to them.

This can include contact information for the appropriate treatment centers, local recovery chapters for mutual support, or mental health facilities and addiction counselors.

If these individuals happens to end up in medical care, this because of the consequences of their bad habits, they’re usually provided with assistance on which direction they should be taking.

But in order for any type of change to be effective, it’s still up to the individual and their support group, and not the medical community to persuade help for getting treatment.

Taking The Necessary Action
So the individual decides to get the help they need. This action could be gradual and it can take various forms.

What this includes is contacting the treatment agency, arranging a doctor’s appointment, seeking counseling, or voluntarily going cold turkey.

For those with common substance abuse issues however, they suddenly going “cold turkey,” can develop a dangerous secondary condition which is known as delirium tremens.

If left untreated, this can potentially prove fatal. Those with these issues may need to attend a regulated treatment center for extended periods of time.

Prescribed treatment can also be an order by the courts, this due to criminal behavior which stems from their addictions.

To Clean Up
What’s known is that it’s extremely important, for individuals to change certain elements of their lives and environment to foster success.

This can include physically disposing of all their known vices such as cigarettes, moving to a new neighborhood, or deflecting away from their “peer pressure” friends.

The reason being that misery loves company, and those who are still involved in the bad habits will attempt to pull their recovering friends back down.

This is also the most vulnerable stage, as the recovering individuals may not be fully committed to recovery. They may still be wavering back and forth.

For instance, they may contact their support group services, but may not follow through and not show up for their meetings or appointments.

But for those who do, and are committed to follow through, they’re taking the necessary steps which are required of them, then they’re ready to move to the final stage, which is maintenance.

Preventative Maintenance
The individual has successfully modified their behavior and are reaping the rewards because of it. They’re engaged in attending the meetings, receiving counseling, committed to overcoming their habit.

But if they’re ever suddenly confronted by unexpected life circumstances, such as divorce, illness, or loss of a job, they can be vulnerable to regressing, they ending up right back where they began.

Those who are in recovery from the bad habits that they’re attempting to escape from, will often shift back and forth during these stages, this until they can declare themselves clean.

It becomes extremely important to know at what stage of the recovery process that the individual is at, so the appropriate intervention can be reapplied.

Follow What All Those Energetic People Do On A Daily Basis