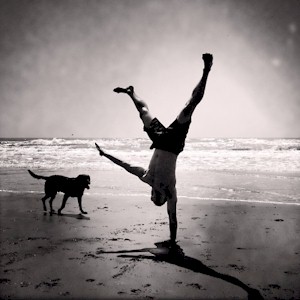 You see them in constant perpetual motion, always on the run. They’re full of zest as their energy levels appear at maximum rage. This is not by accident but by design, as they know how to energize themselves so they’ll be at their peak performance at all times.

It doesn’t matter what you do or who you are, if you don’t have the energy, you won’t have the courage or the stamina to do whatever it is you’re doing. You feel sluggish getting out of bed, dread going to work, and feel famished at the end of the day.

So what’s been discovered is finding out what those eternally energized people do on a daily basis, and why its more by design.

What most follow is a ritual to elevate their energy levels, this by natural means while avoiding the short-term artificial methods.

They Consider Their Work Meaningful
What’s been on trend lately are those speaking of their work being meaningful. This concept is nothing new, as people have been questioning what the meaning of their life and work is since the existence of time.

The reason why these people are more energetic is because they do meaningful work, which results in they not needing to try or work as hard. Those who need to labor through their jobs, depletes their energy.

They absolutely love what they do for a living so the energy just regenerates itself. If you dread your daily job, then find something you like.

Get Adequate Sleep
Sleep is important as the lack of it can hamper in a variety of ways. The most energetic of people know this, and will cherish the amount of healthy sleep they get, this by making sure they get at least 7 hours of sleep a night.

They’re also extremely consistent about it, as they get up at the same time every morning. So what’s recommended is making this change in your sleeping habits, and then you’ll set the path to becoming more energetic yourself.

They Conserve Their Energy
To prove this, a study was conducted on what the superior athletes of their sport do differently to conserve their energy, this compared to the rest of us sedentary types.

What was found consistent and in common was that the elite athletes all took periods of rest when needed, this between whatever they’re were doing to recuperate, but not in the traditional sense.

What these gifted athletes will do is take psychological breaks instead, this by transporting their minds somewhere else mentally.

A champion tennis player for instance, might walk away to visualize for a few moments on their swing, while the opponent uses that time to stress about how tired they are.

The Foods To Eat
Most still think that eating a big heavy breakfast sets the foundation for the day. But what doing so does is it provides an initial spike of energy, but what subsequently occurs is a mid-morning crash.

Then you feel sluggish, so the natural reaction is to eat more. What’s proven is that eating well doesn’t mean needing to eat big.

It’s more about maintaining the proper portions of nutritious food throughout the day, which also corresponds with your daily activity level.

To Eat More Precise
Once you wake up, you eat a dense bagel, have a glass of orange juice, and a few cups of coffee. Then you drive to work, sit in the cubicle for hours until lunch. Realize this isn’t eating well.

The reason being that the bagel and the juice converts into sugar, which causes an insulin spike, which is invariably followed by an energy crash.

A better solution is scrambled eggs cooked in coconut oil with green tea. What this gives you is the much needed fiber, protein, and the essential fatty acids which will keep you energized longer.

Exercise On A Daily Basis
What’s known are the benefits of exercise. It’s found that to generate more energy, exercise more frequently. This contrary to what most think that exercising makes you tired.

The reason why exercising increases your energy is because it pumps up your metabolism, while getting your blood flowing throughout the body, especially cognitively.

If you want to join the ranks of being energetic yourself, you need to exercising daily, preferably first thing in the morning.

Practicing Mindfulness
What’s generating substantial evidence is becoming mindful. One way to practice this, which is a simple solution to apply, is the “STOP” method whenever energy becomes depleted.

Just stop yourself when under stress, then take a few deep breathes, observe what the situation is, then proceed appropriately.

This appears basic, but try it out yourself, as this short routine will have an impact on you remaining calm, while doing so regulates your energy and your immediate activities.

Always Be Learning
The majority of those who have high energy has an insatiable appetite for learning new things. They constantly read about trending topics they’re interested in, mainly on how to improve themselves.

They watch videos or listen to audiobooks. They take online courses as they’re extremely curious, constantly on the lookout for new and exciting opportunities.

This by physically retaining their energy by eating and sleeping well, interacting with other energetic people, and doing meaningful things which has purpose.

So this is a consistent theme. The methodology for one to acquire more energy, is combining these forces as often as possible. Once followed, then anyone should be able to regenerate more energy themselves.