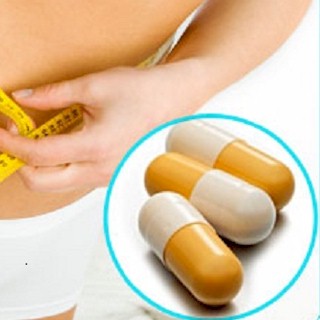 There’s constant debate when it comes to weight loss supplementation, the types to take, and how much. There’s a targeted group of supplements which are currently on the market, that may potentially help in burning off stubborn body fat, while injecting more energy for exercising longer.

Keep in mind that what supplements does is just supplement, meaning that they’re not designated or designed to replace a proper diet or improve exercise results. When used under the right conditions, with the proper training or weight loss program, can possibly accelerate the progress towards your weight loss objectives.

What’s always advised before attempting any diet plan, exercise regime, or supplementation program, is to consult with your doctor or health practitioner first, this for any potential conflicts.

Use Of Supplements
Keep in mind that “supplement” means that something’s added to the diet, this to make up for an imbalance or nutritional deficiency.

They’re not intended to be a substitute for a balanced diet. They should only be included to supplement your current diet, and not to replace it.

Multi-Vitamins And Minerals
What most are familiar with are taking multi-vitamins and mineral supplements. They’re also the most popular and important single supplement which should be absorbed by athletes and dieters, and the first supplement that should be taken.

For the human body to perform at its peak, it needs to be fed an array of vital nutrients. If the body becomes deficient in any of the essential vitamins or minerals, then performance declines.

What many think is that because they won’t help in lose weight, or pack on pounds of muscle when taking vitamins, that they’re a waste of time.

Realize that it becomes more difficult, this when you’re deficient in just one essential vitamin or mineral. Also make sure that the vitamins are as natural and soluble as possible.

Chitosan
Chitosan is a fiber that has fat binding ability, which can potentially aid in weight loss. The most important health property when it comes to dietary fiber, is its ability to bind together fat molecules in the digestive system, which then are excreted.

Since it’s not possible for chitosan to be completely digested, the fat that’s absorbed is passed through the body.

Combined with a good weight loss plan and regular exercise, chitosan can be an excellent choice for fighting off those unwanted pounds. The best results is taking it 5 minutes before a meal.

Ma Huang
This is a popular Asian herb which has been used for thousands of years. It was first used by the ancient Chinese as a decongestant.

The active ingredient that’s found is ephedrine, has proven to contain fat burning properties that can enhance thermogenesis, which is the body’s ability to burn fat for energy.

The best solution is combining it with Guarara and White willow bark, as the fat burning and muscle sparring effects using this stack, has shown excellent results.

What it does is effectively stimulates the metabolism, which increases the metabolic rate, which in turn burns calories, all while not effecting the nervous system.

What citrus aurantium can do is act as an appetite suppressant. When combined with caffeine, green tea, white willow bark, or cayenne, does is increases greater thermogenic action.

Pyruvate
Pyruvate is a naturally occurring substance which is commonly found in weight loss and herbal fat burning solutions. Studies show that diet pills which contains pyruvate, when combined with restricting caloric intake while increasing exercise, does is boosts metabolism.

What pyruvate produces is ATP, which makes it an excellent supplement to take. Combine Alpha Lipioc Acid (ATP) and creatine, with Sodium and Calcium.

Branched Chain Amino Acids
All which are essential amino acids. Essential meaning that the body by itself can’t produce them, so what’s needed is quantities obtained from supplementation.

The three BCAAS, Valine, Leucine, and Isoleucine, does is makes up around 70% percent of the amino acids found in the body. These are unique because they’re utilized directly by muscle tissue, this during extended workouts.

Since the body only has a limited number of amino acids, what it does is forces them to break down lean muscle tissue, this when proper dietary sources aren’t met. BCAA’s can be found in protein powder form.

Ribose
Ribose is a simple sugar which occurs naturally in every living cell, and is one of the simplest molecules that’s used by the body to build up and restore energy.

Ribose is extremely important for the production of ATP, which is the major source of energy that’s used by the cells, including building muscle tissue.

What Ribose has shown is to increase muscular levels while boosting endurance, which promotes quicker recovery. It’s an excellent way to increase energy levels.

Nacn-Acetyl-Cysteine
NAC is known as an extremely powerful anti-oxidant, which has the ability to neutralize free radicals, which in turn helps in slowing down the aging process.

NAC has all the properties of l-cysteine, and is considered the most cost effective way of boosting peptide levels in the body. It’s also proven to protect a variety of toxic hazards, such as cigarette smoke, herbicides, and auto exhaust.

What NAC also does is plays a key role in prostate and respiratory ailments. It’s considered more effective than supplementing with cysteine, methionine, or glutathione, making it an extremely user friendly anti-oxidant.