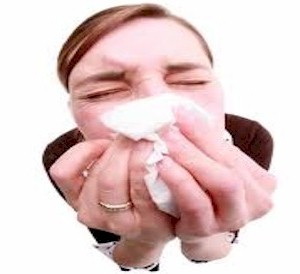 You may know someone who’s always chipper while everyone else has the sniffles. It’s tempting to just dismiss it as they having superior immune systems. You may also be one who always catches the latest common cold, or suffers from the occasional pain and body aches, every time there’s a shift in the weather.

But there are those who never “catch” anything, which forces them to go bedridden with ailments such as the flu, or high fever, that sends the majority of us seeking surrender under the covers for days. So despite decades of research, health experts and the medical community are still unable to solve, or are unwilling to, how we can avoid catching the common cold.

So the best solution is to emulate those individuals who are continuously avoiding these colds. Listed are the most common traits on what they do, and how you can take advantage of them as well.

They Don’t Eat As Much
Decades ago, it was found that animals who were fed less, with better diets, lived up to two times longer than their counterparts. More current research reveals that individuals who monitor their calorie intake, and consume less food, have lower incidences of health problems which are age related, such as, diabetes, cardiovascular disease, and Alzheimer’s.

One test had individuals eat up to 25% percent less than what they normally would, resulted in lower “bad” LDL cholesterol, lower blood pressure, and lower triglyceride levels.

But keep in mind that reducing calories can also be unsafe if not monitored properly. It’s recommended that you begin by limiting your sugar intake and white flour, while eating more fruit and dark leafy greens.

Less Stress In Their Lives
Researchers have found that increased stress will damage the heart and immune system. Studies prove that you’ll also increase the chances of contracting certain bacterial infections, such as tuberculosis with higher stress and anxiety levels.

There’s also compelling evidence that once you adopt certain relaxation techniques, the better off you are, beginning earlier in life. It’s been suggested that experiencing stress does long-term damage if not managed properly.

A consistent exercise program is one of the best ways to reduce stress levels. A University study found that when individuals performed low strenuous activities, such as walking or biking for 30 minutes, they were able to reduce the tension in their bodies by up to 20% percent.

Combine this with a diet that’s rich in produce, and laughing more, can instantly release endorphins in the body which act as natural stress relievers.

Detox And Cleansing On A Regular Basis
There’s an abundance of chemicals which are ingested into the body on a daily basis, such as: dioxins, phthalates, and PCBs, which were nonexistent just a handful of decades ago.

This may be the very reason why certain illnesses such as liver disease has been on the rise, this due to toxic exposure. So although there’s been no documented studies of the long-term effects of detoxing, the odds are good that your health levels will improve by decreasing the synthetic chemicals in your body.

The signs of these unwanted chemicals include: fatigue, digestive problems, and muscle pain being the most common ailments and evidence that you need a cleansing. The majority of these programs include limiting the consumption of meat, along with avoiding dairy, sugar, alcohol, and caffeine.

Another method of purging toxins out of your body is by using a sauna or taking yoga classes, preferably in a hot steamy room. Homeopathic and mineral bath salts also help as well. Make sure that you consult with your doctor, however, before starting any detox program.

Staying As Balanced As Possible
As in pH balanced. According to natural health experts, the body experiences it’s best healthy state when its balanced between acidic and alkaline.

Once the pH levels happen to fall off below this midpoint, the body will then suffer from acidosis, resulting in too much acid in the body, which can result in: rapid breathing, fatigue, stomach ailments, and mild confusion.

Experts claim that the average American diet, which usually consists of meat and sugar, creates an epidemic of acidosis conditions. The majority of fruits and vegetables are alkalizing, so eating them on a regular basis can balance out your pH levels.

So include plenty of dark leafy greens, asparagus, green beans, and carrots in your daily diet. Other foods which are alkalizing include avocados, coconuts, lemons, and cucumbers.

Choose Herbal Based Remedies
Although any natural plant based health aids have been derided by the majority of the medical community, there are actually approximately 25% percent of all the “behind the counter” prescription drugs which are actually derived from plants.

Herbal remedies, which are usually plants that are purported to contain medicinal healing properties, has long been a part of TCM, or traditional Chinese medicine for centuries.

Some plants have the ability to lower high blood pressure, destroy germs and bacteria, boost the immune system, and stimulate the nervous system. But there’s no need to fill up your drawers with these natural supplements, as something simple as sipping green tea can improve your immunity and general health. Sipping unflavored loose-leaf green tea which is found in any Asian or health store offers the best results.

How Improving Your Listening Skills Allows You To Learn More