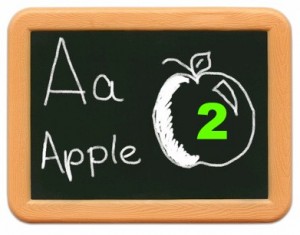 It’s that time again, we are all getting sucked into the Almighty Apple’s vortex force field as they have finally released the new iPad 2 for sale. But this new shiny and bright iPad 2 tablet which is designed to seek and destroy any other tablet based mobile device in it’s path, may not exactly be that perfect flawless product that it’s proclaimed itself to be.

Yes, this does appear to be another great upgrade for one of their excellent products in the typical Apple fashion. But before you cash in your paycheck and run down to the Apple Store, you should realize that there are a few obvious shortcomings in the iPad 2. These flaws may be significant enough of a disappointment that you may regret purchasing this new iPad.

• The iPad 2 Does Not Have 4G Integration
We seem to be caught in a bit of a “dead space” right now when you purchase a smartphone or a shiny tablet PC. It seems like when you walk out the door with your new mobile device and then Bang… it already may be outdated. Yes, the Apple iPad 2 is brand new, but it doesn’t have 4G integration or a way for it to be upgraded to 4G. So guess what the main feature in the next Apple iPad 3 is going to be?

Apple should of obviously made the iPad 2 somehow upgradable to 4G, which is just around the corner. 4G is also a significant improvement on the current 3G. So the end result may be that you will be sucking a lot more bandwidth from your mobile provider than they allow you to use. So before you jump out and justify why you need the iPad 2, you should be considering how your toll bill will look from your mobile provider.

• The Cameras Are Not Very Good
It may be odd to some that Apple introduces a brand new feature on the iPad that everyone’s been requesting, but they don’t bother to talk about or improve it. That being said, there are now two built in cameras on the new iPad 2. The first camera in front for your basic video chats, allowing you to broadcast your face.

The other is a 720p camera on the back of the iPad 2 with a 5X digital zoom. This however is not the 1280 X 720p camera as the specifications states, but rather the same 920 X 720p camera that’s found on the iPod Touch, which is a much inferior camera. The built in digital zoom is virtually useless as well. Both of the cameras on the iPad 2’s are really pretty poor.

• Can’t See The Display That Well
One of the updates that was expected on the iPad 2 was a better higher resolution retina display. It’s not available on the iPad 2 as it comes with the same 1024 x 768p display that’s found on the original iPad.

Yes, on the iPad 2 the apps will run a lot smoother as well as faster, but they won’t look any better. Some say this may be on purpose as the somewhat lower resolution display will conceal the poor picture quality that’s produced by the on board 0.7 megapixel camera. With the tablet competition heating up, the next generation iPad 3 should have a higher-resolution display as well as better cameras.

• So Where’s The USB Or The SD Slots
Apple as you know does things a little differently. You take home your brand new iPad 2, open up the box, take it out and with a puzzled look you begin to shake it, why? Because it doesn’t have a common storage distribution solution such as an USB port or SD slots on the iPad.

So you wonder, how the heck do I transfer my data from one place to another? The most obvious solution would be cloud computing, or you may be forced to use one of Apple’s rather expensive accessories, just to transfer your photos from your camera to the iPad.

• Flash Flash Oh My Oh My Flash
Do you support Flash? Not support Flash? It has been a big issue and discussion point among the geeks water cooler talk. Some, including Apple, are seeing signs that Flash may be on its way out. But there is no denying that there’s still a lot of flash content that’s available, and the recent introduction and development of “Stage Acceleration Support” eliminates Apple’s apparent concern that Flash just consumes way too much of the devices resources.

It’s useful to have something that can run flash apps without waiting for it to load. Apple firmly believes that Flash is on its way out, but it’s pretty easy to see that their argument isn’t just about efficiency and security. It’s most likely more about protecting their huge ‘Non Flash’ apps gallery. So if you’re looking for a device that will show every type of content that the Internet has to offer, including Flash, then the iPad may not be for you.

[ad#co-1]
So Are There Enough Reasons Not To Buy The iPad 2?
There may be reasons why you won’t choose to buy an Apple iPad 2. There are a lot of experts saying that there’s just a few minor tweaks on the iPad 2 over the original iPad. The iPad’s original purpose was primarily for web browsing, and the iPad 2 still does just that. The iPad 2 seems like it’s just a ‘filler’ device until the much more significant and substantial upgrades will happen in the iPad 3, which is expected next year.

So if you happen to have the original iPad, there is really no reason to buy the newer iPad 2, other than it being a bit thinner, and you happen to having an extra $600 or so to spare. If you currently don’t own an iPad, you may just consider buying the original iPad, where the prices are expected to drop. The same poor quality camera, the upgrade on the iOS software, the newer dual-core processor upgrade on the iPad 2, isn’t really worth the extra dollars.