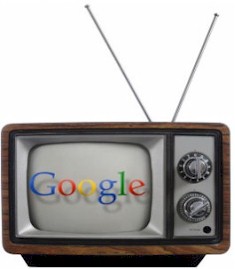 Google TV is a relatively new development brought to you from those fine folks who are determined to dominate the planet. Google TV is aiming at bringing you the ultimate online Internet browsing and television viewing experience right on your TV in your living room. So what exactly is Google TV, how does it work, and what can it do?

Google TV is a television platform that’s connected to the Internet. Google has ventured with Sony, Intel and Logitech to develop this project. What Google TV does is it integrates their Android OS along with Google’s Chrome Web browser to create a completely new experience in TV viewing.

The Basics Of Google TV
Well, Google TV isn’t exactly an actual TV, it’s not a device either, nor is it a single product that you can take out of a box. What Google TV does is it’s designed to combine and control your entire TV programming and your DVR through the Internet. So Google TV is more of a platform. What you will need is an Internet connection to access it, and since it’s based on their popular Android OS, you can run any Android app on it as well.

Google TV will give you a “Home Screen” on your TV, where you’ll be able to save links to your favorite TV shows, or your favorite TV channels and Web sites. Your favorite content that you like and have saved will be available to you with click of a button.

To explain what you’ll be able to do with Google TV, here are a few examples:
• You can search for your favorite TV channels or TV shows to either watch or record, you can also access and watch programs that you’ve already previously recorded
• You can browse the Internet and watch YouTube videos for instance. Or you can stream videos from your favorite video sites, search for online news items, or check all your fantasy sports team stats while you’re watching the actual game. You can also stream Netflix movies using Google Chrome
• You will be able to watch and enjoy Web sites which are Flash-based, including games as well as videos directly on your TV
• You can view slide shows of your holiday photos via your favorite photo-sharing site
• You can stream music or audio directly from an online radio or music station
• You can play popular online games

Enhancements On Home Theater
It’s important that you know Google TV will not replace your TV’s existing programming, as you will still need to keep your satellite or digital cable subscription. Instead, what Google TV will do is simply enhance the setup of your TV, as well as adding new layers of functionality to what you already have.

Since Google TV operates on the Android Operating System, as well as having a real genuine (Chrome ) Web browser, you will be able to seamlessly access the Web as well as a lot of other content directly on your HDTV, similar to what you can do on an Internet connected desktop computer or a mobile device.

[ad#co-1]
Google TV And It’s Associates
Google isn’t doing this Google TV venture alone. There are major companies who has partnered with Google to manufacture products as well as installing their technology into Google TV.

• Logitech has built a set-box that allows you to easily integrate Google TV with your existing home-theater setup you currently own, this regardless if it’s Internet-Connectable or not
• Intel has developed a specialized Intel Atom processor that will provide the processing power for the Smart TV to work. The Intel Atom chip is built directly into all the Google TV devices
• Dish Network is integrating their HD-DVR with Google TV, allowing you to seamlessly search as well as record content directly from your Google TV
• Sony has really decided to take the plunge with Google by manufacturing a HDTV as well as a Blu-ray Disc player, both Google TV enabled. Both of these components will also have the capabilities to be able to run Google TV as well as serve up any content that you want. Also included is a remote control that’s designed to make navigating as well as searching easier than ever

Google is also encouraging Web developers to optimize their websites for Google TV, as well as challenging them to develop new and exciting Android apps as well.

How To List Your Business For Local Search Engine Results

Reasons Why You Should NOT Buy The Apple iPad 2