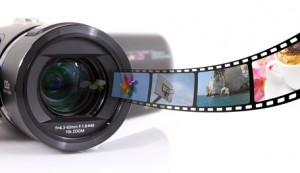 So there you are sitting in your doctors office, and you have a few minutes to spare in the waiting room. How about watching last nights sports highlights on your mobile device? Or, are you wanting to show off your daughters perfect piano recital to your family and friends on YouTube? Well, your new Google’s Smart TV will be able to do that.

As we witness video technology evolving at a rapid pace, there are now a lot more devices which are Web enabled, making online video consumption on smartphones, tablets PCs and Internet capable home appliances ever so convenient and common.

A Variety Of Video Formats
Understanding the importance as well as the different types of video output formats is mandatory. When it comes to digital video files, they consist of 2 distinct parts:

The first is whats known as a container, and the video codec that’s used inside that container. The Codec is the algorithm that’s used to reduce the size of a video file, while the container describes the structure of that file, as well as providing for specific instructions on how to process it.

During the initial early days of video, offering the proper formats which were able to reach the widest possible audience was the key, and that still remains so today. Smartphone devices are designed as well as expected to deliver a rich viewing experience, as mobile operators are working towards improving the infrastructure to be able to support the immense bandwidth that’s required to show high-quality video.

Being able to offer videos at every possible point of consumer consumption, is quickly becoming the main requirement for businesses who are wanting to leverage video as part of their organizations strategy.

Is HTML5 Becoming The Video Standard
Since HTML5 is still relatively new, how big of a role it’s going to play is not yet known. HTML5 is expected to be the next significant revision to HTML Web standards. This standard introduces new elements, as well as APIs that enables developers to be able to deliver a more interactive and a cleaner media experience. HTML5 will also include new elements such as: <*video*> and <*audio*> for multimedia purposes. While these standards are still evolving, support for these two new ‘media’ elements are already available on the latest internet browsers.

With the recent introduction of tablets and their threat to dominate the online world, mobile devices such as the iPad presents exciting new possibilities for an instant buffer free video experience. Since these are full screen browsers, websites that display videos are now able to render on these larger tablet screens, without sacrificing any of the vivid richness that may be often be lost on the smaller smartphone devices.

Apple, because they initially decided not to support Flash for their mobile devices, HTML5 has become the alternate choice over Flash for the iOS devices.

As HTML5 emerges, it may however be setting the stage for potentially new conflicts regarding different video formats. The browsers themselves will also play a big role in which format to use. Developers no longer need to know or learn Flash to be able to produce and build interactive videos. Instead, Web engineers can now just use HTML5, without depending on any 3rd party plug-ins.

Video Formats Which Are Currently Supported By HTML5 Browsers
• Ogg — Opera, Firefox and Chrome
• MPEG 4 — supported on Chrome, Android, iOS, and Safari
• Ogg — Opera, Chrome and Firefox
• WebM — Chrome as well as Opera
• Microsoft is expected to be introducing ‘Codec’ for HTML5 support

Each of these different types of video formats, along with their compatible codecs, each has their own pros and cons.

Theora
Theora is a video codec that’s used in Ogg. It’s royalty-free, thus isn’t encumbered with any patents. Theora however, is yet to be widely used or very popular.

H.264
H.264 is codec which is used in MPEG4. This can be configured for low as well as higher bandwidth CPU devices. This flexibility allows for H.264 to be a good choice for PCs, smartphones, as well as other media devices. Although H.264 does carry a patent, it has been made royalty free and clear for usage on the Web. H.264 is currently the ‘codec’ of choice used by Apple’s iTunes.

Is WebM The New Video Standard?
As online video exponentially expands from home based computers to mobile devices, as well as connecting to other Web enabled devices such as Smart TVs, a standardized format which is able to support all of the IP-based videos would significantly lower the threshold for media providers to be able to distribute their content to the largest audience that’s possible.

The complete adoption however of WebM is still pretty much non existent at this point. The online video fraternity does support this type of initiative however, as they are realizing there’s a need to advance Web standards towards a new era of digital media.

So What’s Next On The Horizon
The complete HTML5 standards won’t be finalized for a few years, and standards such as WebM are not yet adopted or proven. But as each element is slowly becoming accepted, or these features begin to mature, browsers will be able to eventually adopt them as standards. Adobe however, continues to innovate itself, such as extending their support for Flash towards mobile devices, such as on Google’s Android Smart TV.

So where does this leave everyone? All we want is to watch uninterrupted buffer free video on our smartphones or tablet PC, regardless of where we are or what format it is.

[ad#co-1]
Simply Produce Quality Videos
Online Marketers and businesses are required to know their audience that they’re broadcasting to in order to provide the best video experience that’s possible. They also need to know the type of devices that their using, as well as the quality and strength of the Internet connection.

What’s also required is knowing how they are consuming the video, if they’re watching it on Facebook or You Tube, or if they are watching directly from your mobile website? What are the different types of videos that they’re likely to watch on mobile devices versus desktop computers?

As there is no single video format that’s currently universal for mobile devices, video producers have no other choice than to offer multiple formats, which would be a combination of Flash and HTML5.

So if you produce videos, what’s required is you focusing on quality. This regardless of the different varieties of technologies as well as formats that you use. If the quality of your video is simply not of high standards, it’s delivery will not be either. The one single factor that will keep viewer retention is being able to deliver a high quality video product.

Why Induction Stove CookTops Are Hot - A Guide