How To Earn Revenue From Video Production
Skip to content 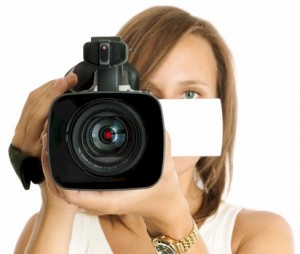 There was a recent study that found online surfers are now watching a lot more video on the Internet from a variety of devices. It was revealed that these viewers are slowly but surely starting to accept the idea of paying for watching exclusive video online. To many video producers, this is very good news, as creating as well as marketing videos online can be an extremely costly as well as time consuming process. So to many, it’s about time that those videos may start to earn income.

Google’s YouTube is obviously by far the Internets largest online video source, with over 82% percent of viewers who has viewed a video on YouTube in the past 12 months. There were however 35% percent who used Netflix, which is a paid service, and approximately 20% percent who used Apple’s iTunes, which is another paid service. What’s more encouraging is that over 41% percent of the total viewers actually paid to watch online video content.

Reasons Why Online Surfers Paid To Watch Online Video Included
• They paid so they could gain access to certain videos that they wanted to watch, when they wanted to watch them, so basically for convenience (57%)
• They paying to watch videos was the cheapest source than the alternatives which were available (cable TV ,satellite TV, DVD Rentals, etc.) (33%)
• They paid to watch a video because they did not want to watch advertisements (31%)
• Paid to watch online video to get exclusive content which is not available by any other media outlet, such as TV or DVDs (23%)
• The paid video content or service was recommended by a colleague or friend (16%)

Paying To Watch Online Video’s
It may be encouraging for most online video producers that 35% percent did pay for, or would consider paying for online entertainment based videos, while 39% percent said they would pay for how-to, tutorials or instructional based videos. The biggest reason why online viewers would pay for online video content was to watch new release movies, which was followed by TV shows and TV show segments.

Since instructional videos and short films covers a large range, there are plenty of opportunities that exists for Internet professionals to actually begin charging for their online video content.

This is similar to what Amazon and their Kindle eReader is doing in the ebook market. They are charging for content on their various 5,000 to 25,000 word ebooks, which are priced anywhere from $0.99 to $3.99 per download. So there must be some instructional, tutorial or short story varieties in those titles. So would the same marketing model work for online videos?

Some Videos That Are Not Worth Paying For
One area where the survey respondents said they would never pay to watch videos for was; poor quality user generated videos or non professional amateurish videos. So it’s recommended that when producing videos, they should be of the utmost, highest professional quality that’s possible. One other area where viewers would never pay for video was current events or news stories.

For those video professionals who have the proper equipment and resources, with an active targeted audience and the creativity to be able to create top notch video content, things are looking good for you. This however doesn’t apply to the majority of Internet business owners.

There was an overwhelming amount of online video viewers who said they would be willing to watch short embedded video ads, if that meant they could watch premium content for free. Sounds much like regular TV. So one business model that you can create as a video marketer, is packaging ‘premium’ video content, and then embedding advertisements into the video.

On the other end of the spectrum, over 55% percent said they would just rather pay to watch premium video content without the ads. So, if you have video content that is popular, then your “premium content” video channel should survive without advertising.

Ways Online Videos Can Generate Revenue
• On your website, you can create a landing page for your videos. You won’t be required to sell anything directly on the video, but instead create specific landing pages that are relevant to the videos’ content. This way, you can keep your viewer in the same train of thought from the video, which should be closer to the goal that’s set forth, whether that be a sale, an email submit or a download.
One Example Is our video site: Video Clips Of
Where exclusive or ad embedded videos can be shown, with an Opt-In form or a Banner Ad of the product placed directly below the video, above the fold.

• Consider some type of paid advertisement that’s linked to your video. This may cost money initially, but if you’ve got some compelling content, such as an exclusive how-to video, or you need to make a big splash announcing your companies products or services, this may be a good option. The market is extremely crowded however, so getting your video to go viral is imperative to the final end game, which was the reason why the video was produced.

• Try including a coupon or a special limited promotion code in the video. Coupons or ‘The Daily Deal Of The Day,’ as you know are all the rage right now. So try taking advantage of this. If you have ever made a video that explains your product’s new features, then place a coupon code into the video, so the viewer will be able to act upon impulse. Also, this will give your viewers a good reason for them to subscribe to your video feed.