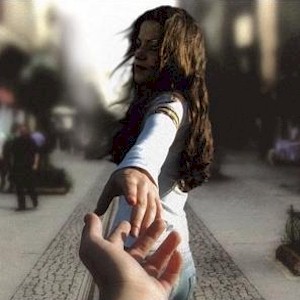 You’re at a friends or a relatives house for the evening, and the time is flying by. You enjoyed the gourmet meal, then got wrapped up in good conversation, and wish that you could stay longer. However, there are signals which hints, nags that it’s time to go, that it’s time to say thank you and bid your farewells.

So should you be acting on this impulse or not, or will they be insulted if you decide to leave too early. You’re at work, and you’ve been called into an important meeting with your boss, this to discuss the project that’s been assigned to you. You’re asked a variety of questions, and you answer them the best you can.

Once the meeting appears to be over, you’re thinking that you should be giving thanks for the time, then excuse yourself while you get up and leave. Or would that be too abrupt and inappropriate, as the meeting may not be officially over.

When It’s Over
When it comes to long-term relationships, it can be more difficult to recognize, this when your time with your partner is coming to an end, that things are headed to a halt, permanently ending for good.

You’ve both become too well aligned, both knowing and taking care of your respective functions precisely when it comes to the relationship, this whether it’s the household tasks, or the decisions when it comes to your time together.

This is all well, good and safe, but the spark is gone, there’s no more excitement, its become stagnant. Are you just staying with your partner out of habit, inertia, as you’re both looking elsewhere, both looking at other people to satisfy your needs.

Beginning Of The End
There’s a variety of ways on knowing how to make a good first impression, this to get a job, find friends, find a relationship, that business deal, getting started off on the right foot.

What becomes difficult is knowing how to make these good first impressions last, this by leaving at the appropriate time, this to not overtax your stay.

What’s known for certain is that once a relationship ends, there’s focus on how to recover after the breakup and how to move on, but very little information on knowing when or how one should make that ending occur.

Knowing When To Leave
There’s a difference when leaving certain situations, this based on how long you knew each other, how long or deep the relationship has been, or if you don’t know or like each other that much.

Some signals that an interaction might be over, are verbal reinforcements such as, “okay,” “uh-huh,” or “sure,” or nonverbal behaviors such as shaking the others hand, leaning forward, or breaking eye contact.

Leaving can be either subtle or direct. When saying goodbye, you’re wanting to indicate that things are over, hopefully leaving on a positive note.

If You Leave Me Now
No one ever want’s to be left alone, as what someone leaving can do is tap into the fear of being abandoned.

Once saying goodbye to someone that you know or care about, or you won’t be seeing too often in the future, if ever, what can overwhelm are feelings of panic and being alone.

Once someone happens to say goodbye, this when you’re not ready for it, can do is similarly provoke deep sadness and loneliness. Attachment theory stems from how we reacted and felt as infants, which sets the pattern for all of our subsequent relationships.

• Timing Yourself – If you know there’s a certain limited amount of time with someone, gauge the signals that you send by mentally keeping track of how much time you have, while not making it obvious
• Read Their Signals – Sense if it seems that they’re getting ready to leave, makes it easier for that person to announce things are over. If you’re both equals, then you’re in more control of the situation. So sense whether they’re ready to move on
• Show Nonverbal Cues – Provide subtle messages such as bodily position or breaking eye contact, this before getting up and walking away. Give them time to get familiar that your leaving is about to occur
• Don’t Fidget – Don’t show that you’re bored by yawning or show distracted signals. Although you’re ready to leave and have decided to do so, never make it a long dramatic process
• State Why You’re Leaving – Make them aware if they don’t realize or are ready for it, that you need to be elsewhere or have another appointment. If it’s more permanent, such as a relationship, don’t just get up and leave, but explain why
• Be Firm – Dragging out goodbyes only makes it more painful for the other person. It’s also possible they want to leave as well, so agreeing that things are over, shows you support their feelings
• Be Honest – If you’re bored and that’s the reason you’re leaving, it won’t help to say so. If you’re leaving for a valid reason however, which won’t upset that person, then be blunt
• Respect Their Status – Status does matter when leaving. Someone who has a higher rank, has the “right” to end things. If you do so first, it may appear rude or disrespectful

Know When It’s Over
What’s known is that any beginning, starting, or meeting someone for the first time is far more exciting than the ending, or how it ends, or knowing when it ends to call it quits.

Most often, to find the ideal and most humane way to ending interactions with others, should provide a feeling of satisfaction and fulfillment for both. Since leaving on good terms isn’t always possible, strive to be as courteous as possible.

Reasons You Need To Take Control Of Every Situation In Life