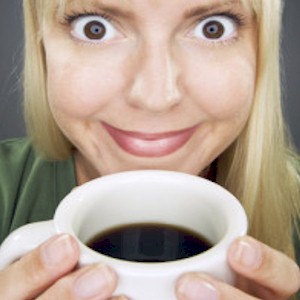 We all convince ourselves of the advantages of drinking coffee. It keeps us alert, our brains perk up. But know anything that’s artificial has it’s drawbacks, this especially when it comes to our internal performance. Yes, there are flaws to drinking the java.

For most, what coffee offers is potential, which has extended benefits on our daily lives which we hope outweighs the negatives. Some are also wanting to cut back on their caffeine consumption, and as any coffee drinker will tell you, is easier said than done.

What most don’t realize is that the ability to remain calm or managing ones emotions under pressure is reflective of their performance. What’s also known is that the elite 95% percent of the top achievers in industry, all have high emotional intelligence.

These individuals are extremely skilled in managing their emotions, this especially when in situations of high stress, as they’re able to stay in control while remaining calm. What drinking coffee is believed to do is detriment this ability.

The Boost In Adrenaline
What drinking coffee does is it triggers the adrenaline gland. Adrenaline is the source code of the well known fight-or-flight response, which is a built in survival mechanism which forces you to decide if you want to stick around and fight, or turn and run the other way.

The fight-or-flight is a primitive mechanism which overrules rational thinking to respond quicker in case of danger. This is great if a rabid dog is chasing you, but not that great when you’re responding to an irate email.

Once caffeine puts your brain and body into this hyper state, your emotions will overrule your behavior. Anxiety and irritability are the most common emotional effects of too much coffee, while it also activates every one of your emotions to overreact on impulse.

These actions can temporarily deprive the brain of the oxygen that it needs to keep you thinking rationally.

The Injection Of Java
Most drink coffee because it injects them with alertness while improving their groggy mood. There are studies which suggests that caffeine can actually improve certain cognitive performance, such as extending attention spans and memory, but usually just in the short-term.

What these studies don’t take into account are the habits of the caffeine drinkers. Research shows that performance does increase because of its intake since the coffee drinker experiences a slight jolt in the brain, this until the withdrawal symptoms activate.

It’s also found that this improvement in performance that’s fueled by the caffeine can’t existent without a withdrawal. So what coming off a caffeine “high” does is it reduces ones cognitive performance, at times having a negative effect on mood.

The only way to get back feeling normal again is by drinking more coffee, which can at times feel like one is reaching new heights. In reality, all that the caffeine is doing is just taking their performance back to feeling caffeinated again, this until it wears off.

Its Effect On Sleep
Once you fall asleep, what your brain does is it recharges. It shuffles through the events of the day, storing just the important memories while discarding others, which causes dreaming. All this on the intent that you’ll wake up alert tomorrow.

Your information processing speed, memory and focus, are all reduced once you don’t get enough of the proper kind of sleep, and your brain is extremely fussy when it comes to this.

For you to wake up feeling completely rested and restored, what your brain needs is to process through an elaborate series of sleep cycles. It’s known that you can assist this process, improve its function and the quality of your sleep by reducing caffeine.

What’s known is that caffeine needs a full twenty-four hours for it to flush itself out of your body’s system. So if you have a single cup of coffee at 8AM, you’ll still have at least a quarter of it still remaining in your body at 8PM.

Any caffeinated beverage that you have after noon, you’ll still have at least 50% percent of it remaining at bedtime. Any caffeine that’s still in your bloodstream, makes it that much more difficult for you to fall asleep.

Once you do fall asleep, it doesn’t end there. What the caffeine does is it disrupts the quality of your sleep by reducing the valuable rapid eye movement or REM sleep. This the critical deep sleep that your brain needs to recuperate and process emotion.

Once caffeine disrupts your sleep, you’ll wake up with an emotional handicap, moody and tired. Then you think the cure is grabbing a cup of coffee or an energy drink to fast track your alertness.

What the new injection of caffeine and the lack of sleep does is it leaves you feeling tired in the afternoon, so more caffeine is added, which becomes a continuous “Catch 22” cycle when attempting to fall asleep.

Withdrawal Symptoms
Since caffeine is an artificial stimulant, it can be addictive. Once you decide to lessen your caffeine intake, what’s recommended is doing so as slowly as possible to regulate its effects.

What’s known for certain is that the withdrawal of caffeine does is it causes fatigue, headaches, moodiness, and difficulty concentrating.

Some chronic drinkers even report flu like symptoms, depression, and anxiety disorders, this by reducing their intake by just one cup a day. Slowly reducing the caffeine dosage on a daily basis appears to be the best cure to alleviate these withdrawal symptoms.