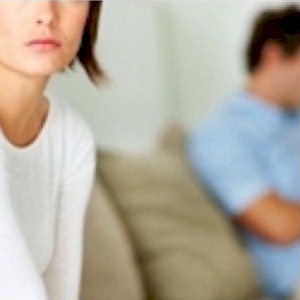 After all, that’s what we’re conditioned to do as humans, to become functional adults, to find a mate and then start a relationship that works. That’s the duty of two people in this world, to combine forces, to unite as one, all this for a committed long lasting relationship.

This they say is one of the greatest joys of life and considered a feat to behold, an accomplishment. A loving relationship of solidarity that’s bound to be the foundation of a meaningful life, to become our anchor, this amid all of the difficulties and uncertainties of life.

But then you hear a thud, something’s amiss, this holy matrimony goes off the rails. 42% percent of marriages now end in separation then divorce, and the breakups are more frequent among those who are unmarried and living commonly.

So why such a fracture. The reason being relationships aren’t automatic, they don’t go on autopilot, what they need is commitment, self-awareness, the willingness to adapt, change, and grow.

The most difficult bridge to gap is learning to shift from “me” to “us” as becoming the central united focus. The most committed of relationships can usually survive the ups and downs, while certain behaviors create permanent damage.

Relationships break once you focus on your own needs first, this when making important decisions or even the day-to-day interactions. If you don’t communicate, your partner will feel resentment and uncared for.

Unbalanced Narcissistic Selfishness
Narcissism, which is a self centered personality disorder, encompasses a variety of features, such as superficial charm, manipulation, a lack of empathy, all for ones own advantage.

When relationships begin to tilt, family or friends suddenly becomes more important, money is spent but not told, the partners needs or opinions aren’t taken into consideration, all which damages the bond.

Demands are made without regards to how they feel, they’re berated for not meeting certain expectations, this without their situation or perspective being considered first. Their needs for intimacy are ignored, all which creates wounds which can become difficult to repair.

If this sounds familiar, then reverse the roles and think about how you would feel if they acted the same way towards you. Instead, learn to become grateful by expressing it in words and actions as often as possible.

Bursts Of Outrage
Minor arguments and disagreements are expected in any relationship, while constant enraged screaming at each other can burn it. Unhappy couples get into negative cycles, where any slight will create a fight, which escalates into accusations on the others intent or character.

It’s easy to hurt the ones that you love the most, this because you know exactly where they hurt the most, where they’re the most vulnerable. The conflicts makes it easier for you to lose emotional control.

Everyone has a variety of issues to juggle, everything from kids, work, the mortgage, the finances, all which can trigger stress at any time. Then your brain goes into the “fight or flight” response, as you begin to perceive your partner as being a threat, forcing you to become defensive.

To avoid further damage, it’s best to confront each other on the various emotional vices, grounding yourselves to the issues at hand, this without throwing daggers. You want to communicate that certain behaviors are upsetting.

Can’t Trust You Anymore
The sacred commitment, “For better or for worse” needs to remain true for a strong foundation of growth. Breaking ones trust however, destroys this condition. The relationship might survive but it will forever be dented.

Around 30% percent of all men and women openly admit that they’ve had an affair outside of their marriages, the key word being “admit.” These percentages elevate for those living commonly. Once exposed, these relationships usually ends because of the infidelity.

This infidelity can cast a wide net, such as having an affair with someone, having “emotional affairs” such as openly flirting, or online dalliances on Facebook, can all crack a relationship.

It’s found that women especially become distraught once they find that their partner is having an ongoing close emotional connection with another person. Infidelity acts as emotional trauma to the partner that’s betrayed.

Then they feel anger and insecurity, becoming obsessed with what their partner is doing when they’re not there. Usually, outright lying, becoming deceitful or defensive to cover up the infidelity often results, furthering the gap.

Once either partner crosses the line of infidelity to any degree, it becomes important to discuss it immediately or even seek out counseling. The partner committing needs to take full responsibility for their actions, this by making amends, this by being completely transparent regarding their actions.

The Relationship Always Comes First
The relationship should be the first priority. What education, or all the sappy romantic movies won’t tell you is that relationships are hard work and a daily commitment. This agreement takes a backseat once life interferes.

Once you stop talking to each about your hopes and dreams, you become distant. The spark, the fun is gone, and then you begin living separate lives. You both spend the entire day at work, or the other deals with all the domestic duties, what’s lost is common ground.

So it becomes important to touch base throughout the day, to listen to your partners concerns, their events. Start doing all of the fun activities which you’ve once enjoyed doing together, recapturing the past. So go see a movie, bike riding, hit the dance floor.

Other damaging influences on relationships can be needy friends, demanding in-laws, efforts to keep up financially, which all results in abstinence. So stop and take inventory on how you’re spending your time, and make sure that your partner is the priority.