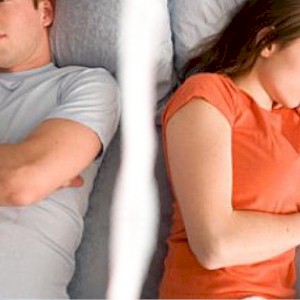 What all relationships deserve is an invisible shield, a certain space so you can function, this to keep your personal integrity. Most have the sensible tact to respect these personal boundaries, this without hopefully needing to tell them once they cross the line.

There are some however, who blatantly have no idea where they end and where you begin. Odds are that those who attempts to invade your space, on purpose or not, aren’t actually thinking about you, or how they’re violating your space, and how it affects you.

What they clearly feel is entitled to get whatever it is that they want or ask for, this whenever they need it, this because they or their needs are far more superior than yours.

Crossing Borders
Most when young or from different cultures have no idea where they stand socially in a crowd. Some have difficulty dealing with trust because of inconsistency, instability, the invasion of privacy, which can pose a threat or alienate.

Many in this situation then develop poor self-esteem, while fear losing a relationship since they have no idea how violating or damaging they are. They may also feel anger or guilt since they don’t engage better.

Physical Violation
Perhaps the most obvious is physically moving into ones personal space, inappropriately touching without permission, becoming too familiar, sexual overtures, touching things that don’t belong to them, or threatening gestures of physical harm.

While there are some who non-verbally invites or entices these actions, what needs to be established is understanding to respect this space, as opposed to those who are just looking out for themselves, and don’t care which boundaries they cross.

Emotional Boundaries
There are those who targets and then preys on your vulnerability or lack of self-esteem. They’ll take whatever you’ve told them in confidence, and use it against you.

They’ll criticize, demean, judge, manipulate, or make fun of you or your thoughts and beliefs, attempting to intimidate, or try to make you feel guilt or responsibility.

They make unjust requests of your time, constantly demanding that their thoughts are far more important than yours.

Verbal Violations
Which includes you not allowed to talk or be heard. They’ll raise their voice or begin shouting at you, saying things which are derogatory, insulting, accusing, or inflammatory, gossiping about your integrity or character.

Draw The Line
From a social and safety standpoint, you need to know when they’ve crossed the line, that space which is rightfully yours. There are certain actions that you can take to protect yourself.

Know Yourself Better
Get to understand your boundaries by knowing what you value. Gain access to your inner mindfulness, this by developing while becoming familiar and comfortable with your emotions, beliefs, and strengths.

The intimacy that you experience within, then becomes your personal relational barometer. The better that you know yourself, you’re then able to better choose and understand others who can best mirror the kind of life experiences that you want.

Respect Yourself
Calculate all of your experiences, especially the mistakes that you’ve made which helped shape your current character, the person who you are today.

No one other than you, regardless of how persuasive someone may be, should be able to define or attempt to control or alter who you are.

Once you acknowledge who you are, you should also expect that others will treat you with this same respect, otherwise, don’t engage with them.

Taking Full Responsibility
Become aware, develop the capacity and the will for active conscious involvement. Know yourself well enough to set your own boundaries, then tell others how you want to be treated.

What you’re doing is setting your own guidelines, your own limits regarding who can come into your inner circle, your personal space, and what you expect from them once they’re there.

This includes how you want to be treated, spoken to, touched. What you say goes, no exceptions, regardless of what others may think or believe. Excuse those out of your life if they don’t comply to the boundaries that you set.

Be In Charge
Be in complete control of what your choices are. This includes giving you the right to change your mind or altering the direction of your life choices at any time.

Never feel that you owe anyone anything, especially those who mistreats you, disrespects your wishes, refuses to listen to you, and shows no intention of changing. Just walk away without feeling fear or guilt, and don’t bother looking back.

Separate Yourself
It’s possible to be emotionally attached to someone while being intellectually detached. That you’re able to separate your thoughts and beliefs from others.

You know your boundaries are different than theirs. This detachment creates your personal expression which minimizes emotional and psychological entanglement. Maintain a healthy perspective on others, this without creating conflict.

Know The Warning Signs
Avoid those who has their own agenda who doesn’t care about invading your personal space for their advantage. This isn’t a difficult thing to recognize, this since it’s so obvious.

At times, the more you resist their attempts to engage, the more desperate and persistent they become, this to the point of becoming insulted. They don’t like rejection so they up the ante.

Don’t Bother Fixing Them
Trying to fix others is the attempt to alter love, attention, or validation. It’s a complete waste of your time and energy if you try to fix them. They’re not most likely interested in becoming any one else other than who they are.

What you also don’t need or want is to fix those who are self serving anyways. Those who constantly wants to tell you what to do, or tell you what’s good for you. Avoid these empty lives.