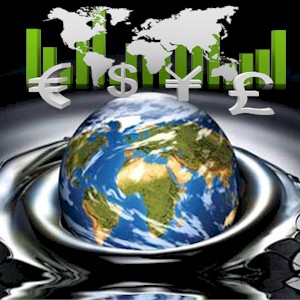 This for those who trade or speculate in the movement of currency in the financial markets, specifically Forex trading. Why you should be tracking the fluctuations of a certain commodity which appears completely unrelated. The following are the reasons to track the price swings of the global oil market.

If you’re a Forex trader, there’s an extremely strong argument why you should be. The reason being the link between the most important currency trading pairs in the world will predictably rise and fall based on the price of oil.

Oil for decades has been one of the key indicators on the state of the world economy, and the foremost experts predict that this won’t change any time soon. The connection which exists between the economy of a country and the price of oil is based on a few factors.

The Relationship Between Oil And A Country’s Economy
• The leading nations which has the healthiest supplies of crude oil, their economy’s will benefit the most because of higher oil prices
• Countries who depends on importing oil for their energy needs, will benefit whenever the oil prices are lower, and not as well once the oil prices rise
• If the economy of a particular country is strong, its currency as a result is also strong
• Once the economy of a particular country takes a downturn, its currency then loses value in its exchange rate when based against the other major currencies

The Rise And Fall Of Oil Prices
The ever changing price of oil is a good indicator of what can happen once certain factors influences its price based on the supply of oil. The basic rule of Economics 101 class was that the higher the oil prices become, consumer spending as a result will usually slow down.

This rule applies for all industrialized countries which are petroleum reliant. The price of all goods manufactured fluctuates directly on the price of a barrel of oil that they pay.

Once the price of oil rises, so does the production as well as the prices for the majority of their consumer goods. Also, the direct expense for the consumer rises, as they’re forced to pay more to fuel their cars and heat their homes.

The net result then becomes a downward spiral in the economy of that particular oil reliant country, until it hits a rallying point which begins the trend back up again.

The Volatility Of Oil Prices
The experts and speculators who track the oil market are constantly split on which way the oil prices are headed, and how far they’ll go. Influences in it’s movement are based on world politics, the weather, and the actual supply and demand at certain times of the year which moods these volatile prices.

As a result, the price of a barrel of crude could easily increase, as recently witnessed, by say over 65% percent during a calender year, and then drop a period later such as near the end of the year. These price movements are based on fundamental influences.

What Does The Price Of Oil Have To Do With Currency Trading
Another lesson that we’ve learned in Economics class is that when it comes to currency, that the exchange rates are usually predicated on the health of a certain country’s economy.

Oil And Currency Movement
• The currency for those nations which produces and exports oil will rise in value based on demand leading to rising oil prices
• The currency of the nations which imports most of their oil and is at the mercy of high oil prices, their currency will drop in value
• The most profitable currency trades involves a country which exports oil, paired with a country which imports most of their oil

Based solely on these points, Forex speculators are constantly keeping track of currency pairs such as: CanadianDollar/US Dollar, and the CanadianDollar/JapaneseYen pairings for the most potential profitable trades.

The Rise Of The Canadian Dollar
Canada, a friendly neutral country, for a while now has been leading near the top of the pack when it comes to the list of world oil producers, and is currently listed as the tenth largest exporter of oil worldwide.

Canada has also been one of the largest suppliers of oil to the United States, their closest geographical neighbor, while also getting considerable attention from the emerging oil hungry Chinese market.

China’s oil import needs are constantly on the rise and is expected to match the United States in demand by 2030. Currently, Canada is poised as one of the largest exporters of oil to China, which places Canada’s currency in an excellent position from a speculation perspective.

The Most Oil Hungry Of Nations
Japan imports 98% percent of its oil from abroad. Their strict dependence on importing oil as a result makes their economy and currency especially vulnerable when it comes to the fluctuation of oil prices.

If the price of oil continues to rise, then the prices of Japanese exports will then rise as a result, this weakening their currency position in the world markets.

So there’s always a strong correlation once the price of oil happens to rise, and the expected drop in value of the Japanese Yen, when traded against other currencies such as the Canadian Dollar.

History Then Repeats Itself
If the history of the world economy is to be regarded, oil prices won’t continue to rise forever, indefinitely. It will reach an apex as it always does, this since it’s the consumer who always bites the bullet and stops spending.

The economy will then slow down since the spending on oil based consumables are down, thus lowering the demand for crude oil and gas, which then eventually stabilizes, lowering the price of oil to more reasonable prices. Then the cycle of the oil and currency relationship starts all over again.