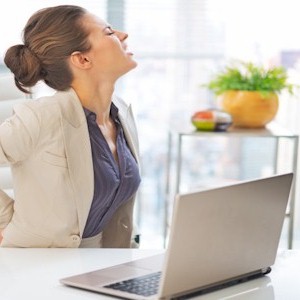 One of the biggest body pains as one grows older, becomes a bit creaky, is lower back pain. It’s estimated that 4 out of 5 adults will experience some type of this pain in their lives. It’s become a common health issue since back pain can reduce the quality of life.

Once you do get this back pain, what’s routine is visiting your doctor which prescribes medication, usually acetaminophen, which is the first line of relief. What research shows is that it may temporarily reduce the pain, but may be an ineffective long-term cure.

What the health community constantly encourages is the innovation of better methods to cure this pain. What’s needed to be developed and promoted are better more improved solutions for natural recovery, this to reduce lower back pain.

Exercise The Best Cure For Back Pain
Among those who had experienced chronic back pain, for those who did any type of exercise had close to a 40% percent lower risk of having future episodes of the same back pain, then those who did no exercise or just took pain relieve medication.

The key being that the type of exercise didn’t appear to matter that much, as long as it was comfortable and isolated that specific area.

Stretching, aerobics, strength training, and flexibility exercises, all proved beneficial when reducing the risk of recurring back pain. All that the body needs is regular activity to reduce the soreness.

What’s known is that when sitting for long periods of time, what you typically do is shorten certain muscles which are connected to the lumber region, which extends to the top of the femur and pelvis.

If these muscles remain short, they cause pain once you stand up, as they pull your lower back forward. There’s then a chain reaction of muscles which leads to that sharp pain. So just strengthening these associated muscles, reduces the pain and discomfort.

Remain Active Instead Of Sitting
It’s not really surprising that exercising helps to relieve back pain, while most remain skeptical thinking it may aggravate it further, and that rest is needed. The evidence remains strong that just staying active, such as doing Pilates is the cure.

What remaining stationary does is places more pressure on the spine than does standing upright. The worst damage to the back is realized once you’re sitting hunched over in front of a computer, this for most of the working day.

The discs in the back are designed to constantly expand and then contract as you move around, which also allows for the absorption of blood and nutrients.

When you sit however, the discs become compressed, while what continuous extended sitting does is increases the risk of they becoming herniated.

Realize that continuous standing can also become an issue, so the key is movement. What some are even encouraging is to not exercise as much, but initially just walk around more.

What’s recommended and appears effective is stepping away from your desk several times a hour, this to stretch and move around.

Causes Of Back Pain
Back pain can suddenly occur without notice, such as once the weather changes. It can strike out of nowhere, then persist over extended periods of time.

The blame can usually be place on poor posture, tension and strain in the muscles, improper lifting, and repetitive motion.

Stretching And Strength Training
Those who participated in extended stretching classes which emphasized the trunk and leg, realized just as much back pain relief as taking yoga classes. How you stretch is what matters however, as improper static stretching can lead to injury.

What’s recommended are specific posture based stretches, which helps in restoring muscular balance along with skeletal alignment.

What a regular strength training program can do is help strengthen the back along with the core muscles, which is fundamental for relieving pain while preventing injury.

Yoga And Tai-Chi
Performing yoga is particularly helpful when it comes to promoting flexibility along with strengthening the core muscles, this to passively reduce back pain.

For those suffering from chronic low-back pain who just took one yoga class a week, realized quicker relief than those receiving medication or therapy.

Tai-chi is a form of Chinese martial arts, a form of ancient self-defense which supports the “yin-yang” balance in the body, improving life energy or the flow of “qi.”

What tai-chi does is takes your body through a calculated specific series of graceful movements. The body remains constantly in motion, as movement flows directly to the next posture.

Is Back Pain Psychological?
Some claim that their back pain is an emotional response, as it’s some type of trauma from a previous physical injury. It could also be environmental toxins which subconsciously stimulates certain molecules in the central nervous system, known as microglia.

What these particular molecules does is releases inflammatory chemicals in the body once becoming stressed, which then results in chronic pain along with psychological disorders such as anxiety.

What the mind does is becomes filled with negative thoughts and emotions, which is a common way for the brain to cope with all the physical pain that the body is experiencing, such as back pain.

To Become More Mindful
For those who suffers from body pain, including back pain, what some experts recommend is expressive writing. This is where you write a journal of all the negative thoughts you’re experiencing.

What doing so does is it breaks up the psychological pathways which causes anxiety and frustration, which then allows you to reprogram your brain which releases all the physical pain.

Other mind-body techniques such as meditation, is also known to help. Those who learn a meditation technique such as focused attention, known as mindful meditation, all experienced less intensity from their back pain.

New And Improved Ways To Monetize Your Content Driven Blog