The Best Natural Foods Which Improves Your Mental Health 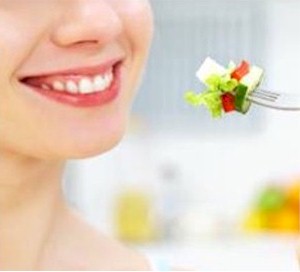 We hear about certain everyday foods which are able to improve the health of our hearts, which then effectively reduces high blood pressure, diabetes, and certain illnesses. But what about the mind and improving the functionality of the brain.

It’s now been proven that making just a few simple changes in our diet can alter while boosting the brains cognitive function as well as reducing symptoms of: irrationally, anxiety, mild depression, and other disorders that’s associated with mental health.

The majority of people who are wanting to boost their mental acuity, raise their brain alertness, will usually think of challenging their noggins more, by thinking harder, or by drinking gallons of coffee.

But it’s been discovered that the best methods of improving one’s mental health is by eating healthier. Similar to the other major organs, our stomachs also has its own nervous system which sends information directly to the brain by using the vagus nerve.

This is why we’ll suddenly begin to feel a bit queasy or nauseous once getting nervous, which may result in throwing up, or once we begin to get stressed out. Since the stomach is one of the biggest influencers of the brain, what we eat can significantly impact the actual functioning of it.

Listed are a few proven natural everyday foods which can positively help our brains function better.

Consuming Lean Protein
The foods that we eat, chewed, and then enters our stomach are then converted into neurotransmitters along with other chemicals. What this allows is for the different parts of the nervous system to be able to communicate quicker and more efficiently with each other.

Next to carbohydrates, proteins are the most abundant substance found in the body. The amino acid that’s known as tryptophan, which is a building block of protein, will influence one’s mood by producing the neurotransmitter known as serotonin.

Serotonin, which is usually referred to as the body’s natural Prozac, the lack of it is often associated with bouts of mild depression and irritability.

So by consuming lean protein from natural sources, such as: fish, chicken and turkey, beans and eggs, these foods are all able to help keep the serotonin levels better balanced.

Eating More Wholesome Grains
What may be more important are complex carbohydrates since they’ll facilitate the entry of tryptophan directly into the brain, which then reduces the symptoms of anxiety while improving overall cognitive function.

Glucose is the primary energy source for the brain which is derived from carbohydrates. What “simple” carbohydrates does is it exacerbates low mood symptoms by increasing spikes in the blood sugar which then affects the brain similar to what drug abuse can.

What complex carbs will do is release the glucose slower, which results in the stomach feeling full longer while providing a steadier source of fuel for both the brain and the body.

The most healthiest sources of natural complex carbohydrates include foods such as: wild brown rice, oats, soy, bulgur, barley, beans, and some wholewheat products.

Need For More Omega 3 Fatty Fish
The average diet is found to be sorely deficient when it comes to omega-3 fatty acids such as DHA and EPA, yet it’s high in saturated and trans fats which have proven to show negative affects on the brain.

Since the brain is one of the largest consumers of fat, our bodies are not able to properly manufacture enough of these essential fatty acids, so we need to supplement our diets with sources of foods which are rich in omega-3s just to meet our daily requirements.

The foods which are found to be high in omega-3 fatty acids are primarily cold water fish, preferably wild, such as: herring, salmon, and mackerel, along with: seaweed, and walnut/flaxseed fed chicken.

These foods have all been proven to reduce mild symptoms of depression, schizophrenia, and attention deficit disorder along with other mental disorders.

The scientific explanation on why omega-3 is so effective is because it helps in the production of certain neurotransmitters, which are the brain chemicals that’s associated with our moods, including: serotonin and dopamine. Omega-3 is also known to boost learning and memory as well.

Fermented Food Which Contains Active Cultures
What’s been discovered is certain fermented foods such as yogurt, which contains active cultures, along with others such as: kimchi, kefir, and certain pickled vegetables, all contain valuable healthy bacteria which is known as probiotics.

They’ve all shown to reduce anxiety by affecting the neurotransmitter known as GABA. Eating too many processed foods, by contrast, compromises the balance between the healthy and unhealthy bacteria that’s present in the stomach.

Dark Green Leafy Greens
Most of the dark leafy preferably organic greens, along with other vegetables such as: broccoli, romaine, spinach, mustard greens, lentils, beets, and turnips, all contain high levels of folic acid.

A deficiency in folate acid, along with other B vitamins have been linked to insomnia, fatigue, and mild depression.

Broccoli is a vital food since it also contains selenium which is a trace mineral that’s important to the function of our immune system and thyroid hormone metabolism.

Studies have shown that lower levels of selenium will contribute towards increased anxiety and fatigue. Seafood and chicken, onions, walnuts, and certain wholegrain products also contain selenium as well.

What You Eat Today Helps Tomorrow
Proper nutrition is always a key contributor when it comes to better mental health, but it’s just one piece of the puzzle. Making these changes in your diet may not be sufficient enough for everyone, and usually isn’t the substitute or solution for other forms of conventional medical treatment.

If you’re struggling with certain mental health symptoms, then it’s always recommended that you talk to your family doctor while developing a long term plan of eating better.

Ways To Profit From Stock Options Under Any Market Condition