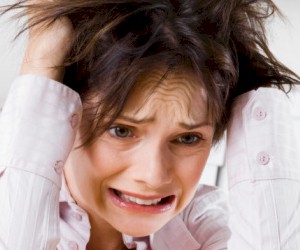 One of the biggest challenges for those who are chronically needy is actually deciding what they really want. It’s a natural and a basic human emotion for anyone to feel needy at times, but what exactly does the word imply.

Some may consider it to be the ultimate invective to hurl at someone, which conjures up images of desperation or panic. What this then projects are tearful pleas of someone pleading for another chance, or just getting angry.

Once the terror of being needy grips us, we then begin to feel that we’re losing control. Once we witness it, we then become overwhelmed or confused, wondering if reassurance will be enough. How can we possibly understand these situations, and more importantly, how can someone who’s needy find any relief.

The Definition Of Neediness
Experts are attempting to resolve this state of mind which is neediness. So the clinical definition would be an undifferentiated dependence which is placed on others, as well as feelings of helplessness along with the very real fear of abandonment and desertion. Those who are needy will often feel unhappy and hopeless until they get the attention that they want.

The needy always want something, usually externally which they could most likely do or get themselves, or they seek constant reassurance or crave undeserved attention. They’re also usually not quite sure themselves what they really want.

This may be the most vexing issue regarding those who are in need. It then drives them to constantly seek advice, love, contact, but none of these situations ever seems to quell, and there may be reasons why.

Once researchers attempted to dissect this raw emotion, they found that the one core common denominator was actually fear itself instead of needing or wanting something. So being needy may be considered the ghost of healthy dependency.

Since fear is the driver which motivates and engenders neediness, the only way to get rid of it is to somehow satisfy it. Overcoming neediness then is the attempt to disentangle the fear from the need, and there are methods on how to do so.

Begin By Reducing Stress
Once you do recognize that it’s fear that’s the biggest problem for the neediness, and not actually loneliness or wanting constant contact or attention, you can then escape the grasp of being needy by reducing stress or tension.

So go to the gym and then sweat it out, do yoga or meditation, go for a brisk walk, a bike ride, or a long jog around the park. These activities will instantly reduce your anxiety levels which reduces impulsive acts which are common to neediness.

Be As Direct As Possible
Researchers have discovered that healthy dependency when it comes to relationships involves you being more active and direct. So make clear crisp requests to your partner.

Since neediness is blindly reaching out when you don’t know what you actually want, or are certain what the attempt is, connectedness is all about depending on others effectively on specific items.

Controlling Your Emotions
Rather than impulsively acting on whatever you think that you need, instead just stand back and write them down, this regarding the feelings of need which you may be experiencing.

This will make it a lot more easier for you to recognize as well as express your needs more clearly, and it will teach you how to tolerate them better as well.

Evaluate All Of Your Relationships
Those individuals who may appear needy will often attract others, or will begin to serial date with those who reinforces and feeds their neediness.

Most will constantly crave some type of connection, much like everybody else will, but they’ll at times appear to express their desires which may be avoidance.

Make Sure That You Resolve Your Own Needs
Once you begin to fear or avoid your own needs, it then just intensifies the situation since you’re tempted to either disguise or hide them. What doing so does is it makes it completely confusing for others, making it more difficult to satisfy.

However you may decide to express your needs, whether it be reassurance, seeking out love, contacting someone, or just being closer, doing so will dramatically change once you begin taking them seriously, this since you’ll have a better understanding of where they come from or who they are.

The ultimate solution and the key when it comes to overcoming your neediness begins by respecting your needs for connection, this rather than fearing them.

Once you do so, the chaos and the revolving door of being needy will eventually dissipate to the clarity of becoming more intimate. Then everyone’s happier because of it.

The Best Natural Foods Which Improves Your Mental Health