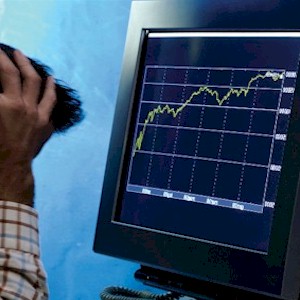 Let’s be honest… when you begin trading the Financial markets, such as Forex or Stocks, you’re going up against the best traders in the world. So if you’re thinking of doing this as a full time occupation, realize what you’re up against.

Take a professional athlete for instance, who’s involved in a team orientated participation sport. Depending on the sport, such as football, hockey, or basketball, on average, they’re on the playing surface for around 30 minutes a game or less, this when they’ll give their complete absolute best effort.

True, trading is a mental game compared to being a physical sport, but similar to a professional athlete, you’re required to be at your peak best for bursts of time such as 30 to 60 minutes at a time. During this period, you’re at your intense best, you’re completely in the zone.

For those who actually do decide to trade the markets the entire day will usually get burnt out and extremely fatigued. As a result, they’ll begin making poor decisions which leads to mistakes and financial loss. So it becomes vitally important for you to find your personal best time of the day, that exact period of the trading day when you’re physiologically and mentally at your maximum best.

For some, it may be the first few hours in the morning when the market opens, while for others it could be right before noon or during the afternoon or at night. The key is finding your own personal best time.

If you’re wanting to trade for a living, it’s been found that you’re the most effective if you keep the trading under two hours a day. But even staying completely focused for that period of time is found to be incredibly difficult.

Combine that with having to go up against the best professional experienced traders in the world, and you’ll need to be at your absolute best or you will lose trades.

Mistakes That New Traders Make
Stop Trading After Making A Few Bad Trades
Know that trading is a numbers game, and it’s primarily mental. But what the new trader will do is allow their emotions to get in the way after a few bad trades, and will then become trigger happy resulting in over trading, or will become hesitant and will stop trading once another promising trade presents itself.

The reason for this is:
The trader has no idea what the probabilities of the trading system that they’re trading are. They don’t know or realize that they should be winning 8.5 out of every 10 trades, for instance, if they execute properly and consistently.

They have no idea of the mathematics which is behind the system.

Secondly, they’re not in the proper psychological frame of mind to make the trade. If they had more faith in themselves and the trading system while knowing exactly what the probabilities were, the trader would then be disciplined enough to make the same trade, over and over again, and continue to do so without hesitation. The new trader doesn’t have this faith or discipline.

This is when having an experienced trading mentor is recommended as they will help the new trader in getting to and going beyond this particular point of the trading cycle.

The Markets Are A Moody Mistress
In some financial markets, even the most experienced of traders will go through “dry” cycles where they will execute losing trades for long periods of time, such as several weeks. So even the very best of professional traders will see their capital evaporate during these market fluctuations.

One thing that they know is the markets are always correcting itself and they can be extremely finicky. Several times during the year, most markets will do a complete fundamental overhaul on themselves where they lose all randomness.

During these periods of change, the experienced trader knows that things may become a bit quirky. These are the times when the best trading systems in the world won’t work.

So one of the advantage of using a mentor is when you’re not winning any of your trades lately, and then your mentor is also losing money trading the same market, then you’ll know it’s not just you and there’s something abnormal that’s happening in the market.

The best advice during these times is to cut back a bit, relax for a day or two until the market returns back to normal, and blame this on the natural cycle of the markets.

Keep On Trading On
What you also need to do is just keep moving forward and continue to trade. Make sure that you always keep pushing forward as once you hang in there long enough, trading the markets will eventually begin to pay off.

Never Trade With Real Money
Never open up a real money account when you’re a new trader or learning a new trading system. Instead, learn all of it’s nuances by using a practice account and continue to do so until you master it. So what you need to do during this time is use a demo account.

Practice makes perfect, so spend as much time that you need to perfect it. There will always be minor tweaks and bugs which you may not recognize immediately when you first begin trading.

There are also some trading systems which simply just won’t work for you. There are others which may work great, but may not fit into your particular style of trading, such as too much risk.

So what you need to do is find a solid system which suits your trading style. One that has a proven track record of success and also has the mathematical numbers to support it.

If you do begin trading with real money right away, doing so won’t give you the experience that you need to understand how the trading system works. You need to regulate its moodiness, and learn how you can tweak it to your style of trading for you to make money.

What will usually happen is that the majority of novice traders will get their “real money” accounts completely wiped out if they begin trading with their own capital immediately. This usually occurs once they think that they got it down pat and as a result begin trading too soon.

Then they’ll quit trading the markets as a profession and blame the trading system or the markets, and how evil the “zero-sum” nature of trading is, this when these reasons aren’t the blame.

Trading With Improper Tools
When you’re in the process of creating something, such as building a house or baking a cake, if you don’t have the proper tools, the right equipment, then you won’t be able to do it properly.

Similarly, what you need are the best possible trading tools at your disposal to be the most effective. This includes the proper trading software and a lightening quick computer to execute the trades. You’ll need the best possible resources such as the best technical indicators which are available.

What you also need when trading are accurate charts which are “real time” precise. You also need a quick order entry system which allows you to execute trades directly on the chart, this since you don’t want to take your eyes off the chart unless you need to.