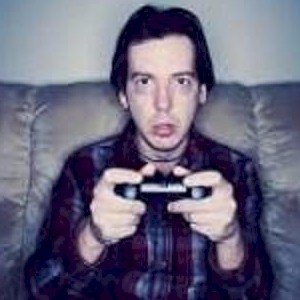 In this current day and age, there has been a complete transformation on how we think. Decades ago, we had to turn on our TV’s or radio for information and entertainment, read magazines and newspapers for current events, books and encyclopedias to learn something.

Then the marvel of the Internet, this technology aligned all this information to become instantly available. The Internet knows all. You can search and it will retrieve and provide any type of information that you’ll ever need, this at the tip of your fingertips.

The Internet provides a constant stream of ever changing current information for whatever you need to know, that’s instantly accessible almost anywhere in the world, on any device of your choosing.

Overcome With Virtual
We are now completely saturated with Emails, Instant Messaging, blogs, social media, message forum boards, which allows for public and anonymous communication on any topic you have interest in.

Preschoolers and senior citizens are now connecting and interacting with each other through the Internet, this to the point of addiction. Unfortunately, once any habit gets out of hand, the next natural progression leads to obsession. No one really knows how much is too much.

Out Of Control Obsession
Every industry, organization, governing body now relies on the Internet extensively for communication, to do their work more efficiently.

There’s constant usage of social media, which offers an instant and affordable method of staying in touch with distant friends and family members.

Spending all this time online can prove problematic, as it’s known to cause neglect of work, create antisocial behavior, relationship breakups, and anything else that shouldn’t be ignored, now is.

Signs Internet Usage Is Becoming A Problem
There are warning signs that the excess usage of social media has become a concern. The indication is that most will now socialize more online, than they will live in person with their friends.

This has become a disturbing trend, as most would rather now just slump over and bob their heads in the safely of their smartphones, and text instead.

What these individuals should be doing is smiling and conversing, forcing words to come out of their mouths. Otherwise, they’re showing signs of an Internet dependency problem.

If used responsibly, the Internet is the greatest method of communication, a way of interacting and meeting new people online, with the intent of meeting them in person. A way to reconnect with former schoolmates or distant relatives oceans away.

Online Is More Safe And Interactive
However, those who are on social media would rather just remain online, this rather than the horror of dealing with the anxiety and the nuisance of meeting someone in real life.

They’re given more freedom and creativity making virtual friends, so they could be whoever they want to be. No real life relationships can ever come close to competing with these wild fantasy personas that they create on Facebook.

As a result, those who are addicted to the Internet, now spend more of their time with their new online friends, hoping that they never have to meet them in person.

The Internet A Virtual Alternate Universe
You can be anyone or do anything you want on the Internet. Anything you wouldn’t normally do in real life, such as sports betting or online casinos. Any action isn’t out of the question, which ironically turns into an addiction feeding an addiction.

There are numerous accounts of bankruptcy, where entire bank accounts are drained out, as one decides to invest in the stock or the Forex markets online, seduced by easy money and the comfort of online anonymity.

There are some who will spend their entire evening and their entire paycheck, or drain out their saving accounts, purchasing goods that they don’t need, or bid on online auctions, just for the thrill, all displaying the symptoms of compulsive addictive behavior.

Hello My Name’s John And I’m A Gamer
Some will spend their entire weekend playing online computer games, completely isolating themselves from the outside world. These compulsive gamers will escape from reality, while feeding on pizza, chips, and soda, neglecting their life, work, and family.

These games become such a distraction, that they withdraw from the real world, that they lose sense of themselves. They become so involved that their loneliness, anxiety, boredom, and depression temporarily evaporates.

They become the new age version of the hermit, where they no longer eat or sleep properly, shower, find work, or bother showing up for real-life relationships. They do so because they don’t want to disrupt their addictive game playing.

Then There’s The Denial
They often feel guilt while becoming defensive about their Internet usage. Like any addiction, they begin to hide it from their boss or family, how much time they actually spend on the Internet feeding their various vices.

Most will sleep with their smartphones, while having panic attacks whenever they lose mobile service or their battery drains out.

The Symptoms Of Online Addiction
These are all symptoms of unhealthy habits, making one feel upset if they miss a text while eating dinner, while becoming irritated once anyone nags them to put their smartphone down.

This the growing dependence of Internet usage, where one is unable to stop or shut down. The Internet is a convenience designed to make life easier, provided it’s used for information and entertainment, and not obsession.

So when in the presence of others, reform yourself to smile, talk, eat, enjoy the company of people. There’s nothing on the Internet which can possibly replace real human interaction.