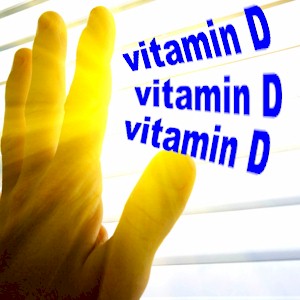 Vitamin D has recently received a lot of attention lately as it’s been recognized as an excellent regulator of phosphorus and calcium, which helps in protecting ones bone density.

More recently, there’s been studies to further understanding the direct functions and effects of Vitamin D, and it’s now known that it plays a significant role when it comes to better metabolic as well as increased immune system functioning in the body.

There’s evidence that deficiency in Vitamin D may also be associated with sleep problems as well, this particularly when it comes to daytime sleepiness. Another recent study has shown the link between Vitamin D deficiency and ones skin pigmentation.

Best Sources Of Vitamin D
Vitamin D is the only vitamin which is a fat-soluble hormone that’s absorbed in the body through food or supplementation. The most primary and naturally effective way which the body is able to accumulate vitamin D is from direct exposure to sunlight.

What regulated exposure to the sun does is it prompts our skin to self manufacture Vitamin D in our body. For those who have increased skin pigmentation or darker skin, however, what that does is it lowers the rate of the absorption and manufacture of Vitamin D.

So greater levels of skin pigmentation can be considered a risk factor when it comes to those who may be deficient in this vitamin.

Others who may be deficient include: the elderly, those who are obese, or pregnant. Those who receive limited exposure to the sun because of bad weather conditions are also affected.

Deficiency Of Vitamin D
A recent study supports a strong correlation between daytime sleepiness and deficiency in Vitamin D. One’s race, if they happen to be darker skinned resulting in more pigmentation, may also be susceptible to daytime sleepiness.

When taking all of these factors into account, it’s thought that there may be close to 65% percent of the population which may have a deficiency in Vitamin D.

How Much Vitamin D Is Needed
So how much vitamin D do individuals need on a daily basis. Similar to other dietary components, it can vary on the individual. This variance can be great when it comes to vitamin D since once it’s combined with exposure to the sun, one’s serum levels will vary.

Other factors include: an individuals genetic background, where they live, their diet, the actual time spent outdoors in the sun, body fat content, age, and the state of their health. Another factor is the plasma levels of vitamin D since it acts as a binding protein.

The reaction of vitamin D in the body will vary directly with the expression of the various isoforms of the vitamin D receptor themselves. Since controlled dietary studies are difficult to gauge in humans, the recommended daily intake for vitamins are usually a matter of opinion.

Most who live in an urban setting and don’t get enough exposure to natural sunlight, or their diets don’t supply enough vitamin D may require further supplementation, for example:
• A single serving of fish will contain around 200 to 500 IU of vitamin D
• A single cup of dairy product such as milk or yogurt contains around 100 IU

If you’re not getting adequate amounts of these types of foods on a daily basis, additional sources of vitamin D may be required.

The Varying Opinions On Vitamin D
The various health authorities around the world, the proponents who activity study the affects and results of vitamin D, some are recommending that the doses of vitamin D be increased.

The studies also support that higher levels of this vitamin is always preferred over lower amounts. Among the test subjects, there were significantly more who lacked vitamin D than those who had too much of it.

Of the 20,000 which were studied over a period of time, just 2500 or roughly 10% percent had adequate levels, or their amounts of vitamin D were too high.

Lack Of Vitamin D Can Have Psychological Consequences
Deficiency of vitamin D has proven to have certain medical as well as some psychological consequences. This since every tissue in the human body has vitamin D receptors, which includes the heart and brain, muscles, and the immune system.

What this means is that adequate levels vitamin D are needed to supply all of these areas, at every level, for the body to be able to function properly.

Vitamin D is also the only vitamin that’s a hormone. After it’s consumed or absorbed into the diet or by the skin via sunlight, it’s then transported directly to the liver and kidneys where it’s converted into an active hormone. The vitamin D which is now a hormone then assists in absorbing calcium which builds stronger bones and muscles.

Along with the role it plays in absorbing calcium, vitamin D will also activate the genes which regulates the immune system while releasing neurotransmitters such as serotonin and dopamine.

Doing so affects one’s brain function as well as its development. Researchers have discovered that the vitamin D receptors are present within the cells which are located in regions of the brain that’s linked to depression.