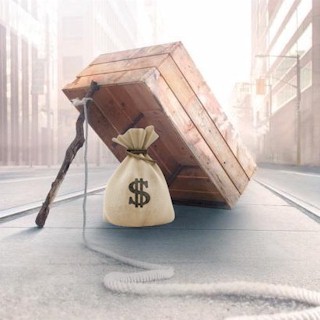 Addiction comes in all shapes and forms. The most obvious are the personal vices such as drug addiction or alcoholism, but there’s a variety of hidden ones which are ignored, and impossible for most to recognize. The reason being that these habits are also valuable and admirable.

This one particular addiction is rewarded with money, praise, along with a variety of other benefits, so how bad can that be. There’s a problem with it however, and it’s lethal. What it’s known for is its ability to destroy mental and physical health, well-being, and relationships. It’s a common four-letter word which begins with “w.”

It’s those who are “workaholics,” which is defined as being obsessed with or overly concerned about their work, this to the point that they’ll invest so much time and effort in their work, that everything else in their life is neglected or impaired.

To Kick The Habit
Similar to any other addiction, being a workaholic isn’t something that can be kicked once Friday rolls around, or even be reduced gradually.

Once someone gets on the treadmill of life, this to furnish and fulfill their material and physical needs, depends on their ability to generate income, which for most is work.

Although it’s not that easy, it’s possible to go “cold turkey” when addicted to drinking, smoking, or eating too much. We can’t however just quit our jobs and stop working, this unless we win the lottery, or are independently wealthy, which most aren’t.

Even if we are, what work does is provides a cushion to chase away pain, anger, or boredom, which can be more important than money. What working does is gives our lives meaning, purpose, and usefulness which increases self-esteem. Working keeps us occupied.

Lose That Loving Feeling
A huge part of our motivation to work, is driven by a need to fulfill a psychological void. We become blinded to the degree that it compromises or diminishes our overall quality of life, this just to meet these emotional needs.

Then what we lose is access and a connection to this extremely important source of fulfillment. What’s ironic, this in our quest to become fulfilled, is that once we opt for work, we lose touch with something that’s potentially more enriching.

To Choose Work
This really isn’t that surprising, this because it’s human nature to do things that we feel more skilled or competent in, than those areas where we feel less competent, such as nursing a relationship.

Most men become completely preoccupied and immersed in their work, this partially because they have three young kids a home, a pregnant wife, and there’s an obligation to bury their head and make money, this to keep the household in order.

So a huge percentage of their time and energy is devoted to work, this not just because of the need to “bring home the bacon,” but also because work is something that they feel more qualified at, and find more satisfaction.

Parenting and being a husband is far less fulfilling, at times boring, and something that they’re inept at, so they opt to contribute to the family by bringing home the biggest paycheck they can, this rather than contributing at home.

Resulting In Imbalance
What this decision leads to are predictable results, which is an unhappy frustrated marital partner, unhappy kids seeking more daddy time, which makes him unhappy. This because it’s difficult to be happy, when those who you love aren’t happy. Happy wife, happy life.

Being a workaholic is an addiction, which can be as difficult to kick as alcoholism. So if and when one decides to go cold turkey, and once more responsibility in the relationship is taken, or the roles are reversed, what’s realized is that “a woman’s or parent’s work” is never done.

Kick The Habit Role Reversal
Quitting a job or reversing roles isn’t an option for most, this because they can’t leave their jobs since there’s only one source of income, and that’s them.

What’s becoming the norm however are two income couples, as most families just can’t no longer survive on one. Then the pressure mounts to work harder, while realizing their productivity and indispensability becomes more intense.

Everybody’s Working For The Weekend
So this is the typical North American life in a nutshell. We go to school to learn, get educated, find suitable work, and then work for decades to provide for our families, this until retirement, and then you wonder is that it? Is that all there is to this thing called life, working for a living.

This is how the average household exists. It feels like a constant struggle. Work your buns off to put food on the table, while inflation terrorizes your efforts, as we constantly skid sideways and get nowhere.

All this while juggling our relationships, and appearing on the surface, this to our friends and family, that were fine, that we’re living the American dream.

Then there we sit, on the brink of retirement, sitting in our rocking chairs, expecting our kids to follow our lead, expecting them to start their own families, and then perform the same circus act that’s known as the rat race.

Have we all been duped by the elites, are we just puppets trained to keep the economy operating efficiently, this by working our knuckles to the bone, just to barely scrape by. What needs to be answered are these questions, but I need to get back to work.