The Proper Foods And Supplements For Better Eye Care Health 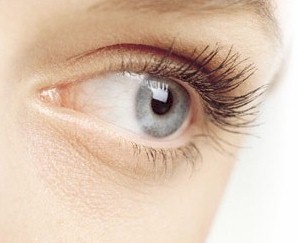 We are all aware that eating the proper foods and taking certain supplements can help in giving us smooth silky shiny hair or crystal clear healthy skin. But consuming certain foods can also help in boosting our eye care health as well.

Eye related health issues as we know them, such as glaucoma, macular degeneration and cataracts are usually dependent on two basic issues: proper nutrition and heredity, this according to optometrists.

For example, test subjects who were 45 years or older who received additonal doses of the following antioxidants, zeaxanthin and lutein, along with Vitamin E, resulted in they a lot less likely of getting cataracts, this according to a recent study.

What Causes Poor Eye Health
Bad lifestyle choices such as a poor diet leading to excess weight, smoking, and having high blood pressure are the key contributors to poor eye health. If you also have a family history of eye or vision issues, such as cataracts or macular degeneration, then it’s critical that you focus and pay attention on healthier eating habits which includes plenty of fish as well as organic green leafy type of vegetables. You should also get plenty of exercise to control any weight issues as well as keeping your blood pressure and cholesterol levels in check.

What You Should Be Adding To Your Diet For Better Eye Care Health
Protecting the health of our eyes as we age reduces the risk of five of the most common types of eye conditions which are:

Including the following supplements along with adding the following foods into your diet, while consulting with a nutrition based, holistic ophthalmologist or optometrist on an annual basis, should help you in maintaining proper eye care health.

The Foods That You Should Be Eating For Better Eye Health
Try eating at least two servings every week of fish which are rich in Omega-3 fats. The oil that’s found in fish reduces the oxidative stress that creates cellular imbalances in the macula. You can also take Omega rich fish oil supplements, the recommended amount is 1000 to 1500mg daily.

If you currently happen to be eating healthy amounts of ocean based fish on a regular basis, such as tuna or salmon, then you may most likely be getting what you need, but the majority of us do not.

A study that was recently conducted found that those who were 40 years or older, who supplemented their diets with Vitamin B6 as well as Vitamin B12 and folic acid, had a 33% lower risk of age related macular degeneration or AMD.

Folic acid as well as the B vitamins reduces the levels of homocysteine, which is an amino acid when present in the blood in higher amounts, has been linked to macular degeneration and advancing its progression. Taking these supplements also protects the eyes against AMD as well.

Zeaxanthin as well as lutein are plant pigmentation derived antioxidants that has proven to protect the eyes from UV radiation. So it’s recommended that you take up to 6mg of each on a daily basis.

Another study on eyesight health found that those who are 60 years or younger, who took 350mg of Vitamin C on a daily basis for at least ten years, all reduced the risk of developing cataracts by over 58% percent. But resist the urge on taking too much of this particular nutrient however, as higher doses of Vitamin C, approximately 1000mg in supplement form and not as a real food source such as oranges, has actually shown to increase the risk of cataracts. So it’s recommended that you take 300IU of Vitamin C as well as 400IU of Vitamin E daily.

Reducing Computer Screen Vision Syndrome
CVS or computer screen vision syndrome, can be reduced by taking 200mg of pure blackcurrant fruit extract, 1 mg of zeaxanthin and 5 mg of lutein on a daily basis.

Astaxanthin is a naturally occurring carotenoid that’s responsible for the reddish hues which are found in certain seafood’s such as shrimp and salmon, are also extremely effective in preventing eye fatigue. Bilberry is known to help in easing CVS by improving the blood flow to the eye. It’s recommended that taking 120 to 160mg of bilberry daily should be effective.

Reducing Dry Eye Syndrome
Those who wore contact lens and took evening primrose oil, which happens to be rich in linoleic acid, and extremely rich in Omega6 fatty acids, has shown improvement in symptoms of dryness of the eye. Taking 500mg, two to three times a day should relieve dry eye syndrome.

The Trouble With Glaucoma
[ad#co-1]
Glaucoma risk decreased by over 65% percent by those who consumed at least one serving per month of greens such as kale or spinach. Experts in eyecare health believe this is a result of zeaxanthin and lutein that’s present in these vegetables.

Carrots are not a myth, as they are another excellent source of lutein as well as zeaxanthin, which reduces the risk of glaucoma. For those who ate at least two or more servings every week were 60% less likely to develop the disease. So it’s proven and pretty obvious that both lutein as well as zeaxanthin are extremely critical for maintaining proper eye health. Both will work in protecting the eyes from UV radiation as well.

The final recommendation in maintaining proper eye care health is by taking 45grams of the Ginkgo Biloba herb. Taking at least 3 times per day, helped in treating glaucoma as well as lowering the pressure in the eyes which causes the disease. Ginkgo Biloba has proven to improve the blood flow to the eyes as well.

Keeping Your Mobile Devices Safe And Secure When Traveling

Using Facebook's New "Send" Button On Your Website Or Blog